[Editor’s note: We invited Katie Fallon, author of Vulture: The Private Life of an Unloved Bird, to share her thoughts on the negative attention vultures have received in the news lately. Here is the first of two posts she has graciously provided.]

Vultures are not the enemy, despite being portrayed that way in poorly researched articles recently published in various media outlets.

Vultures are an important part of a healthy ecosystem and contribute greatly to public health. In the United States, we have robust populations of both turkey vultures and black vultures; other parts of the world are not so fortunate. Of the 23 vulture species worldwide, 15 are of conservation concern, including 9 considered critically endangered. In regions where vulture populations have dwindled to just a fraction of their previous numbers, public health has suffered. A decline in avian scavengers can mean an increase in mammalian scavengers, and cases of rabies skyrocket.

Vultures help stop the spread of disease by removing carcasses and actually eating dangerous pathogens; our western hemisphere turkey vultures can consume and neutralize anthrax, botulism, cholera, rabies, and polio. Their strong stomach acid and gut flora allow them to sanitize our environment, and their scientific name, Cathartes aura, which means “to purify or cleanse,” reflects this.

While most of the recent anti-vulture articles focus on black vultures (and we’ll get to them in a moment), several news reports conflate our two eastern vulture species. Although both species are important scavengers that decontaminate our landscapes, turkey vultures and black vultures behave differently.

Turkey vultures do not attack live animals. The scientific literature mentions situations in which they have swallowed tiny fish and immobile nestling birds, but they are simply incapable of “attacking” prey. Awkward and slow-moving on the ground, turkey vultures plunge their featherless heads into carcasses to eat the soft viscera. Their beaks are made for tearing, and their “talons” are more like chicken feet—effective for standing on a carcass but not for grasping or carrying. The U.S. Department of Agriculture’s official publication on vultures, part of their Wildlife Management Technical Series, explains, “Reports of turkey vultures attacking livestock likely are mistaken identification of black vultures.” If you think you see a turkey vulture attacking a live animal, please record a video of the incident, because it would be groundbreaking.

When you read a one-sided article with a click-bait title about “flying fiends” or vicious enemy vultures, please remember the facts about turkey vultures, the birds the Cherokee called “peace eagles,” whose scientific name means “purifier.”

Which brings us to black vultures.

First, it’s important to understand that black vultures are not new. They are native to the United States. In his 1827–1838 Birds of America, John James Audubon describes the black vulture as “a constant resident in all our southern States, extends far up the Mississippi, and continues the whole year in Kentucky, Indiana, Illinois, and even in the State of Ohio as far as Cincinnati.”

Recent attempts to characterize these birds as invading “Mexican Black Vultures” are disingenuous. It is true, however, that the black vulture population today is growing and that individuals are showing up farther and farther north, probably due to a variety of factors, including a warming climate and readily available food sources on our highways. Additionally, vultures (like eagles, falcons, and osprey) were likely affected by widespread pesticide use and persecution in the first part of the last century. Perhaps what we’re seeing today is their population rebounding.

Audubon’s description of black vulture behavior is as true today as it was 200 years ago: “Although shy in the woods, it is half domesticated in and about our cities and villages, where it finds food without the necessity of using much exertion. Charleston, Savannah, New Orleans, Natchez, and other cities, are amply provided with these birds, which may be seen flying or walking about the streets the whole day in groups. … Hundreds of them are usually found, at all hours of the day, about the slaughterhouses, which are their favourite resort. … They follow the carts loaded with offal or dead animals to the places in the suburbs where these are deposited, and wait the skinning of a cow or horse, when in a few hours they devour its flesh…”

It’s important to note Audubon’s observation that black vultures congregate near food that does not require “much exertion.” This is part of what makes them so important to healthy ecosystems; they clean up what the big predators (humans, usually) leave behind: roadkill, gut piles, open dumpsters. They also learn where easy food reliably occurs: livestock operations where dead animals are pushed over a hill or buried in shallow graves, and farms where livestock births happen in the field.

Vultures (and other scavengers as well as predators) are attracted to animals in labor for a variety of reasons: the afterbirth is relatively easy to eat (no thick hide or hair to tear through), young animals are sometimes stillborn, female animals sometimes die while giving birth, and during the process weak animals may be vulnerable. The possibility of any of these situations occurring is enough to keep vultures hanging around a farm; these easy meals are the result of our animal husbandry practices. All vultures have to do is wait.

Although black vultures have been reported to attack vulnerable living livestock, this can be difficult to confirm. In addition to reviewing the scientific literature, I’ve spent considerable time on the Internet searching for videos of black vultures attacking live animals, and I haven’t found anything definitive.

Many videos show black vultures in the vicinity of already-dead cows or calves. One video shows black vultures following a cow, attempting to grab strings of afterbirth still hanging from her; it does not show the birds attacking the cow or calf, but comments on the video claim, “Here’s proof of vultures attacking cows!”

Even videos of farmers approaching clearly dead and bloated cows are given labels such as “Buzzard killed heifer.” An online posting forwarded to me showed a live cow with its nose and mouth bloody and mutilated; the original poster claimed that “buzzards” were the culprits and vowed to kill many.

Despite several commenters observing that it would be nearly impossible for vultures to inflict those wounds—and despite other commenters pointing out that an entire class of dogs were bred for centuries to attack cattle in exactly that manner—the original poster was steadfast in his belief that murderous Mexican vultures were to blame.

But let’s assume that the accusations against black vultures are correct, and the birds work together as a flock to attack and kill vulnerable animals. Certainly a large flock of anything could be deadly (which is what makes Hitchcock’s The Birds so frightening). A solution that is 100% effective against a flock of any size, of any bird species, is to secure pregnant or at-risk livestock in a barn. This also protects these animals from dogs, coyotes, humans, and other entities that could potentially do harm.

Another option is to get a large, flock-protecting dog, or to enlist humans to patrol pastures more frequently. These options require additional oversight and expense on the part of farmers, but given the benefits provided by vultures to all of us from a public health and sanitation perspective, such measures are necessary—and remove both actual and perceived threats from black vultures.

The USDA suggests several courses of action for deterring vultures in addition to securing vulnerable livestock, including habitat modification, scare devices, harassment, and, after an appropriate depredation permit is secured, shooting them. Despite the USDA’s claim that “additional documentation is needed to support the assertion that removal of a few vultures from a local population increases the efficacy of harassment programs,” some politicians and ranchers hope to make legally shooting vultures even easier.

But shooting black vultures on a farm is akin to hunting over bait—livestock operations create situations where the birds can, as Audubon said, “find food without the necessity of using much exertion.” Farmers would do better—for our ecosystem and wildlife communities, and also for their public image and their livestock—to employ non-lethal methods of protecting their animals.

Shooting vultures is an 18th-century non-solution; we can do better in the 21stcentury. After all, a healthy ecosystem is necessary for all living things—including humans and the animals we raise for food. 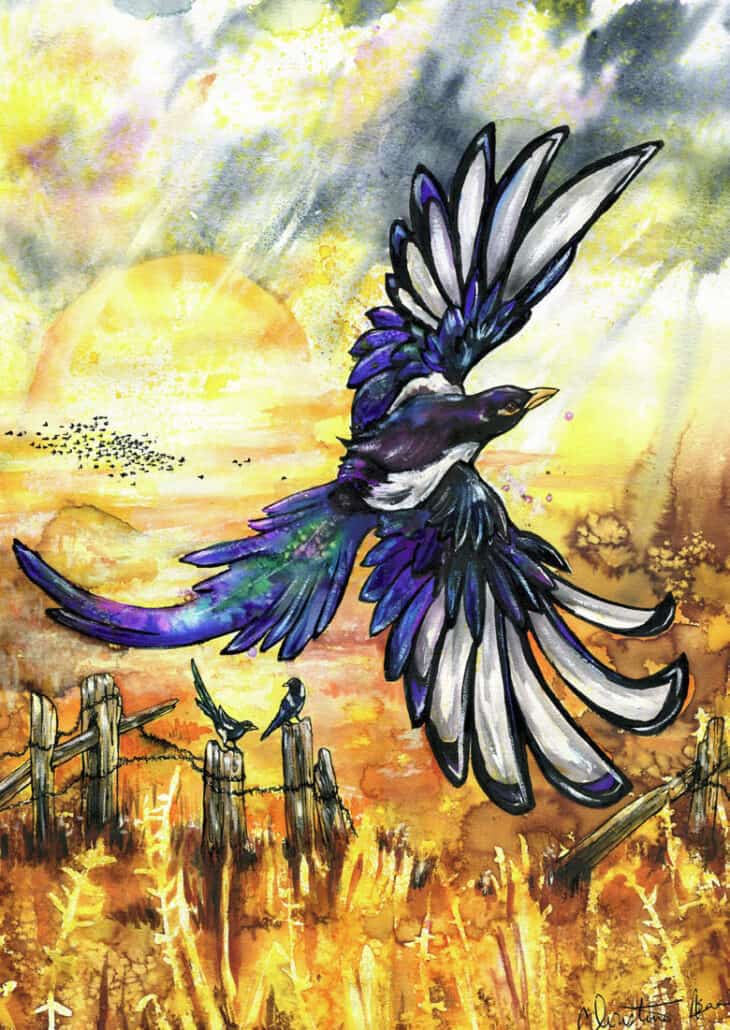 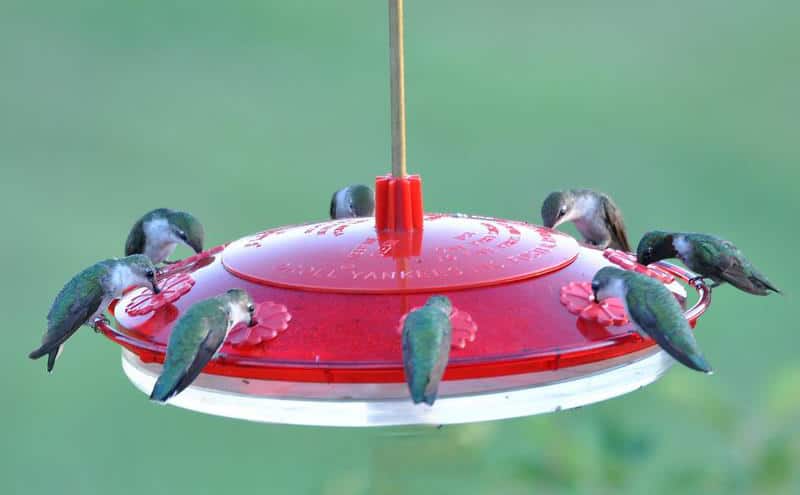 1 thought on “Vultures Are Not the Enemy”