[Editor’s note: We invited Katie Fallon, author of Vulture: The Private Life of an Unloved Bird, to share her thoughts on the negative attention vultures have received in the news lately. Here is the second of two posts she has graciously provided. Click here to read her first post.]

I’m not ashamed to admit it: Some of my best friends are vultures.

I’m not the only one. Many zookeepers, wildlife rehabilitators, bird trainers, and other folks who care for wild birds agree: Vultures and condors are charismatic, charming, and curious, and while under human care, they often make great ambassadors for their species.

I spend part of each day with two turkey vultures and a black vulture. Sadly, their injuries prevent them from flying well enough to survive in the wild, so they will have a permanent home at the Avian Conservation Center of Appalachia (ACCA), a nonprofit organization I co-founded to help conserve our region’s wild birds through research, education, and rehabilitation.

When asked, I usually say that turkey vultures are my favorite species. But I think my favorite individual bird is Maverick, a black vulture.

Several years ago the ACCA received a call about an injured vulture on (appropriately) International Vulture Awareness Day. I was very pregnant at the time, and my husband Jesse and I, along with our two-year-old daughter, walked around the parking lot, dumpsters, and building that housed a bar called “Maverick’s” in Morgantown, West Virginia. We didn’t find the injured vulture that one of the bartenders had called us about. (A “buzzard,” she’d said, and she couldn’t find anyone to come help the poor thing.) We went home disappointed, thinking about the suffering bird.

The next evening, a Sunday, our second daughter was born. On Monday morning we were resting at the hospital when we got a text from one of our ACCA volunteers. She’d caught the injured vulture at Maverick’s and delivered it to the veterinary clinic.

Our new baby was sleeping, so Jesse (a veterinarian) left us to go examine the new patient. I dozed off until he called a little while later. He told me that the vulture had a shoulder injury that would prevent survival in the wild; he was planning to euthanize the vulture. It could have been hormones, but the thought of euthanizing a vulture when our new baby was only a few hours old made me profoundly sad. I watched my baby sleep and asked Jesse to wait on the euthanasia if the vulture wasn’t in pain. The vulture wasn’t. He would wait.

After we hung up the phone, the new baby began to stir, and as I gently lifted her from the bassinet, I realized what her name should be: Cora. To honor, in part, the injured black vulture, whose scientific name is Coragyps atratus, and also after another favorite bird species, the common raven, whose species name is abbreviated CORA by bird banders.

The black vulture that our daughter Cora unknowingly saved would become our Maverick. The bird’s temperament seemed conducive to life under human care, so we applied for and were granted a permit from the U.S. Fish and Wildlife Service to keep him for use in educational programs that teach the public about birds, their natural histories, and the roles they play in our environment. Although he can never return to the wild, he has a very important job as an ambassador for his species.

Working with Maverick over the last several years has been enlightening. I didn’t expect to enjoy our training sessions as much as I did. I’ve trained or worked with a variety of bird species, and working with a black vulture has been different from the rest. We use positive reinforcement methods to train our birds, and we allow them to make as many choices as possible.

Maverick quickly learned to take bits of food gently from my hand as well as from a cup. He learned to jump to the perch that I tapped on with my finger. He learned to hop onto a glove for food, but he never wanted to stay on the glove—he would hop on, take his food bit, and then hop off. I tried for months to change this behavior before eventually giving up on it.

I decided the right job for Maverick—at least for now—would be for ACCA’s human educators to give short presentations from inside his enclosure to small groups during tours. He’s comfortable in his enclosure, and I think guests get a better sense of black vulture behavior by watching how he hops to different perches and how he eats—by reaching his head into a cup for food (similar to how a black vulture would reach its head into a carcass), by holding pieces of food under his feet while he tears and swallows chunks, and by the way he hops around and is agile on the ground. In contrast, a turkey vulture’s walking gait is somewhat awkward and slow, whereas a black vulture’s is quick.

Black vultures have been characterized as “aggressive” and “vicious,” but I’ve seen no behaviors from Maverick that fit those descriptions. Maverick’s is the only raptor enclosure that I allow my children to enter. They can sit on the ground with a cup of chopped-up mice and Maverick hops off his perch, walks over to us, reaches his beak into the cup to snap up the mouse pieces, and then hops away to a perch when he’s finished.

He cleans his beak by rubbing its sides along the rope-wrapped perch, and then he often flaps, rouses (shakes all his feathers), and preens. Cora (now age five) often asks to feed “her buddy,” and she giggles the entire time. Lately she’s been calling him “Mavericky.”

Maverick weighs about four pounds, and his veterinarian says he’s a bit on the heavy side. Indeed, Mav is well fed. We monitor his diet closely; he eats dead mice, rats, and rib chunks of archery-killed deer and sometimes road-killed or falconry-killed squirrel. He also eats hard-boiled eggs as a treat, and in late fall, pumpkins. In the past we’ve offered him dead quail and chicken, but he’s not fond of either.

Maverick has a variety of enrichment items (toys!); most are hollow rubber ball dog toys that we can slide pieces of cut-up mouse inside. We also offer him a large dish of brightly colored plastic balls with pieces of mice hidden beneath them. He knocks the balls out of the dish to find the mice, and he will chase the balls (especially orange or purple ones) when we roll them to him.

While the turkey vultures often retreat from a new object in their enclosure, and then slowly, slowly inch toward it to tentatively investigate, Maverick engages with new objects almost immediately. The ACCA’s staff and volunteers are charmed by Maverick; they find him reliable, funny, and curious. When new volunteers join, they’re often surprised by how much they enjoy this “scary” bird who is anything but.

Many people who meet Maverick for the first time also comment on how beautiful he is—his feathers are impeccable, and he spends a lot of time running his beak along each of them, making sure the plumes are dirt and parasite free. He bathes frequently in his large water tub, and stretches his wings wide afterwards to dry in the sun. His feathers are deep velvet black, except for under the ends of the wings, which are silver white.

His legs are gray and featherless until the hock joint, and his gray head is wrinkly and also featherless; many vulture species have featherless heads so when they plunge them into rotting carcasses, bits of flesh don’t stick to them. His beak is also gray, longish, and reminds me of tweezers or a thin clothespin; the end is hooked, but not as dramatically as an eagle’s or hawk’s.

He takes small, quick nibbles of food, and he uses his beak carefully, like a tool or surgical instrument. Maverick may be the only non-releasable bird in our care that has never bitten me, even accidentally. He’s used his beak to clean bits of mouse entrails from beneath my fingernails.

Maverick is just one black vulture. But when I read newspaper articles condemning black vultures as vicious and calling them “flying fiends,” I wonder if we’re even talking about the same species. Watching the way Maverick eats his food and how he interacts with his human caretakers, it’s difficult to imagine how a bird like him—a black vulture—could harm any living thing.

As a species, black vultures play an important role in healthy ecosystems by removing carcasses that could otherwise contribute to the spread of diseases such as rabies, anthrax, and botulism. It’s also important to remember that each bird is an individual with motivations (hunger, thirst, shelter), not a cruel, mindless demon.

I love Maverick; working with him has been one of the great joys of my life. I wish more people could spend time with him—or with any black vulture in a similar setting. If you can, visit your local wildlife center or aviary, and ask if they have any black vultures. I know of several centers across the country that provide homes for black vultures, and their keepers and trainers would be thrilled to talk with you. Spend some time observing a vulture up close. They’re remarkable birds; you, too, may make a new friend. 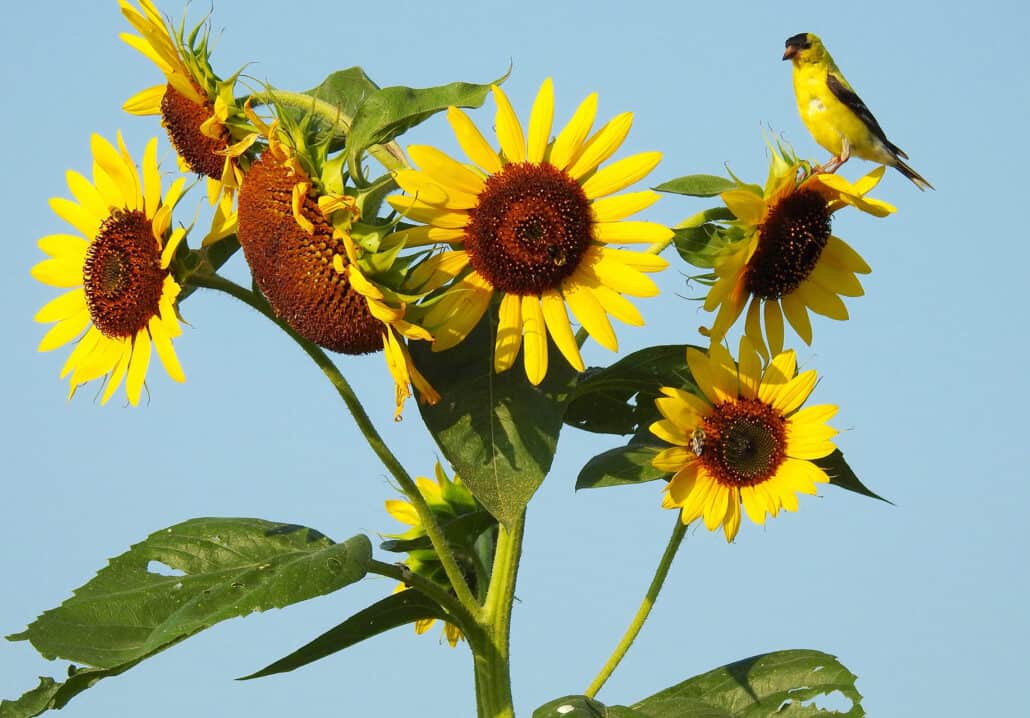 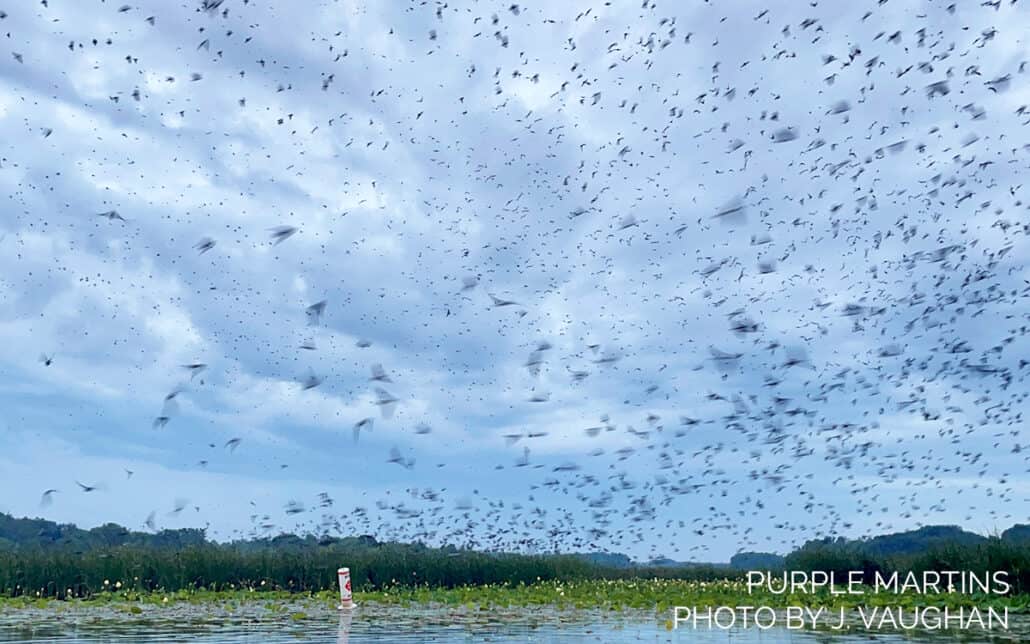 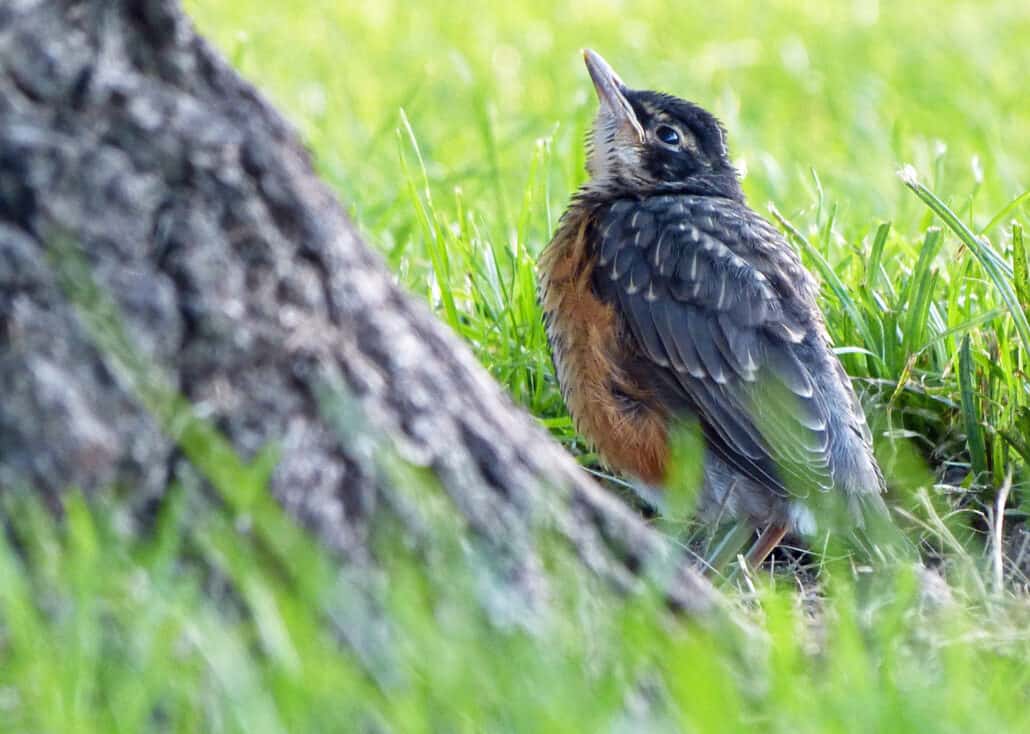 2 thoughts on “Some of My Best Friends Are Vultures”