It’s tiny—barely 5″ long—and it’s hard to find, hard to see, and getting harder to add to a life list.

The pose you have to strike to see one is standing, head thrown back as far as it will go on your shoulders, neck aching, peering up into the branches of an oak, watching for motion. And when you finally spot it and hear that maddening, hurried zur zur zur zur zur zreeee? coming out of its thin black bill, it doesn’t look blue like it does on the field guide page.

All you can see is a white belly and a thin black necklace, and you can’t see even that for long, so quickly does it hop from twig to twig. Unless—unless you happen to be looking down on one, as I have for a couple of blazing moments, maybe twice in my life. Then you get a shot of the pure heavenly blue stretching crown to tail for which the cerulean warbler was named, and it all becomes clear why a minuscule bird should bear such an angelic title.

Cerulean warblers like rich deciduous forest, heavy on the oak, with rich soil and steep slopes. Ceruleans like mountains and clear-running streams. And in that habitat preference, which puts their center of abundance in Appalachia, is most of the reason it’s getting so hard to find a cerulean warbler to check off your life list.

The mountains that ring with warbler song, that have towered over Appalachia’s streams and rivers since they first pushed up out of the ancient seabed, are being rapidly and systematically, if not cleanly, removed. Ammonium nitrate and fuel-oil explosives are pushed into their flanks, detonated; a huge cloud of earth and rocks shoots skyward; trillium and bloodroot, salamanders and box turtles along with it.

It is the vegetation that defines West Virginia for me, the riotous tangle of so many different trees, shrubs, vines, and wildflowers; ferns, mosses, and liverworts springing from the rich, wet soil, dripping with sweet rain.

West Virginia has grown wild like this for eons, and the evidence is compressed in layers in the shale, not only in the fine handprints of ancient ferns, but in ebony lines and layers, the compacted growth of millions of years of plant life. And in the kind of irony that only humans can create, we obliterate the living, breathing plants to get at the black, oily, compacted ones, the ones we like to burn as coal.

The mountains are clearcut, then leveled, their tops removed, their innards dumped down into the valleys below, stopping up, burying the streams, choking off the life blood of the land. They are flattened, scraped away, every sign of life destroyed, turned to moonscape. The rich loam, tens of thousands of years in the making, is blown away, and with it the roots and seeds—the future—of every plant in the ecosystem.

When mountains are turned inside out with explosives, heavy metals and other toxins in the bedrock—arsenic and selenium among them—are exposed. When this debris tumbles down the blasted slopes and into streams, water runs brown and odorous out of taps and fish turn up with severe deformities, dying in droves. Communities are forced to buy bottled water; in some cases towns downstream of the large operations become uninhabitable.

Between 1992 and 2002, there were 380,000 acres of mountaintops destroyed in West Virginia alone—more acreage than is in her state parks. In the past 20 years, more than 1 million acres in Appalachia—mainly Kentucky, Tennessee, West Virginia, and southwest Virginia—have been destroyed by mountaintop removal (MTR) mining. That’s an area larger than the state of Delaware. More than 1,200 miles of Appalachian streams have been buried in valley fills.

As quickly as citizen action or private environmental groups filed suit to stop violators, focusing on repeated releases of stream-polluting selenium from valley fills, the West Virginia Department of Environmental Protection filed its own suits, which supercede and block any citizen court actions.

However, since filing its suits, the DEP has sought no court orders to force compliance from the coal companies, which are thereby free to proceed with the destruction of mountaintops and streams. Blocking citizen suits and then doing nothing is the state’s way of allowing the coal companies to do whatever they wish, “part of its larger effort to immunize the coal industry from compliance with the selenium water quality standard,” according to citizen group lawyers Joe Lovett and Derek Teaney. The fox is watching the hen house in these hollows, it seems.

With no vegetation to absorb it, the monsoon-like rain for which West Virginia is famed creates catastrophic flooding in communities downstream of MTR operations. May 2009 saw devastating flooding that destroyed 300 buildings and severely damaged 1,000 more in and around Mingo County’s coalfields. A natural disaster? Well, the rainfall is natural. The devastation and flooding beneath the flattened, treeless coalfields follow naturally, too, but can hardly be called an act of God.

What’s to be gained in leveling and poisoning the landscape that makes the state so famously wild and wonderful? Coal. Enough coal to create a 51 percent chance that, when you flip on a light switch, the electricity that illuminates your room came from burning West Virginia coal. I hear it called “clean coal,” and I wonder what’s clean about it.

I know, intellectually, that there’s coal underneath Spruce Run Road, a winding trace that snakes up a mountain we call Muddlety, but all I can feel is what’s on top of it. Every roadside puddle squirms with chorus and green frog tadpoles. Gray tree frogs holler from lichen-covered tree trunks.

A box turtle makes its way from one side of the road to the other, followed by two red efts. Black-and-white warblers and American redstarts squeak their wheels, the haunting flutes of wood thrushes swirl everywhere. There’s a worm-eating warbler’s dry trill, and there is the jolt of a scarlet tanager against the maple leaves. We all gather around a big pile of bear scat, then kneel to examine a set of snake eggs exposed by the rain.

The sun peeks out, and an iridescent blue cloud of pipevine swallowtail butterflies appears as if by magic, fighting for a place on a pile of skunk scat. A tear slides down my friend Nina’s cheek, and then another. Like me, she has seen the white sign nailed high in an oak, with the permit number that means a coal company has been granted permission to obliterate this mountain, and everything that grows, sings, flutters, or plods across it.

Coal has always come out of the Appalachian Mountains, but it used to be mined from underneath, from within them. Excavation coal mining, which left the mountains over the mines largely intact, employed exponentially more miners than does MTR. The work of thousands of human miners is now done by a single operator in an enormous crane called a dragline, 22 stories high, that crawls over the gutted mountains, removing layer upon layer of rock and soil.

The waste, euphemistically called “fill” or “overburden,” is dumped downhill, filling streambeds and smothering the watercourses. It’s faster, more efficient; but mountaintop removal mining eliminates, rather than creates, mining jobs, and leaves nothing living behind.

Reclamation of MTR sites is anything but; the impoverished subsoil is hydroseeded with a spray-on mixture of exotic grasses, and what bird-dispersed scrub vegetation that then invades—exotics such as autumn olive, multiflora rose, Japanese honeysuckle—cannot be compared to the missing forest in any way. West Virginia mesic deciduous forests have natural species diversity second only to that of the Costa Rican mountains.

Spray-on grass seed can never reclaim the topsoil, the seedbed, the towering forest. Cerulean warblers will never sing there again; trillium, Dutchman’s pipe, and box turtles are gone forever. And in the words of West Virginia native Donna Branham, mountaintops do not grow back. Mountaintop removal mining is what they call it, but a quiet woman I birded with named Kathy, whose family has lived in the West Virginia mountains for five generations, had a different word. “It’s not mining. Rape, that’s all it is.”

For seven years, my husband and I have helped at the New River Birding and Nature Festival in Fayetteville, West Virginia, giving talks, playing music, showing dozens of delighted people their life cerulean or blue-winged or prairie or Swainson’s warbler. Every bit of the profit from this festival goes to nature education in local schools, to help instill an appreciation for all that is being lost. It is a noble aim.

As I look numbly at the maps that show current and proposed MTR projects, the mountaintop acreage highlighted in red until nearly every mountain in the state is lit up with scarlet, I know that education is vital, but its effects cannot be felt fast enough to save this torn and bleeding place. One after another, entire mountains fall for one-time gain. If we can’t drink the water or hike the cool forests, if the warblers, thrushes, and tanagers are all gone, what will we have gained, and what are we leaving for our children?

And so I stand, surrounded by eager bird watchers, pointing out a heavenly blue warbler on the cool forested flank of a mountain. All around, birders exclaim over this scrap of feathers and song, thrilled to see it at last. Caught up in the moment, I almost forget the white sign nailed high in a tree right overhead, almost forget that by next year, Muddlety may be clear-cut, the valuable timber simply bulldozed down into the valley, and a year from then, it may be gray, ruined, sunbaked, the stream below the slope buried under hundreds of feet of debris.

I am fiddling on the listing deck of the Titanic. Muddlety is doomed, but there is still so much left here to save. It is so much easier to forget this than to remember, but I must force myself to remember, to keep crying out for help for these mountains, these streams, these people, these tiny blue birds. 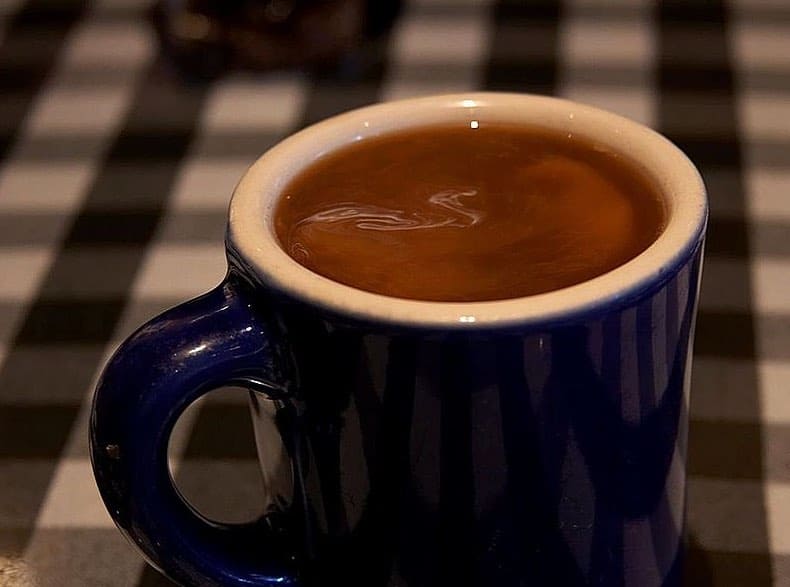 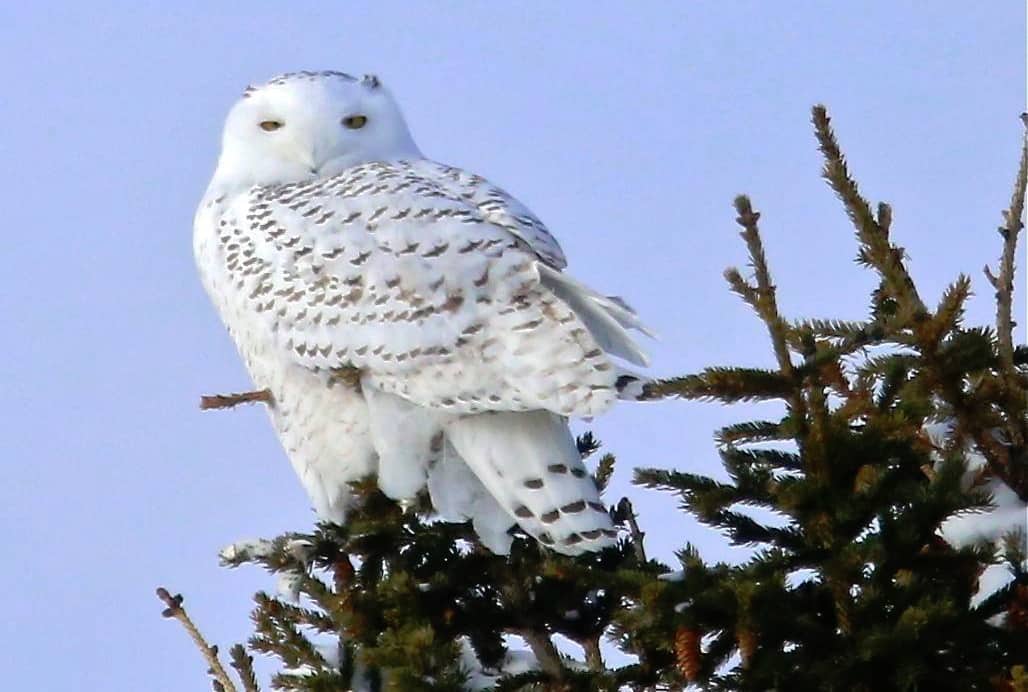 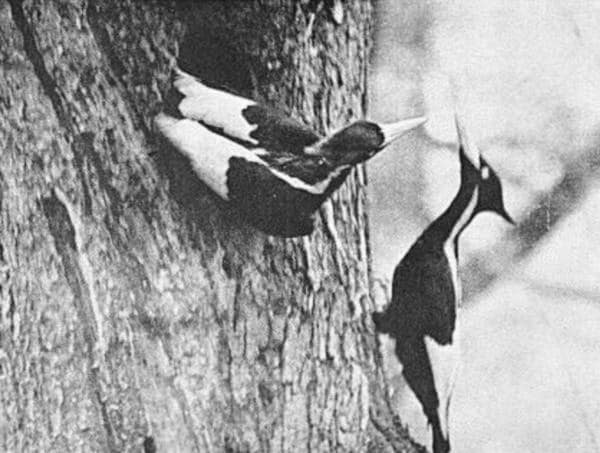