Top ten spring behaviors to expect in your backyard

1) Why does a male bother to defend a territory in the first place?

First, without a territory, a male cannot reliably find the resources to build a nest or provide food-first for the female and later on for his young. Second, having a territory that he knows well gives him an edge over visiting predators. Third, without a territory, he risks having other males come in and copulate with his female, thereby fertilizing some or all of her eggs. The whole reason for breeding is to pass on one’s genes to the next generation, so being cuckolded by other males is highly undesirable.

2) Are there risks of getting hurt during physical fighting between territorial combatants?

It is quite common to see two male songbird combatants in our backyards go toe-to-toe. They beat each other with their wings, kick with their feet, peck and stab with their bills, and slam their breasts into each other. Usually the subordinate bird slinks away before sustaining any physical harm. However, I have known of worst-case scenarios in birds of prey, whose territorial fights using sharp talons and hooked bills can become fatal for the loser.

3) Why do birds sing so early in the morning during the breeding season?

Generally, just before the sun rises, one can hear a cacophony of birds singing and calling. This is collectively referred to as the “dawn chorus.” There are several theories for why birds sing profusely at dawn. Perhaps song carries best in the calm air of early morning. It is also a good time to attract newly arriving females. It may also serve as a notice to territorial rivals that says, “I survived the night.” Besides, what else can one do in the poor light of the morning?

4) Besides fighting and singing, what other territorial displays might birds use?

Each species has evolved its own special ritualized behavioral displays to ward off other males and avoid physical combat. For instance, when faced with other male competitors, black-capped chickadees employ a “bill up” threat display whereby the male tilts his head back until his bill is vertical. If the situation gets more intense, he will lean his whole body backward and point his tail directly downward. In a similar situation, hairy woodpecker males wave their bill from left to right and their tail side to side, sometimes flicking their wings and calling.

5) How does a male know he isn’t mating with his sister-or worse, his grandmother?

Inbreeding in birds is poorly studied, if only because it is difficult to tease out whether the male can actually recognize the other individual as a relative, or whether he even cares about it. I studied this topic in American kestrels. The first pair of leg-banded kestrels to return to our campus farm field consisted of a father and a daughter who raised five healthy young.

I also know of field observations of a brother and sister osprey pairing and raising lots of young together over many years-and, yes, even of a male Cooper’s hawk breeding successfully with his grandmother. My guess is that this does not occur in all species, but it is likely a lot more common than we think. Incest usually becomes an inbreeding problem if allowed to persist within closely related genetic lines over several generations.

6) Why do some birds peck at windows incessantly in the spring?

In a number of species, but particularly in northern cardinals, America robins, tufted titmice, and northern mockingbirds, the males will incessantly attack their reflections in windows, as well as windshields, side-view mirrors and even shiny hubcaps on automobiles.

Driven by testosterone, they treat their reflections as intruding males. Although the behavior in itself does not harm them, it does waste energy and diverts their attention from courting females. Of greater concern, this behavior may also potentially distract the birds from potential predators lurking nearby.

7) Why do woodpeckers tap on metal antennae and chimney flashings?

ng with occasional calling, woodpeckers of various kinds commonly drum on trees-especially hollow ones-to create noise to ward off competitors and attract mates. They have discovered that much more noise can be generated with less effort by tapping on certain metallic objects.

8) Why do the males of some species give food to the female during courtship?

This commonly referred to as courtship feeding. It is often a part of a ritualized display whereby the male provides tidbits of food to his female to help cement the pair bond between them. She uses the behavior to assess the male’s ability to provision her and their young. In a few cases, the female uses this behavior in males to assess whether breeding should even take place at all.

9) Why do some males and female copulate well before egg laying occurs?

Copulations in most backyard bird species can occur well before the female is capable of producing eggs in her body. Sometimes such early copulations are manifestations of promiscuous behavior with neighboring males and occasional floating males passing through. It is not known whether live sperm are actually transferred during these early copulations, but they do serve to help the two mates assess one another, perfect the actual act, help synchronize egg and sperm production, and also cement the pair bond.

10) Does the male always stick with the same female he mated with in the previous year?

We’re talking the bird equivalent to divorce-where birds that normally form long-term pair bonds split up and find new mates. It’s only a fairly recently studied subject in backyard birds. The behavior was first observed in geese-about 10 percent of members of a goose population end up with a new mate the next season, notwithstanding their old mate still being alive.

“Divorce” now also has been recorded in song sparrows and black-throated blue warblers, to name but a couple well-known backyard songbirds. More recently, it has been seen in mute swans as well, so I suspect that divorce is more common in birds than we initially thought.

These are only a handful of the many questions that crop up at this time of year. It is readily apparent that although some are well understood, others require years of further study. 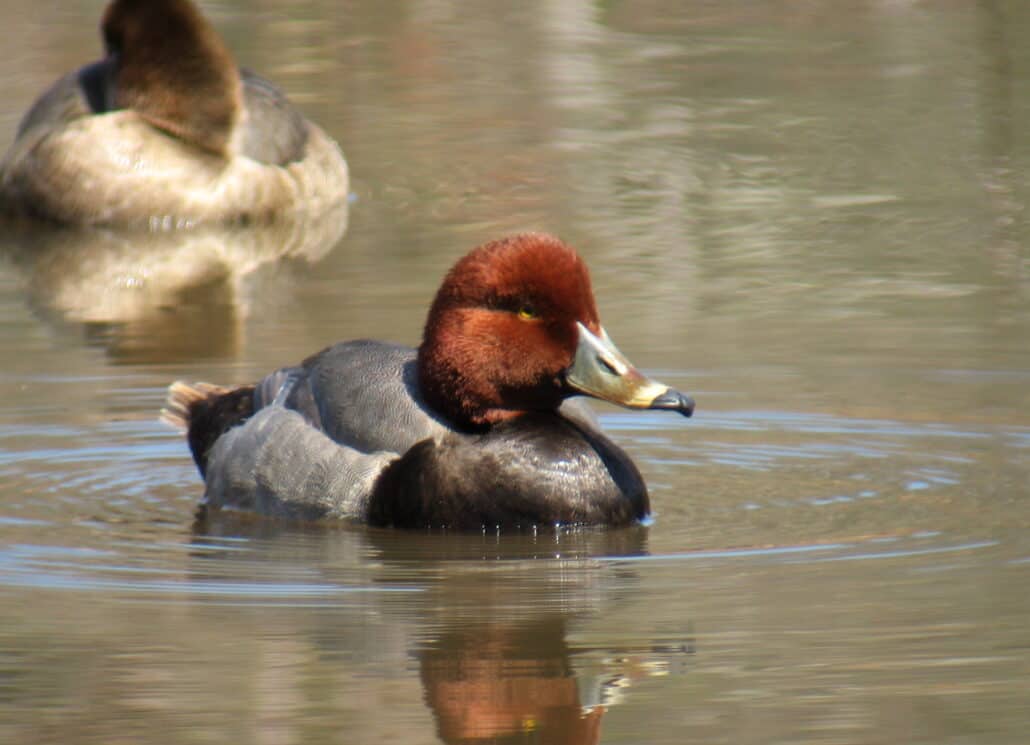 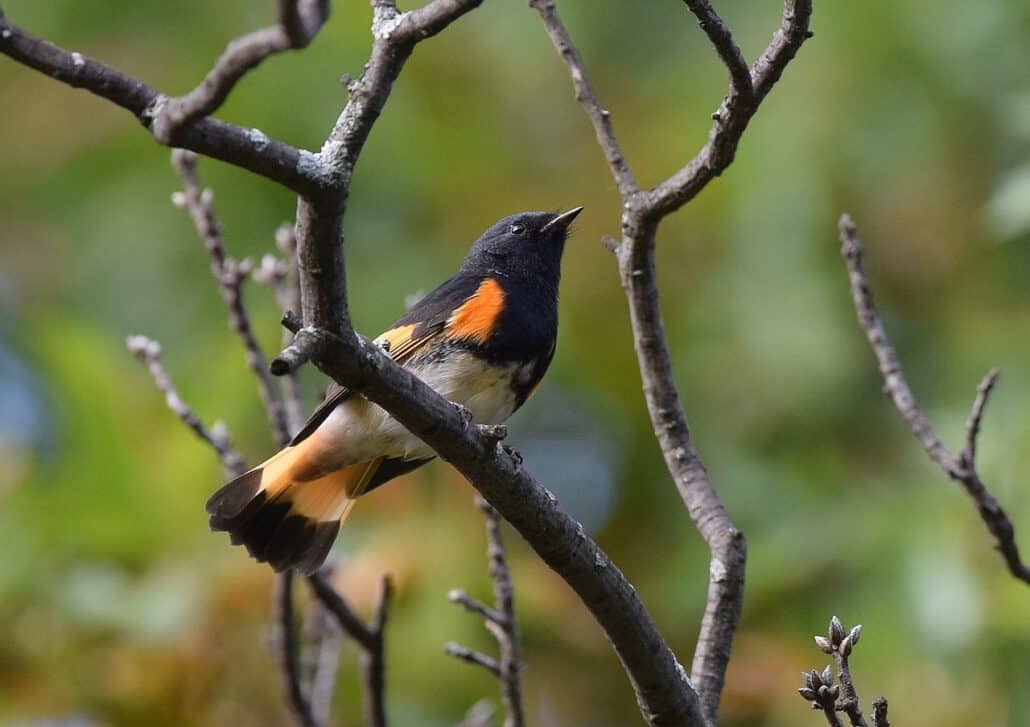 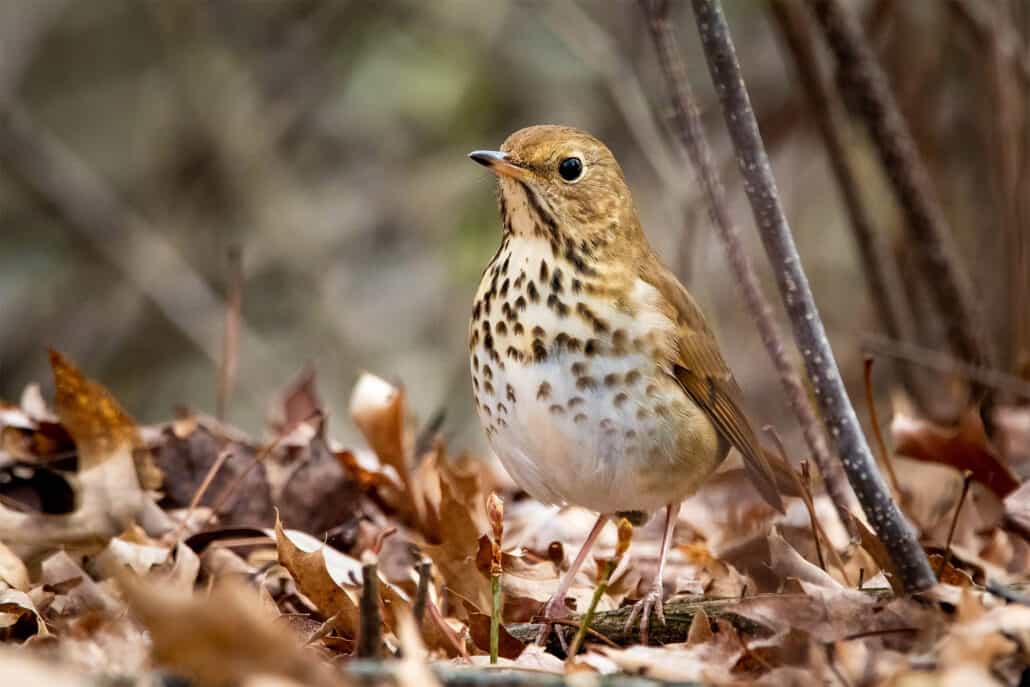