There’s a bald bird at my feeder. What happened to it? Soon after nesting season ends, many birds replace their feathers. Songbirds generally lose and regrow a few feathers at a time, so molt is hardly noticeable.

But some birds, especially northern cardinals and blue jays, can lose all their head feathers at one time—a catastrophic molt. Not all cardinals or blue jays do this, but a significant number do, and it’s considered healthy and normal. A week later, feathers will start to grow, and in a month, the bird’s crest will return and be perfectly normal and regal once again.

“Bald” birds could also be young individuals with head feathers still developing, or they could be the victims of avian feather mites that eat the feathers and cause a bird to “go bald.” The mites exist on a bird in the only place it cannot preen itself—on the head.

This commonly occurs in late summer and has been recorded on other species as well. We notice the bald cardinals more readily because they are common, resident (non-migratory) birds that come to our bird feeders. The mites are perfectly natural, not caused by diet, and relatively harmless, unless the bird is in an otherwise-weakened state.

A bald bird usually isn’t anything to worry about, and it’s kind of fun to see a bird’s naked skin and ear holes, isn’t it? 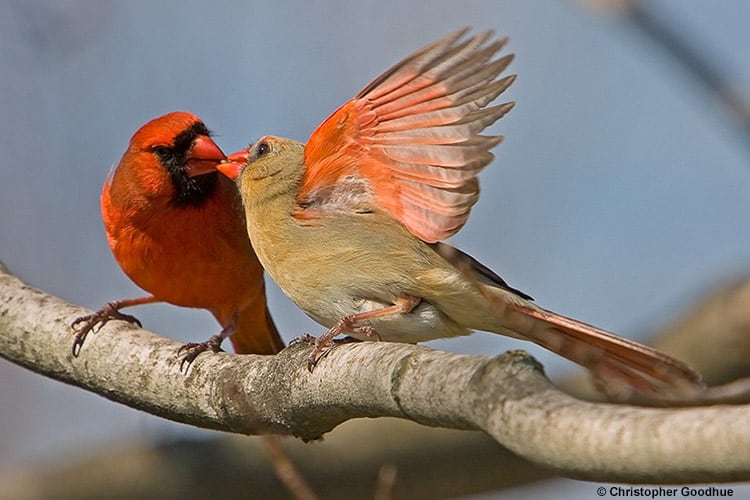 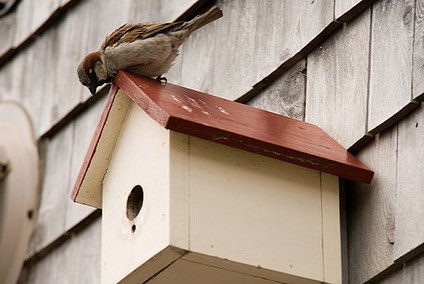 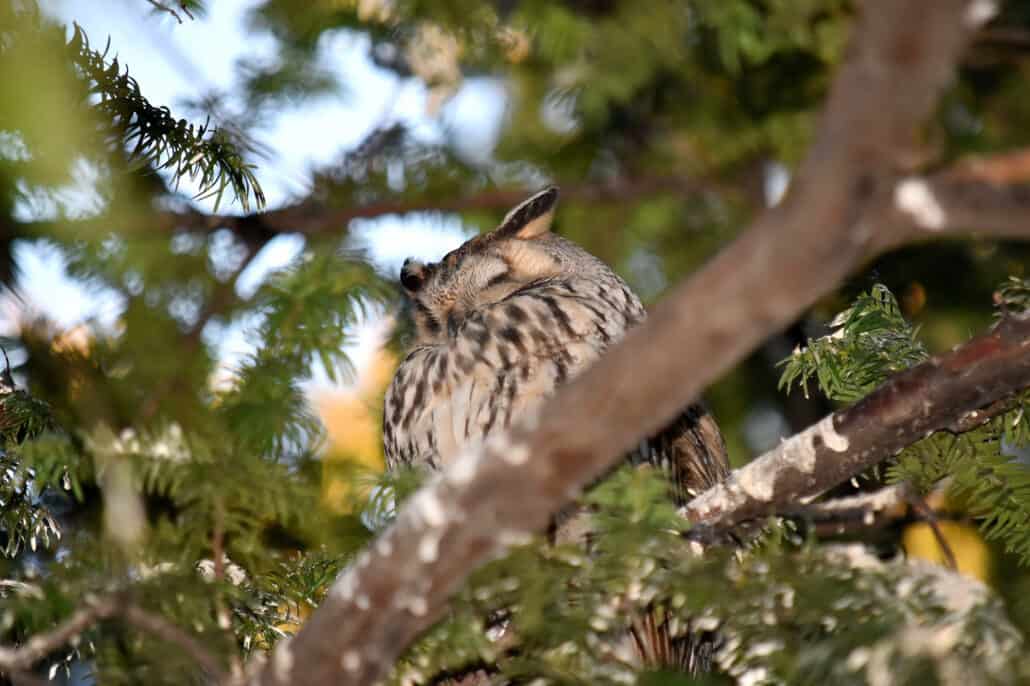