A closer look reveals the tricolored’s yellowish bill (purple in breeding season) and a thin, white line running up the front of its long neck. In south Florida and along the Gulf Coast, the larger reddish egret may provide some identification challenges, but its rust-orange neck and pink-and-black bill differ from the little blue’s purplish neck and blue-and-black bill.

The white, immature little blue heron is separated from other egrets by its gray lores (even snowy immatures have yellow lores), blackish-tipped but otherwise pale gray bill, and dark-tipped wings in flight.

The little blue sometimes turns up in flooded fields, seeking grasshoppers and other prey. Immature birds and adults wander widely in late summer, and inland birds head to the coast or south for the winter. Others head farther south to Central America. In addition to their U.S. breeding range, little blue herons also nest in Mexico, central South America, and throughout the West Indies.

Immature little blue herons may loiter and feed near each other after leaving the nest. Adults usually feed alone, though they are often near other waders, seeking food in the same places. Their diet varies by season and location and includes crayfish, fiddler crabs, a variety of small fish, and insects. Amphibians, small reptiles, and other small animals are also taken.

Little blue herons nest in colonies in trees and bushes, often with other water birds. The female lays between two and five pale blue eggs in a stick nest constructed by both parents. Male and female both incubate the eggs for about three weeks. Hatched young stay in the nest up to three weeks, then perch near it until they fly at about one month old. 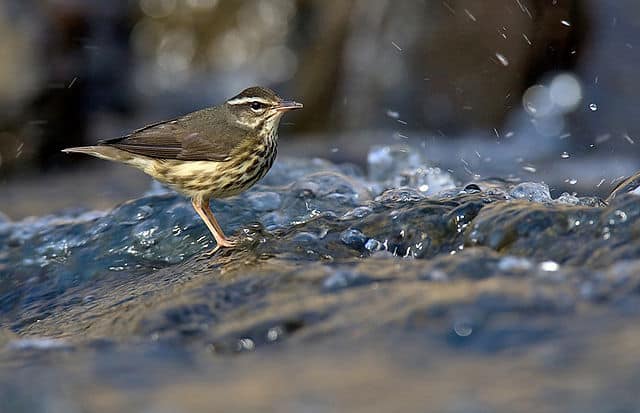 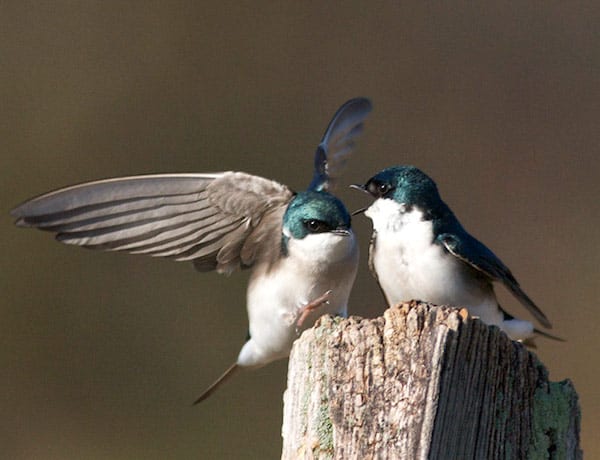