Like the stream that bends to sea
Like the pine that seeks the blue
Minnesota still to thee
Thy sons are strong and true.
From the woods and waters fair
From thy prairies waving far
At thy call they throng
With their shout and song
Hailing thee their northern star.

This is the second line of the song, “Minnesota, Hail to Thee,” attributed to Arthur Upson.  Woods, waters, trees and prairies offer a good description of Minnesota.

Folklore says that the giant lumberjack Paul Bunyan and his blue ox, Babe, are responsible for the landscape of Minnesota.

For example, Paul liked to have a good supply of fresh drinking water, so he dug Lake Superior.  Babe’s hoofprints filled with water and became the many lakes that Minnesota is so famous for.

Paul Bunyan left the state occasionally and is responsible for both the Grand Canyon and the Black Hills.

Some say that Paul Bunyan is nothing but a character in a tall tale, but in reality, Paul was a birder.  And why wouldn’t he be?  It took five giant storks working in relays to deliver the baby Paul to his parents.

For those who don’t accept the accomplishments of Paul Bunyan, there exists more than one opinion as to how many ecoregions are found in Minnesota, but for the purposes of this guide, we are going to say that Minnesota has three major landscapes-prairie grasslands, deciduous woods and coniferous forests.  A fourth one that is sometimes mentioned is the aspen parkland.  Thanks to these various biomes (a uniform pattern of vegetation), the state has been blessed with the great diversity offered by these ecoregions.

Minnesota was a wild place.  Or was it?

Perhaps a quote by Lakota Luther Standing Bear describes it best: “We did not think of the great open plains, the beautiful rolling hills, and winding streams with tangled growth, as wild. Only to the white man was nature a wilderness and only to him was the land infested with wild animals and savage people. To us it was tame. Earth was bountiful and we were surrounded with the blessings of the Great Mystery.”

Settlers changed the ecosystems of the state.

Minnesota was a land of promise for the pioneers.  Pines that towered over the landscape in the northeastern part of the state were logged. Many acres of wetlands were drained.  The prairies that once covered a third of the state were found to have a great talent for growing corn and were plowed.  Hardwoods were cleared for farming.

These changes were contributing factors in the disappearance of such birds as the passenger pigeon, long-billed curlew, northern bobwhite, and whooping crane from the state.

Their disappearance brings to mind the Joni Mitchell song lyrics, “Don’t it always seem to go, that you don’t know what you’ve got till it’s gone. They paved paradise and put up a parking lot”

“To waste, to destroy, our natural resources, to skin and exhaust the land instead of using it so as to increase its usefulness, will result in undermining in the days of our children the very prosperity which we ought by right to hand down to them amplified. . . ”
– Theodore Roosevelt

It is hoped that we have learned our lesson.  An old proverb says that the frog does not drink up the pond in which he lives.

When the pioneers arrived here, they encountered waves of big bluestem and Indian grass, as tall as a man, blanketing the land. It is not a landscape with many trees.  The utility pole could be the state tree in the prairie.

The prairie grasslands run from the northwest corner of the state to the southeast corner, excluding some of the land along the Minnesota River.

Out of Minnesota’s original 18 million acres, only about 150,000 acres of native prairie remains.  These grasslands (mesic, dry and wet) are ecologically diverse and the wide assortment of plant species provides habitat for many butterflies, mammals and birds.

The vegetation on the wet prairie is dense and tall with sedges, prairie cord grass, switchgrass, northern reed grass and big bluestem being found there.

The regal fritillary butterfly, badger, northern prairie skink and Richardson’s ground squirrels are other creatures to be found in this ecosystem.

These hardwood forests extend from southeastern Minnesota diagonally to Itasca State Park and Becker County in the northwestern portion of the state.

In addition to the maple and basswood, the “Big Woods” includes oak and elm trees.

Spring ephemerals, wildflowers that bloom early in the spring before the trees leaf out, thrive here.  It has been said that when nature laughs, it does so in flowers.  In these hardwood forests, the laughter is provided by the following spring ephemerals: hepatica, bloodroot, spring beauty, Dutchman’s breeches, trillium, wild ginger, Jack-in-the-pulpit, trout lily, may apple and skunk cabbage.

Large moths of an exquisite beauty like the cecropia, polyphemus and luna can be found here.

Coniferous forests cover roughly the northeastern 40 per cent of the state.  They are sometimes referred to as the boreal forests.

Another ecoregion that is sometimes mentioned is the aspen parkland. Aspen parkland is open terrain with wet prairie, sedge meadow, and scattered groves of aspen with thickets of alder and willow. It is a transition area between the coniferous forests and the prairies.

Black-billed magpie, sharp-tailed sparrow, yellow rail, sharp-tailed grouse and sandhill crane find this habitat to their liking, as do moose.

Because Minnesota is the “Land of 10,000 (or more) Lakes”, it wouldn’t be appropriate to neglect mentioning a few things about water and the birds found near or in the water.

Loren Eisely wisely said that if there is magic on this planet, it is contained in water.

Minnesota has a magnificent landscape and its waterscape is every bit as exquisite.

There is a great diversity to be found in the lakes throughout the state.

Each lake has zones varying with physical characteristics and vegetation types.

The littoral zone is the shallowest portion of a lake and contains rooted aquatic plants.  The pelagic zone is too deep for rooted plants, but receives enough sunlight for algae to grow.  The profundal zone is located below the pelagic zone.  Light is unable to penetrate this area and this is where the sediments of the lake bottom are found.

Prairie wetlands can be seasonal or permanent.  These wetlands may contain up to five concentric zones based on depth of the water and vegetation.

The outermost concentric zone is the low-prairie zone, which has moist soil, but no standing water, although it may flood in the early spring. Plants found here include sedges, mints, asters, cutgrass and blue-joint grass.

The next concentric zone is the wet-meadow, which contains wet soil and some standing water.  Plats here included bur-reed, spike rush and water hemlock.

The next zone is the shallow-marsh zone that contains water from a few inches to a few feet in depth and plants such as cattail, bullrush and reed.

Continuing to move inward, the next zone of the wetland is the deep-marsh zone.  Water levels are deep enough that there are few emergent aquatic plants. Plant species are submerged and free-floating leaved plants like sago pondweed, bladderwort, coontail and yellow water-crowfoot.

The open water zone in the center of a wetland can be too deep for many rooted aquatic plants.  Here you would find duckweed, algae and free-floating plants.

A land ethic…reflects the existence of an ecological conscience, and this in turn reflects a conviction of individual responsibility for the health of the land.

Health is the capacity of the land for self-renewal. Conservation is our effort to understand and preserve this capacity.
– Aldo Leopold from A Sand County Almanac

No matter which ecoregion you visit in Minnesota, you will be rewarded with a rich birdlife.

Each unique ecosystem provides interesting species and all you need to do is look.

Mourning Dove said, “Everything on the Earth has a purpose…and every person a mission.”

Make it your mission to enjoy seeing the birds of Minnesota. 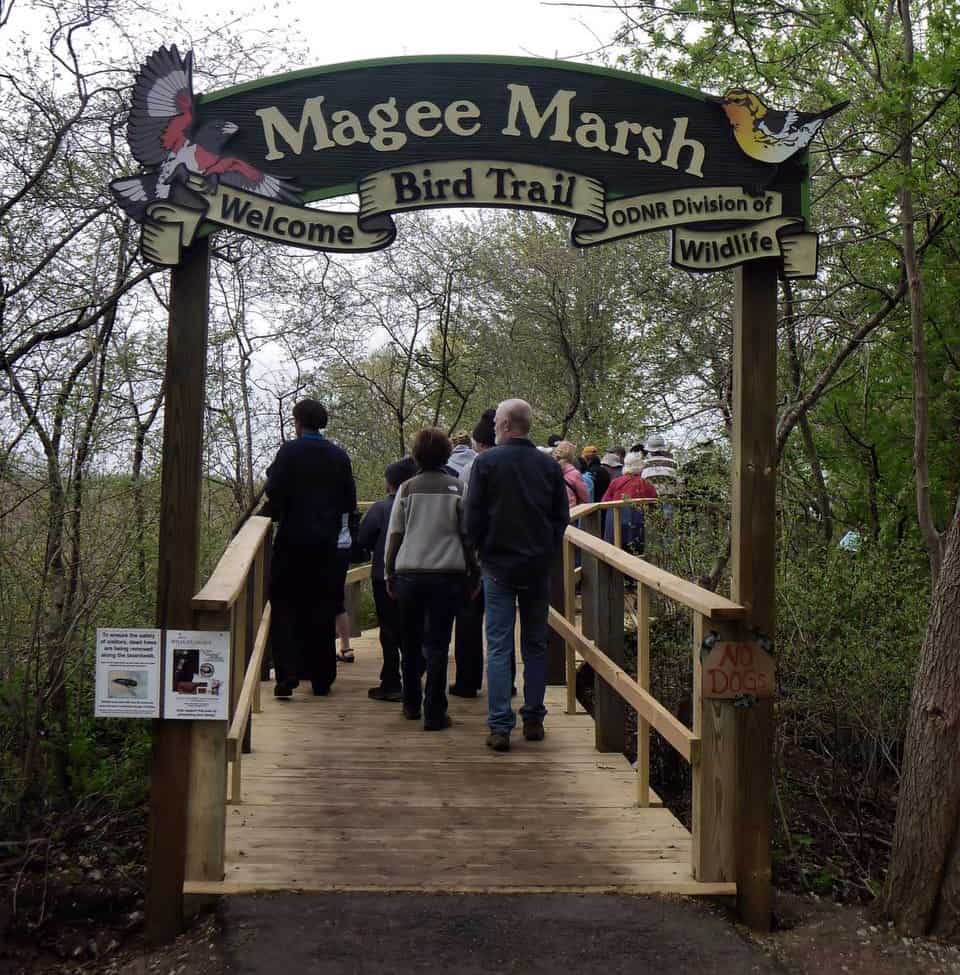 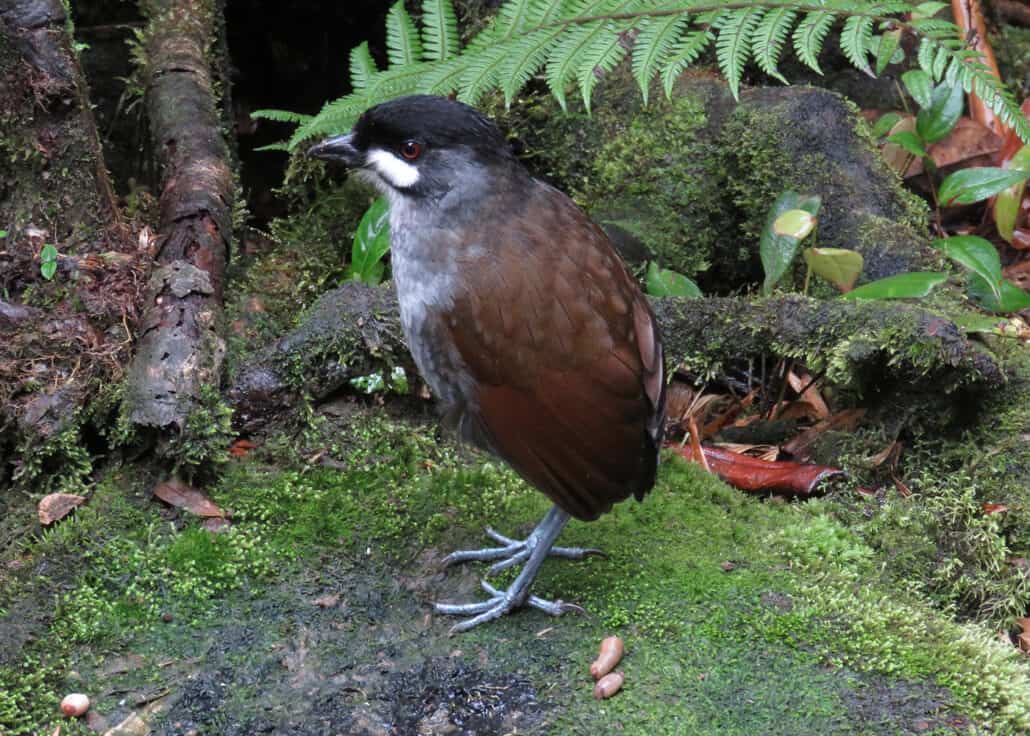 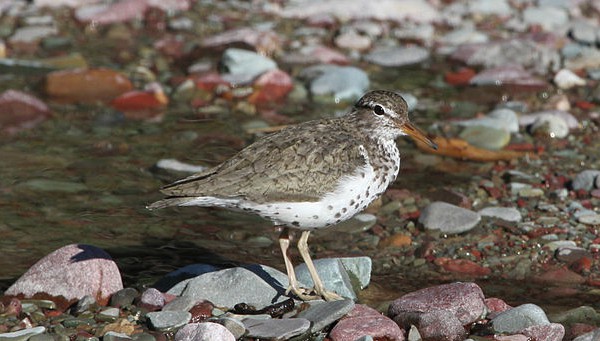