Why do woodpeckers peck on trees? How do owls see at night? How long does a bird live? A good birder asks lots of questions. Sometimes it seems like the more you learn about birds, the more questions you have! The birding experts at Bird Watcher’s Digest have answers for you.

Find the answers to these questions:

Where do birds go at night?

Most birds spend the night sleeping, just as humans do. A few birds, like the owls are awake at night and rest during the day. The birds that rest at night find a safe place, such as a thick bush or shrub, where the nighttime predators will not see them. Some, such as woodpeckers, spend the night in holes in trees. Most ducks, on the other hand, sleep on the water.

How do owls see at night?

Owls and other nocturnal birds have specially adapted eyes and ears that make it possible for them to sleep during the day and stay awake at night. The pupils of the eyes of these nighttime birds are much larger than the pupils of our eyes. The large pupils gather much more of the available light than our eyes do.

In addition, there are two kinds of cells in most eyes, rods and cones. We human beings have more cone cells in our eyes, which allows us to see color. Owls have very few cone cells but many rod cells, that are efficient at gathering light.

Because the eyes of owls are so large, they do not move from side to side and up and down the way human eyes do. An owl cannot look off to the side without moving its head, which is why owls have a special adaptation that allows them to turn their head almost all the way around without breaking their necks!

Owls and other nocturnal birds also hear better than we do. The small bones in an owl’s ear that record sound are more sensitive than ours. What’s more, an owl’s ears are not symmetrical; that is, the ear on one side of the head is lower than the ear on the other, meaning that sound reaches one ear slightly before the other.

This tiny difference is enough to permit an owl to know exactly where a sound came from. Because of this highly sensitive hearing, owls can find a small animal, such as a mouse, even when there is no light at all.

How do birds stay warm in the winter?

Birds have a number of ways to beat the cold, but none so important as their feathers. You may have noticed how on a very cold day the birds at your feeder seem rounder and more puffed-up than usual. This is a way of keeping warm by raising the feathers to create pockets of warm air and enhance insulation. In addition, may species change their plumage, molting into a fresh thick set of feathers prior to the colder months.

Especially helpful are the very fluffy and soft body feathers known as down. These feathers provide super insulation, much like the goose down we use in coats and comforters.

At night, birds can dramatically slow down their body’s metabolic rate (the rate at which the body consumes energy), and lower their body temperature, to conserve energy. During very cold nights, small birds such as chickadees and nuthatches may find a tree cavity or birdhouse where they can spend the night, huddled together with several other birds of the same species.

Such communal roosting permits the birds to share body heat. There have been reports of as many as 20 pygmy nuthatches sharing a single tree cavity. Ducks can swim in water that is almost frozen because their feathers have natural oils and are waterproof.

Waterproof feathers retain all of their insulating avility. Ducks have a netlike system of blood vessels in their legs that brings warm blood from the heart, alongside cold blood returning from the feet, keeping the feet warm in icy water.

Some birds are not adapted to survive cold winter weather. These species are known as migrants, since they must migrate in response to changes in weather. The osprey, an eagle-like bird that dives into the water from a great height for fish, lacks down feathers in its plumage.

The osprey cannot keep its feathers from getting wet, and it has no insulating down, so it must leave the northern portion of its range when cold weather arrives. When warm weather returns to the area, so does the osprey.

How long will the chickadee in our backyard persist in striking against our windows?

The behavior will last through the breeding season. In some individuals it may go on year-round, for years! It’s a territorial reaction to seeing an intruder on his/her “turf.” Covering the windows with screens will help, but when we had the same problem a few years ago, the bird just moved to another window. You may try screening, or plastic wrap on the outside surfaces of the window. Remove any perches from which the bird can see itself in the windows.

Why are male birds more brightly colored than females?

This is not true for all bird species, but it is true for many birds we find in North America, such as the cardinal. The male cardinal is brilliant red, with a red crest and a striking black face. The female is a dull, gray-brown imitation. The reason? Males birds need to be conspicuous in order to attract a mate’s attention, and to defend a breeding territory from competing males.

Females, on the other hand, are inconspicuous, which helps to protect them from the sight of predators and competitors during the nesting process. A brightly colored female cardinal would be easily spotted by a hungry hawk or owl. But in her drab attire, she blends well with the viney tangles and brambles in which cardinals prefer to nest.

Why do woodpeckers peck on trees?

Woodpeckers are named for the method in which they find food: pecking, hammering and digging in wood to reach insects, grubs, and even sap. But woodpeckers also use their bills to excavate holes in which to live and nest. They also hammer on tree trunks to advertise their territory and presence to other woodpeckers.

Woodpecker territorial drumming increases in frequency in the early spring months, before the breeding season.

Why does a male cardinal attack our window every spring?

Many reports come in every spring about crazy birds fighting with windows. In most cases a bird is seeing its reflection in the pane of glass and assuming the other bird to be a rival or intruder. The real bird attacks the reflected bird to drive it away, but is never successful in doing so.

This may continue for several weeks until the real bird tires out, or until something, such as a screen, is placed in front of the window to break up the reflection. Once the bird can no longer see its rival, it will go about its business.

How long does a bird live?

In very general terms, the larger a bird is, the longer its life expectancy. For small birds, such as migratory songbirds (warblers, vireos, etc.) the average life expectancy may be as little as two years. This short life expectancy is due to the many hazards birds face from birth: predators, disease, accidents, migration, starvation, habitat loss, and hunting, among others.

Some individual birds have survived surprisingly long, including a cardinal (13.5 years), a black-capped chickadee (10 years), and an American goldfinch (7 years). One red-bellied woodpecker survived in the wild for 20.5 years! Captive birds, protected from the hazards of nature, have much longer life spans.

Many waterfowl have survived in the wild for as long as 30 years, and seabirds, such as gulls and albatrosses, have longevity records that cover 30 to 40 years. 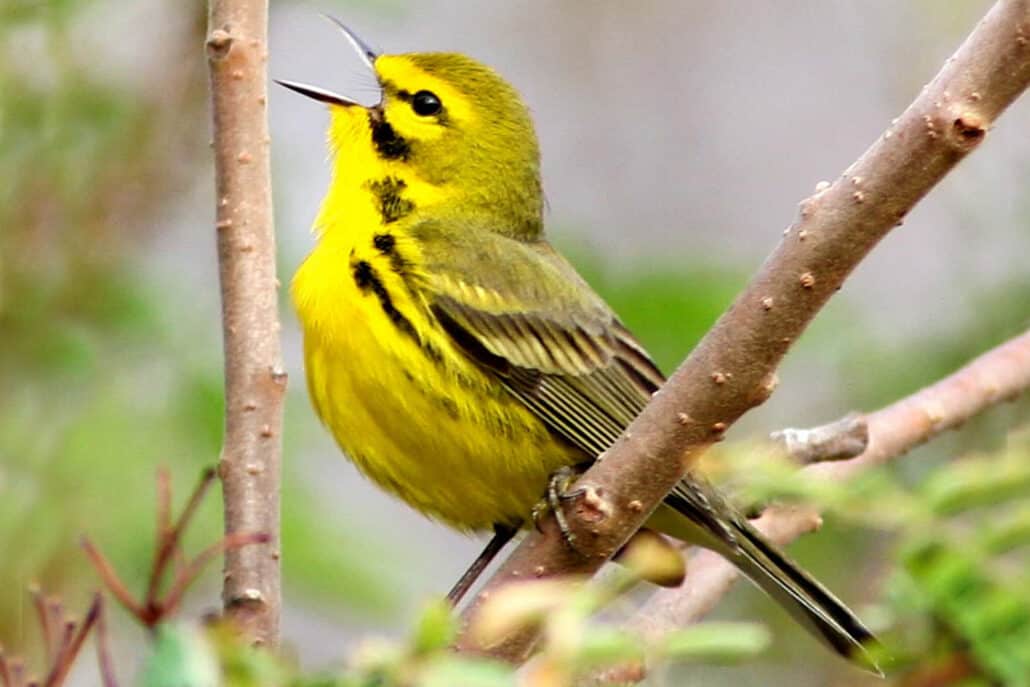 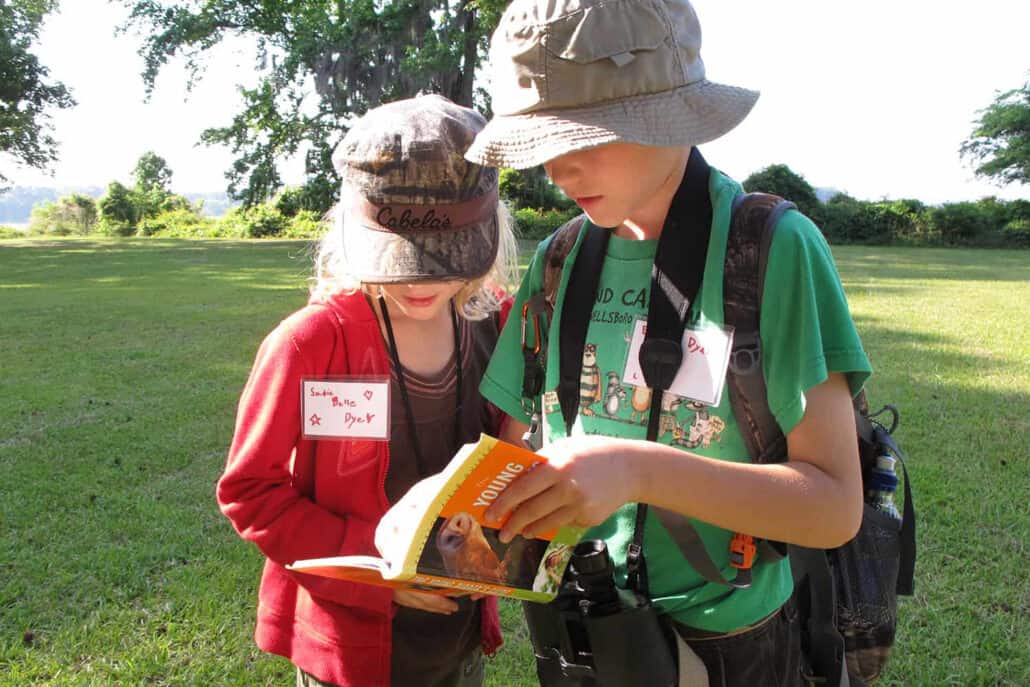 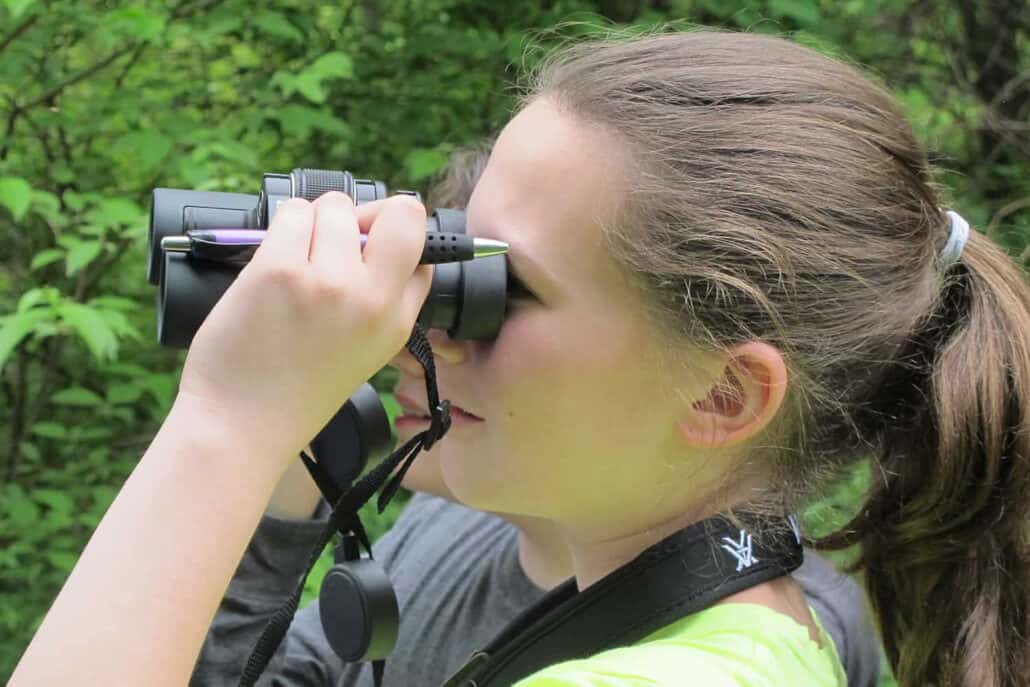