This story originally appeared in the September/October 2016 issue of Bird Watcher’s Digest.

If wristband fitness trackers do anything, it’s get us out, even when the sky weeps and the chill goes to your bones. I’m thankful for that, even though 10,000 steps is a reach on days that I’m on deadline or the rain is sluicing down. In decent weather, I fly past that mark without even noticing.

We went out for a slog through the shredded wheat meadows, trying to keep the dog clean by walking on grass. He’d just had a bath after a muddy run down a dirt road. It was a day without much visual promise, glowering clouds hanging low. And those are the kind of days you want to watch out for.

We were coming up the middle path in our meadow when we all saw something lying in the middle of it. It had been rained on, but by the size and content it seemed to be an owl pellet, a big one. I started speaking in tongues, the gibberish my family is used to hearing when we’ve found something big. Do you see what I see? I was jabbering in something other than English.

I’d seen the entire foot of a raptor, in the pellet of an owl. I knew it was a pellet because there was very little odor to it, and the bolus was made up entirely of bone and a few digested feathers.

The color overall was gray and bone-white. Were it a coywolf dropping, which, by its size, it’d have to be, there would be colored fecal matter acting as a binder, obscuring the bone fragments, and lending a strong odor. Then there are creature preferences to consider. I couldn’t see a coyote crunching a raptor’s foot down whole. What mammal (other than the occasional Labrador retriever) would swallow something like that?

My mind was jumping all over the place. Though I already had a hunch whose pellet it was, I was on fire to start figuring out whose foot it was. I tried to imagine any owl gagging down the entire needle-taloned foot of a raptor. The only owl I could see being able to do that with any aplomb is a great horned. I couldn’t quite see a doe-eyed barred owl gagging down a raptor’s foot. But…read on.

My first thought was that it might be a barred owl’s foot, since great horneds are known to prey on all smaller owls. It’s a tough world out there.

By the time we made it back to the house, I’d been turning that pellet over in my hand and my mind, and I’d figured out that this was not an owl’s foot. How?

In the photo above you can see two rows of scutes (scales) that run down the tarsometatarsus (the visible yellow part of the leg) of a hawk. Owls have feathered tarso-metatarsae. The part you can see is covered with fine hairlike feathers. What few scutes they show are all on the foot proper.

The exceptions are some of the fishing owls, but they’re in Africa, not Ohio. The possible owls here in a meadow in mostly wooded southeastern Ohio are great horned, barred, screech, and, in fall migration, saw-whet, and they all have feathered shanks.

So, by the time we’d reached the house, I’d decided the foot belonged to a scaly-legged hawk, with rather long toes. Bird-catching toes.

Bill asked, “You think it could be a Cooper’s?”

Synchronicity was the word of the day. I’d just photographed the blazing blue-backed beauty featured in the July/August issue (“A Gift, Hurled from the Other Side”) an hour earlier. I replied, “I think you’ve got it.”

If this was a Cooper’s hawk foot, it was a big Coop, a female. Just a hunch. I’d have to make some measurements to confirm it.

I thought about how the kill would have been made. The owl, detecting a slight movement or sound from the Cooper’s hawk, who was perhaps sleeping tucked into the Virginia pines along our oil well access road. The owl flies soundlessly closer, hearing her breathe, hearing her settle her feathers, planning its kill. Coming in from behind, strong talons close around the hawk’s skull, bringing her to the ground, severing her spinal cord with a single nip. The hawk may never have known what took her. I hope she didn’t. For how else to kill a big strapping female Cooper’s hawk, other than by surprise in the night? She who surprised songbirds all her life, now the center of one last, great mystery, and ending up in pieces in an owl’s pellet.

Egad. I shivered at the thought. I’m glad I sleep in a bed, in a room, in a house, under blankets, without having to think about predators.

This, amazingly enough, is not the best thing I’ve ever pulled out of a great horned owl pellet. On the shore of Selden Cove, in Hadlyme, Connecticut, under huge hemlocks now long dead at the sucking mouthparts of wooly adelgids (an aphidlike insect that sucks sap from trees), I found the carving block of a great horned owl. There I found a pellet that had within it the entire, intact skull and hard bill of a belted kingfisher. Imagine swallowing that! Great horned owls are the honey badgers of the sky. Great horned owl don’t care. She’s hungry.

Because I am a Science Chimp and have been properly permitted to make and store specimens salvaged from window and road kills for most of my life, I happened to have on hand a specimen of Cooper’s hawk, and I remembered that it was a large immature female.

I called out to the kids, “Come down here by the washing machine and I’ll give you a lesson in bird foot ID.” Phoebe replied, “Let me tweet that first, and I’ll come down.” Oh, dear. I have to admit I provide some bizarrely good fodder for her friends and followers.

I pulled out my Cooper’s hawk skin and laid the pellet next to it. The talon size looked right. The big talon you can see in the pellet, that still has its outer sheath, is the inner front toe of the bird’s left foot. That’s the killing toe.

I started dissecting the pellet, and found the foot to be a perfect match for my specimen. Not only did we have a Cooper’s hawk’s left foot, we had a female Cooper’s hawk’s left foot. The talon in the pellet was ever so slightly longer than the immature bird’s talon, which might mean it was an adult bird, but that’s further than I want to take my avian CSI skills. Even the tarso-metatarsal length was perfect. The foot belonged to a female Cooper’s hawk. And that, my friends, is some nice sleuthing. It helps to have the reference resources right on hand, down by the washer…

I looked at my specimen’s label, feeling synchronicity crackling in the air around me. My father, Charles Dale Zickefoose, had picked it up on December 22, 1983, while traveling in rural Virginia, and brought it home for me. I was 25 and already well-versed in skinning and stuffing bird specimens, thanks to experience both in college and in Amazonian Brazil, where I prepared specimens for a small museum at INPA, the Instituto Nacional de Pesquisas de Amazonas.

On the flip side of the tag, badly oiled by age and fat in her skin, is her story. I found that a small twig had pierced her right eye, blinding her. She was probably diving into thorns to get a bird, James Bond style, and that simple accident ended her career.

Her crop had been dead empty; she had no fat reserves, and there was nothing left of her breast muscles, either. She’d burned herself up trying to survive. She weighed a pitiful 12 ounces. A well-fed female Coop, even a hatch-year youngster like this one, should weigh 16 ounces or more.

I was so honored that my father would think of me and pick her up and bring her to me that I painted a life-sized death study of her, freshly dead. I did a lot of death studies back then, learning from the birds how they are built, how things work and go together. She did not go to waste. Someday this specimen will go to the Cleveland Museum of Natural History, where they already have probably 150 Zickefoose specimens in their collection.

One never knows the entire story, however. Upon posting some photos of the pellet, I received a Facebook message from Steve Huy that added intrigue and pointed to another possibility: “A friend and mentor of mine, recently departed, had studied raptors at the Appalachian Environmental Lab at Frostburg State in Maryland. His name was Floyd Presley. He told me that he was surprised at the number of Cooper’s hawk remains they found in barred owl nests.

Apparently barred owls have a knack for picking off sleeping Coop’s.” As I thought about it, I hadn’t heard a great horned owl on our farm for several years. Barreds are more prevalent now. All right, then. What kills the killer? Likely a doe-eyed barred owl, gulping down whole hawk feet!

As I watched my little family make their way back to the house on that dreary afternoon, I lagged behind, shorter of leg, always behind; and carrying my precious find. But I was all lit up with discovery and curiosity, and burning with the certain knowledge that my Dad is still with me, placing inspiration right in my path.

I thought about this strange and compelling pursuit, this teaching moment happening in an Ohio basement/laundry room. I’m still writing everything down, still picking things apart and saving all the pieces. I’ll save the owl pellet hawk’s leg, too, and keep it with the 1983 specimen, because it tells a story, and telling stories turns out to be what I do. 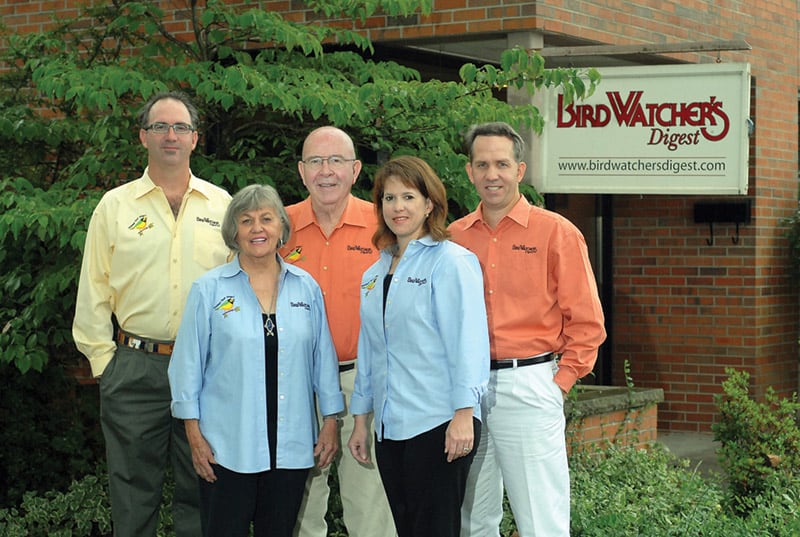