For Halloween, I thought it would be fun to make a list of my top 10 scary birds. Remember the 1963 Alfred Hitchcock classic The Birds? The plot centers on a series of violent bird attacks on the people of Bodega Bay, California. Most of the birds used in the film were real crows, ravens, gulls, and sparrows. Wikipedia says they also spent more than $200,000 on creating mechanical birds used in the movie. I like birds, but it was a scary movie!

Choosing 10 scary birds turned out to be a much more challenging task than I anticipated because I tend to think all birds are beautiful. Here’s my list:

1. Black vulture: This species is usually associated with death, and when you see them circling in the sky, you know that there is probably some dead creature below they have their eyes on. The black vulture and the turkey vulture are underappreciated birds. They have a negative reputation, but these birds perform the valuable social service of cleaning up dead animal carcasses, including roadkill. We should look at them with gratitude and admiration, not fear and loathing.

2. California condor: This endangered species is the largest bird in North America, with a wingspan of nearly 10 feet. In the early 1980s, there were fewer than 30 California condors left in existence, and they were all in captivity—for safe breeding. The California condor is still one of the world’s rarest bird species, but it is making a comeback! As of 2019, there are 518 California condors. It’s true that they have a face only a mother could love, but they are a majestic bird.

3. American crow: The crow and the raven have shown themselves to be some of the most intelligent birds. They can even recognize individual human faces, so be nice to them! They won’t forget you!

4. Bald eagle: The bald eagle, generally thought of as a majestic bird, can look terrifying if you are a fish!

5. Great horned owl: With its earlike tufts, big yellow eyes, and deep hooting voice, the great horned owl rules the forest at night. Its wings are specially equipped with feathers that allow it to fly without making a sound. This mighty predator can take down birds and mammals larger than itself!

6. Osprey: How can a bird that always wears a mask not make a list for Halloween?

7. Northern shrike: The northern shrike hunts in brushy habitats, chasing after birds and mice, creeping through dense brush to ambush its prey. They often save food for later or seek to impress mates by impaling prey on a thorn or barbed wire and leaving it there. Ew.

8. Common grackle: Common grackles are blackbirds with iridescent purple-blue feathers, yellow eyes that some might call creepy, and a long tail. Common grackles roost in large numbers, sometimes in the thousands, in trees. Remind you of a particular movie?

9. Northern mockingbird: Studies have shown that mockingbirds can remember people who have threatened them and dive-bomb them if they see those people again. They will also attack pets if they feel they are threatening their nesting territory.

10. Ring-billed gull: Oh, those eyes are creepy. Gulls tend to gather in flocks, which can be scary. There are stories of gulls attacking people, including one titled “Saved by Crows,” published in the September/October 2020 issue of BWD.

So this is my list—created without a shred of scientific study or reasoning. Do you have a bird that creeps you out? Please leave it in the comments below. 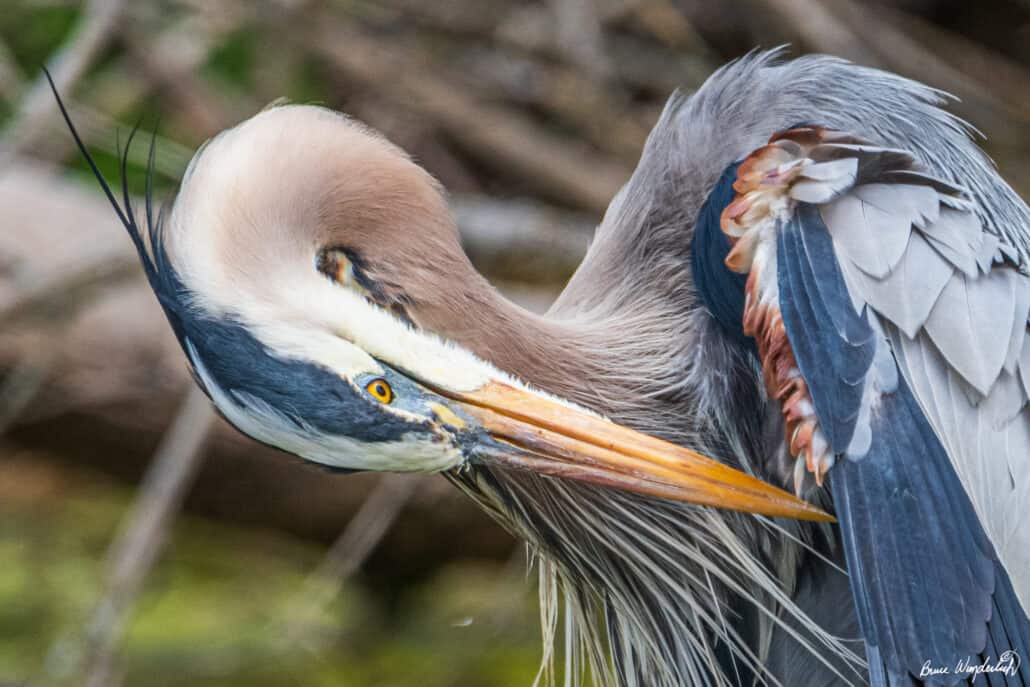 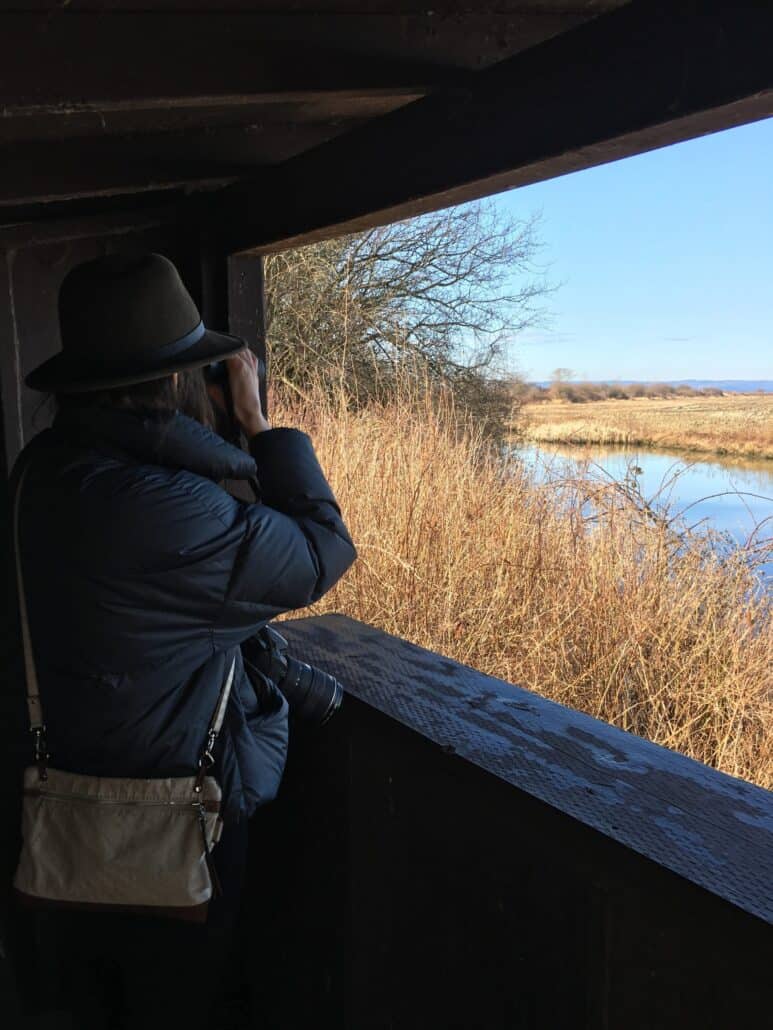 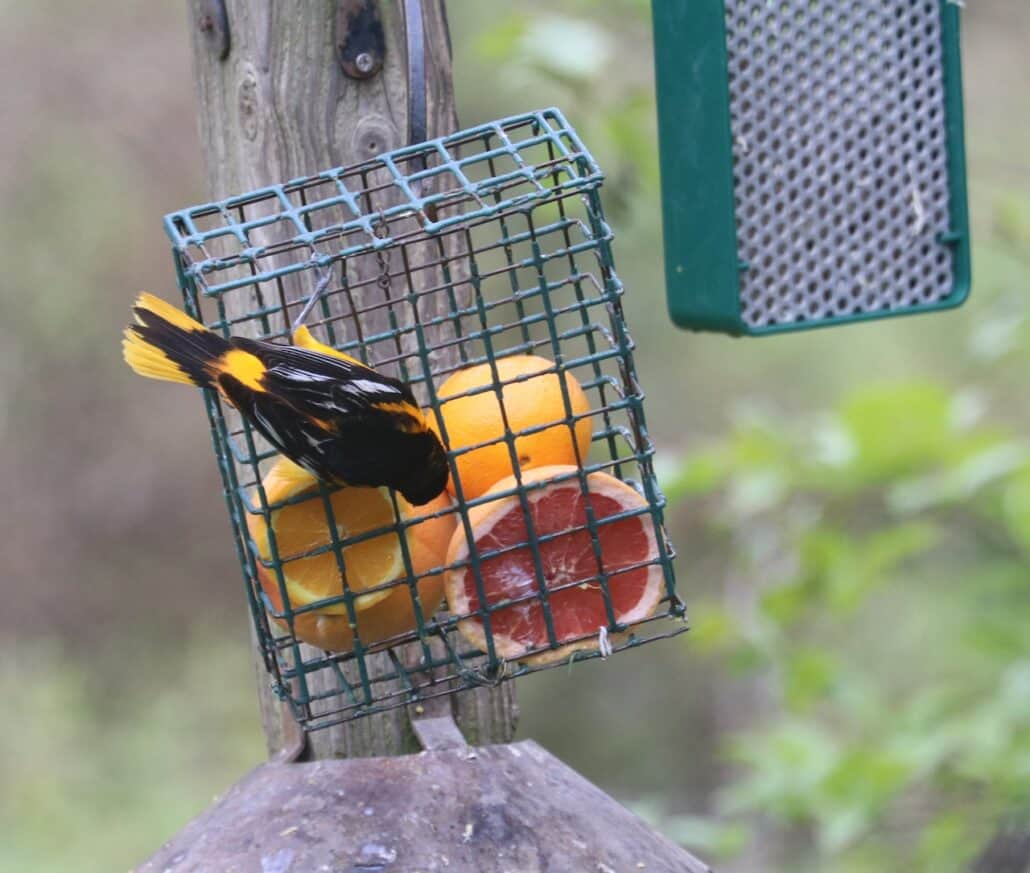