Imagine giving up your job, your benefits (including funds for your children’s college education), and mortgaging everything you own to start your own business. That’s what Bill Thompson, Jr., and Elsa Thompson did 40 years ago when they decided to start a magazine for bird watchers.

The Thompsons moved back from Iowa to the Marietta, Ohio, area in 1971, when Bill accepted the position of vice president for development at Marietta College. They had been wanting to start a business of some sort, and when Bill Sheppard, a colleague of Bill’s at the college, suggested publishing a magazine, the Thompsons took note. But what kind of magazine?

A magazine for bird watchers seemed ideal: Bill, Jr., had a background in journalism and Elsa had developed an avid interest in birds and bird watching since coming to Ohio. She had wanted to make new friends, and the people who were in a local bird-watching group appealed to her.

They were all intelligent, friendly people; they included men and women, and their ages were varied. The group was called the Betsey Birders, and the leader was Pat Murphy, an expert field birder who wrote a bird-watching column for the local newspaper. She soon became a bird-watching mentor to the Thompsons.

I thought I knew about birds, and I thought I was aware of the world around me. But once I became interested in bird watching, I realized how much I’d been missing. Here were all these wonderful creatures that I had not really noticed before.—Elsa Thompson

Her two sons, Bill, III, and Andy, who were in high school at the time, took to birding right away and became devoted bird watchers. Soon Bill, Jr., joined them.

At first I was just along for the ride—I had to start going in order to even see the family on weekends, and then I got hooked.—Bill Thompson, Jr.

The Thompsons contacted a national clipping service that compiles articles about specific topics and sells them to interested buyers upon request. Bill asked for any available information about birds and bird watching and found that more than 900 people in the country were writing about birds. There was definitely a market for this information, and in 1978 their decision was made.

One of the first questions I asked Bill and Elsa was, “Weren’t you terrified?”

No, not at all. We had done no research on the failure rate of magazine start-ups. If we had, we probably wouldn’t have tried it. We simply expected to succeed.—Elsa Thompson

We were too stupid to be afraid. We had no idea what we were getting into. —Bill Thompson, Jr.

The magazine was based in the Thompsons’ home for the first five years, and initially it contained reprints only. Bill Sheppard, who had been involved in the brief life of Pro Football Digest, was the editor for the first issue, and then he decided to continue his position at the college. “That first issue we sent out 35,000 copies and we got about a 7 to 8 percent return, or 2,500 to 2,800 subscriptions,” said Elsa.

As Bill, Jr., pointed out, this wasn’t great but it wasn’t bad, either: “Just enough to keep us going.”

After Bill Sheppard’s departure the Thompsons persuaded Mary Beacom Bowers, a university professor from Kentucky with ties to the Marietta area, to take over as editor, which she did until 1995. Both Thompsons highly credited Ms. Bowers’s talents. According to them she was a brilliant editor and contributed greatly to the quality of the magazine as it developed.

When she started she knew nothing at all about birds, but she was a fantastic editor. —Bill Thompson, Jr.

Mary used to periodically decide to study birds because she thought she should, but I’d tell her not to worry about it and just keep on doing what she did so well—we’d take care of the birds.—Elsa Thompson

Pat Murphy, the Thompsons’ first bird-watching mentor, was the associate editor of the magazine and for many years wrote the original “Quick Takes” and “Bird Watcher’s Question Box” columns.

The first issue featured almost all reprints of articles obtained from the clipping service, but immediately submissions of original material started coming in.

The first few years of BWD were rough—so rough that Bill, Jr., claimed he would have given up and gone back to work if it hadn’t been for Elsa’s tenacity. “She never gives up on anything,” he said.

According to Bill, Jr., the first five years were crucial. Given that just 2 percent of new publications survive the initial pains of overhead, BWD has beaten the odds and is now established around the world.

But we regretted the decision on a daily basis. We had put everything on the line. We were so ignorant of the business that we didn’t even think about renewals at first. So, we thought, we have these subscribers this year, but what about next year? How do we get them to come back?—Elsa Thompson

Apparently they figured it out, because BWD has seen increasing success over the years.

A Little Help From a Friend

Roger Tory Peterson, who received one of the first issues, was an enormous help in establishing Bird Watcher’s Digest. He critiqued the magazine from the first issue, offering advice on what worked and what didn’t and offering ideas for improvement. He was an enthusiastic booster of BWD and gave the Thompsons much-needed encouragement.

In 1983 BWD moved out of the Thompsons’ home and into its first professional office building—the magazine occupied the second floor and a construction company had the first floor. The published articles were now almost all original material, with only the occasional reprint, and by 1994 circulation had grown to more than 80,000 worldwide.

The dimensions of the magazine were determined by the fact that the Thompsons had originally planned to publish a true “digest,” modeled after Reader’s Digest, made up of only previously published material. During the late 1970s and early 1980s, many experts advised that BWD should make the transition to full size, but the Thompsons resisted the idea.

The digest size has become a part of BWD‘s identity and helps distinguish it from other magazines. Wherever they went, the Thompsons ran in to people who, when Bird Watcher’s Digest was mentioned, said, “Oh, I know BWD; it’s that nice little magazine,” or (even better), “I subscribe to BWD, what a nice little magazine!”

The covers are another unique aspect of the magazine. In the early days of BWD, nature photographers were rare. The Thompsons knew a few artists who painted birds, and they decided that each cover would feature an original painting. The first issue featured a painting of a screech owl done by a Marietta College art professor, a Thompson acquaintance. The tradition of using art rather than photographs continues today, and now signed limited-edition prints of the cover art are offered for sale by BWD.

In 1986 the Thompsons purchased the building the magazine occupies and expanded the business to both stories.

Bill, Jr., retired from BWD in 1993 and remained an active figure at Marietta College and in the surrounding community until his death in 2011. Elsa is still much involved in the day-to-day running of the magazine, often answering customer calls and greeting office visitors. She also serves on the Board of Trustees of the Roger Tory Peterson Institute of Natural History.

Bill Thompson, III, and Andy Thompson (who both did manage to get college educations) guide the magazine these days as co-publishers and as editor and director of sales, respectively. Their sister, Laura Thompson, also became part of the family business and served as the company’s circulation director from 2007 to 2017. All three have vivid memories of the early days of BWD. Bill, III, to this day can’t bear to lick a stamp, because he did so much of it back then.

Our friends weren’t safe, either—whenever they came over to the house they’d get roped into doing something like that. We were popular guys.—Bill Thompson, III

BWD today is much more than a magazine. In months alternating with BWD, the company publishes North America’s only magazine dedicated to backyard birds, Watching Backyard Birds, and twice monthly publishes a free e-newsletter, BirdWire. The company has expanded into other aspects of the birding lifestyle, including specialized print and digital content, podcasts, and events.

It offers small-group trips for its magazine subscribers, called Reader Rendezvous, to birding hot spots throughout the U.S. and abroad. In 2015, BWD launched the American Birding Expo—North America’s most extensive shopping experience for bird watchers, which it used to host each fall.

During the course of a long conversation with Bill, Jr., a few years ago, I asked him whether— being older and wiser—he would do it all again.

Yes, I would. First of all, BWD has provided us with a fulfilling way of earning a livelihood over the years, and now it gives our kids something to do that relates to their interests and that they love. And Elsa and I have had so much fun, seen so many fabulous places, and been able to meet so many truly extraordinary people that we otherwise would not have known.

And we’ve put the town of Marietta, Ohio, out there in the world. When people think of BWD, they think of Marietta, and that’s a good thing.

But more important is that we’ve helped generate interest in birds and therefore in conservation in general. Once you become aware of one aspect of nature or the environment, it can’t help but lead you on to others. If you begin to learn about, say, birds, you start thinking about bird habitat—what birds need, what harms them, and what you can do about it. And this awareness leads you into other areas of the natural world. You begin to understand that everything is connected and that our actions have a direct effect on the world around us and the creatures we share it with. Being able to educate and interest people in the environment, as well as to entertain them, isn’t something I’d be willing to give up. BWD has been a wonderful experience.—Bill Thompson, Jr.

I didn’t even ask Elsa that question—there was no need. 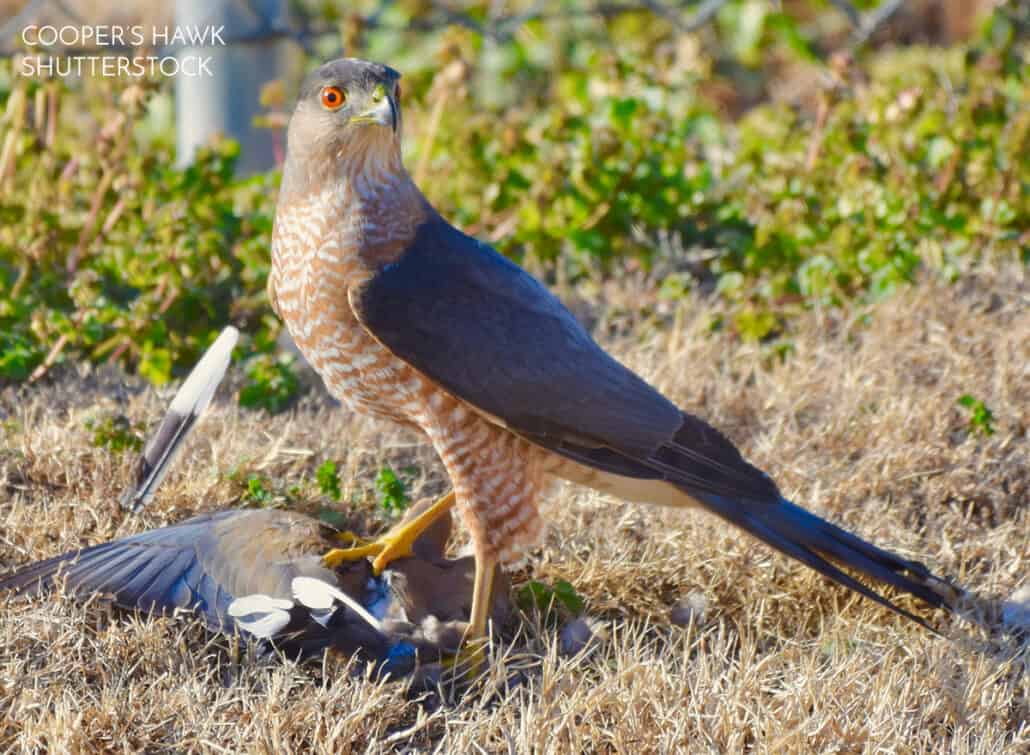