Here is the state’s largest concentration of red-cockaded woodpeckers (156 breeding clusters). Brown-headed nuthatches and Bachman’s sparrows are year-round residents. In spring and summer, add Swainson’s warbler to the list of most-wanted species.

In winter, ospreys and bald eagles frequent Lake Conroe, and weedy fields in the forest and surrounding area support winter and sedge wrens, eastern and spotted towhees, and a wide assortment of sparrows.

Made famous as a fall-out location for Neotropical migrants in spring, especially from mid-April to early May, High Island contains woodland stands that provide a first landfall for millions of trans-Gulf migrants. Storms over the Gulf, especially with strong winds out of the north, tire the migrants so that they arrive at midmorning to midday so exhausted that they literally fall from the skies into the woods.

After a brief rest they begin feeding to rebuild their energy for the next phase of their journey. They may remain to feed for a few to several hours or even several days. If it rains overnight, the migrants are more likely to wait for more favorable weather.

Thousands of songbirds can sometimes be found within a couple of acres. What’s more, Boy Scout Woods and Smith Oaks Sanctuary, both owned and maintained by the Houston Audubon Society, have been developed so that hundreds of birders can have easy access with only minimal disturbance to the birds. With a fall-out, up to 23 warbler species, along with vireos, flycatchers, tanagers, orioles, grosbeaks, buntings, and numbers of other Neotropical birds can be expected.

If waterbirds are your target, nearby Bolivar Flats (25 miles south of High Island), including the Houston Audubon’s Shorebird Sanctuary at the southeast end of the peninsula (take Highway Loop 108 east then south on Highway 87) features a vast array. Some of the more exciting species to be expected here include reddish egret, roseate spoonbill, piping and Wilson’s plovers, whimbrel, marbled godwit, red knot, white-rumped and pectoral sandpipers, least tern, and black skimmer.

I once recorded 125 species in about two hours from one location at the tip of the peninsula. In addition, High Island and Bolivar Peninsula have a history of rare bird sightings. Curlew sandpiper, bridled tern, mangrove cuckoo, greenish elaenia, sulphur-bellied flycatcher, and yellow-green and Yucatan vireos have all been recorded in this area.

Port O’Connor, Magnolia Beach, Magic Road, Coloma Creek/Powderhorn Lake, and Seadrift’s Cemetery Road (all within a 20-mile radius) are key sites in a county that has led the nation for the number of birds recorded (212 in 1995) on the annual North American Migration Count for five consecutive years. April and early May birding is even better; spring migration can be as spectacular in Calhoun County as anywhere in the state.

Thousands of geese and sandhill cranes dominate the fields in winter; short-eared owls prowl there at dawn and dusk, and Nelson’s sharp-tailed sparrows can usually be found in salt-marsh areas. White-tailed hawks, crested caracaras, and seaside sparrows are full-time residents.

Whooping cranes winter in the refuge from late October to mid-April. A record 187 of the endangered whoopers wintered at the refuge and adjacent flats in 1997–98. The Rail and Heron Flats Trails, the picnic area, and the 12-mile loop-drive (includes observation tower) should be birded for the greatest variety of species.

The Aransas NWR represents the southernmost nesting grounds for both Swainson’s and hooded warblers. They utilize the dense brush in the vicinity of the picnic area and woods near Dagger Point Trail parking area. Although Swainson’s warblers are extremely difficult to see, their distinctive songs–they often sing even in the middle of the day–can help one locate this shy and elusive songbird species.

Tour boats, available from nearby Fulton and Rockport, offer close-up views of whooping cranes and a vast array of waders, waterfowl, and shorebirds during the winter months.

The Padre Island beach and back bay (Laguna Madre) support millions of waterbirds in winter, and many of these roost and/or nest on the spoil bank in Bird Island Basin. Offshore, northern gannets are often present in winter, and magnificent frigatebirds, brown boobies, and all three jaegers have been recorded in summer. Padre Island also contains the largest concentration of migrating peregrine falcons anywhere, especially in late September and early October in fall, and April and May in spring.

Several other excellent birding sites, all best in spring, occur in and around the outskirts of adjacent Corpus Christi. The Hans A. Suter Wildlife Area and boardwalk on the shore of Oso Bay, offer good close-up views of a variety of waders and shorebirds year-round and waterfowl in winter.

Taking Ocean Drive to the nearby Texas A&M University at Corpus Christi can also be worthwhile. Blucher Park, downtown behind the library, is a migrant trap that can literally be filled with migrants in spring. Pollywog Pond, northwest of town near the junction of Highways 37 and 77, is superb in spring, supporting numerous migrants and a variety of resident waterbirds.

Finally, Hazel Bazemore County Park west of U.S. 87, off State Highway 624, contains very different habitat. Resident birds include groove-billed ani, common pauraque, curve-billed and long-billed thrashers, and olive sparrow. But this park is best known as the nation’s number one hawk migration viewing site; as many as 300,000 broad-winged hawks and a dozen or more other raptor species have been recorded there in a single day in mid- to late-September.

The city and two adjacent sites should be birded year-round. Local populations of green parakeets and red-crowned parrots reside in Brownsville; check the Rare Bird Alert for timely locations. Also check current locations of tropical kingbirds, resident at several sites along the north side of town.

The Brownsville sanitary landfill, locally known as “Tamaulipas Crow Park,” after the Tamaulipas crows that feed there, is situated just east of the city via Highways 48 and 511; show your binoculars for free entry at the gate, then drive on to the active dumping site. Laughing and ring-billed gulls and great-tailed grackles are more numerous, but a variety of other gulls as well as Tamaulipas crows and Chihuahuan ravens are usually present in winter.

Also visit Sabal Palm Grove Audubon Center and Sanctuary, one of the few natural palm groves left in the Rio Grande Valley. Located just off of Farm Road 1419 (20 miles east of Brownsville), buff-bellied hummingbirds are almost always present at feeders at the entrance. And watch for white-tipped doves, green jays, and whatever else might be present.

Yellow-throated, black-throated gray, and black-throated green warblers usually can be found in winter. Check the wildlife observation notebook at the entrance. Golden-crowned warbler, gray-crowned yellowthroat, and blue bunting have all been recorded here as well.

These two sites contain the greatest number of Texas specialities to be found anywhere in the state, and the best birding time here occurs in late winter and early spring. Although both areas have about the same species, you are more likely to find least grebe, ringed and green kingfishers, northern beardless-tyrannulet, and olive sparrow at Santa Ana.

Although Santa Ana, located along Highway 281, seven miles south of Alamo, is open only from dawn to dusk, camping is permitted at Bentsen. Therefore, night birds, such as eastern screech-owl, elf owl, lesser nighthawk, and pauraque, can more readily be found there. Both areas have photography blinds where birds can be seen close-up.

The best chance for finding muscovy duck, red-billed pigeon, ferruginous pygmy-owl, and brown jay is at either Salineño, Chapeño, or below Falcon Dam. At Salineño, drive into town and continue to the Rio Grande, where muscovy ducks have been seen on a regular basis. Numerous other ducks; green, belted, and ringed kingfishers; red-billed pigeons; and Altamira and Audubon’s orioles can usually be found here, as well.

The “Birder’s Colony,” a gated trailer area 200 yards above the river, offers lots of bird feeders, and birders are welcome. Chapeño, a short distance upriver, is another good site for all the same birds, plus this location has recently been a favorite for brown jays.

The very unpredictable ferruginous pygmy-owl should be looked for along the gated roadway below the Falcon Dam spillway overlook parking area. The Valley Rare Bird Alert includes information on recent sightings. However, the only sure sites for finding this little Mexican owl is on the private El Canelo, King, or Kenedy ranches, just north of the lower valley proper.

The best chance for white-collared seedeater is at Zapata or San Ygnacio, 28 and 40 miles, respectively, beyond Falcon Dam. At Zapata, search for this little bird behind the public library along the northwest edge of the adjacent golf course. At San Ygnacio, drive to the far end of town, the end of Washington Street, and walk up and down the streets, checking the vacant lots.

For all of the rare valley birds, recent locations are included in the weekly posts of the Rio Grande Valley Rare Bird Alert at 956-969-2731.

The Colima warbler occurs only in the Chisos Mountain woodlands from late March to October; a seven- or nine- mile roundtrip hike to Laguna Meadow or Boot Canyon is usually necessary.

Also visit two lowland sites that are especially good in early spring, Rio Grande Village and Cottonwood Campground, on the east and west ends of the park, respectively.

At least one unique bird–Montezuma quail–occurs here; it usually cannot be found elsewhere in the state. And common black-hawks are more dependable here than elsewhere. Montezuma quail occur year-round at the state park and along the roadway to McDonald Observatory, while the black-hawk resides in summer along Limpia Creek, below the state park. A variety of hummingbirds, such as broad-billed, white-eared, and Berylline, have been recorded in recent years.

The highland forest of the Guadalupe Mountains supports a few nesting birds that cannot normally be found elsewhere in Texas: spotted and northern saw-whet owls, Steller’s jay, and pygmy nuthatch. A 12-mile round-trip hike to The Bowl is necessary for finding most of these, and an overnight stay is necessary for the owls. An additional birding site of value is McKittrick Canyon.

Visiting all of these locations and finding most of the specialties on one trip would require about three weeks, including overnight camping at Boot Springs in the Chisos Mountains and The Bowl in the Guadalupe Mountains.

On a three-week spring trip one is likely to find the majority of the Texas specialities and see up to 140 additional birds, all of which would make for a most memorable birding experience. Good luck!

Planning a bird watching trip to Texas? Check out these great titles:

This book features 542 species, in 60 plates. All the birds of Texas and most of those found in New Mexico, Oklahoma, Arkansas, and Louisiana are illustrated in full color.

The birds are too many to list, but areas visited are the piney-woods in east Texas, the High Island on the Gulf, the Anhuac Refuge, Rockport and Aransas National Wildlife Refuge, the Rio Grande Valley and finally, the Hill Country and Big Bend.

Getting out into the great outdoors is now even easier than before! More than one million acres, virtually unknown and untapped, are available for a wide variety of activities. With 97 percent of Texas lands in the hands of private ownership, the state’s 51 wildlife management areas provide unique opportunities for those who want to get close to nature.

This book gives detailed descriptions of each area, including locator maps, history, recreational activities, available facilities (including wheelchair accessibility), wildlife, habitat, and contact information. It also includes expert advice from wildlife biologists on hunting, fishing, and wildlife viewing for each diverse area, as well as tips for some of the best birding, camping, hiking, biking, and horseback riding to be found in the great outdoors. 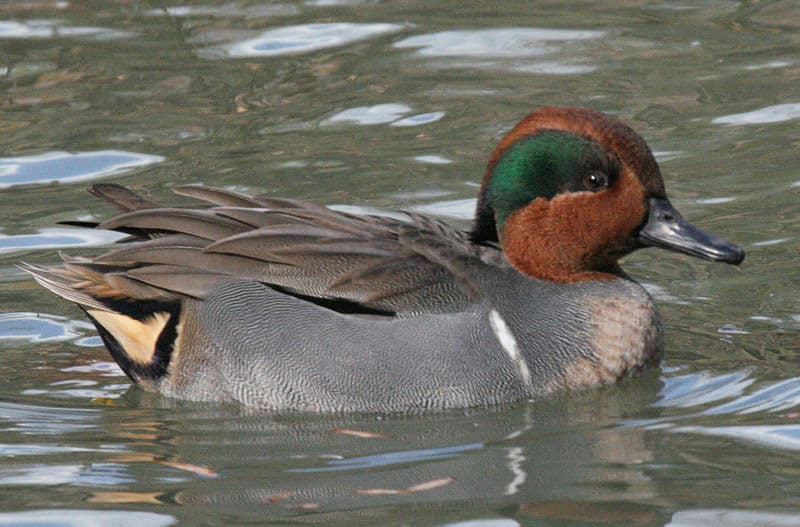 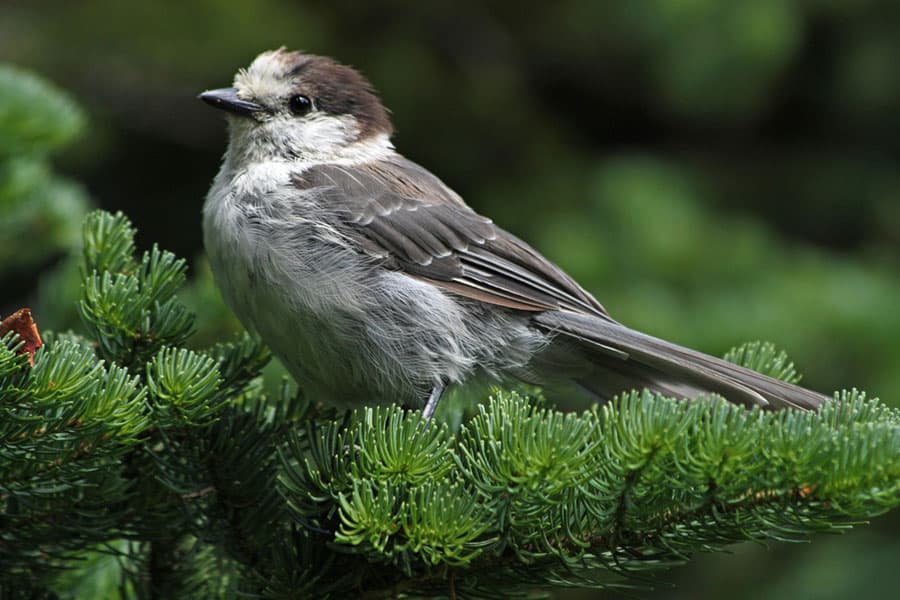