Prior to 2004 I’d never been to South Dakota, but that year a series of unrelated events took me to the Mount Rushmore State three times within an eight-month period. My spring trip was strictly for birding, the summer visit included camping and outdoor photography, and the fall excursion was a hunting trip. All three visits during those different seasons provided great opportunities for bird watching.

South Dakota is a land of tremendous habitat diversity, resulting in a great number of bird species. From the vast prairie grasslands in the east to the arid Badlands and dark, forested Black Hills in the west, the state boasts more than 400 species of birds. And you’ll likely have most birding areas to yourself, because South Dakota is the sixteenth-largest state in the United States—covering some 75,000 square miles— yet has fewer than 1 million people living within its borders.

In addition, the area is known for its woodpeckers—black-backed, Lewis’s, and three-toed—as well as the Clark’s nutcracker. Driving Wildlife Loop Road (18 miles) is a good way to get a feel for the habitat, birds, and other wildlife of the park. But beware of the wild burros! Several of them regularly walk onto the highway and stop traffic while their buddies go car-to-car shaking down the occupants for handouts of apples, carrots, and other booty—clearly unaware of the “Do not feed the wildlife” rule. The area is also known for its bison. Roughly 1,500 bulls, cows, and calves wander the park, one of the largest free-ranging herd in America.

Birders on the eastern side of South Dakota have the advantage of following two recognized birding trails. The Glacial Lakes and Prairies Birding Trail loops through the northeast section of the state, including 38 stops. Two highlights are Sand Lake National Wildlife Refuge and Sica Hollow State Park. Depending on the time of year spring and fall are your best bets. Sand Lake offers visitors a chance to see more than one million waterfowl, mostly snow geese. Some 260 other species visit the refuge. Rarities include yellow-crowned night-heron, red knot, and common loon. Sica Hollow’s 800 acres consist primarily of deciduous woodlands, steep hillsides, and open meadows. Veeries, warblers, yellow-bellied sapsuckers, least and willow flycatchers, yellow-throated vireos, scarlet tanagers, purple finches, and yellow-billed cuckoos can be seen. Pileated woodpeckers are viewed rarely in the deeper forest.

South Dakota’s Southeast Birding Trail has 33 stops along its route. My favorite, largely because of its historical significance, is Spirit Mound. Native Americans thought the low hill haunted, so Lewis and Clark, on their epic journey west in 1804, had to see for themselves. They met no devils atop the hill, but did view the very first bison of their trip, some 800 animals grazing the tallgrass prairie in all directions.

Several friends and I birded Spirit Mound—today a restored state-owned prairie—for several hours. During that time we counted, among other birds, a dozen or more sedge wrens, noting in our field guides that the birds were uncommon for the area. Professional birding guide Rick Wright was part of our group that day and explained the sedge wren’s unusual split-breeding behavior. “Sedge wrens will, at times, raise a brood in one area, move north for several weeks, then return and raise another brood before migrating south for the year,” Wright said.

Three other areas worth a stop along the Southeast Birding Trail are Newton Hills State Park, Adams Homestead and Nature Preserve, and Lake Andes National Wildlife Refuge. At Newton Hills, several friends and I recorded 15 species in just a little more than two hours, the highlights being a Blackburnian warbler and blue-gray gnatcatcher. At Adams Homestead, wildlife-viewing blinds overlook the Missouri River, Mud Lake, and woodland and field habitats. “Nearly 100 bird species have been identified on or near our area,” says park naturalist Jody Moats. “And with so much water here, we attract many shorebirds, including willets, Wilson’s and red-necked phalaropes, and lesser and greater yellowlegs.”

At Lake Andes I was able to add two species to my life list: American avocet and yellow-headed blackbird. In the very center of the state, just north of the capital of Pierre (pronounced “pier”), is Oahe Dam, which backs up the Missouri River, forming massive Lake Oahe. Jerry Stanford, an outdoors writer from Sioux Falls, birds the dam area. “There are numerous places to bird watch in the wooded areas,” he says. “Some of the more unusual species I’ve seen are black-headed grosbeak, turkey vulture, piping plover, least tern, and myriad spring warblers. Oahe is a wildlife and birder’s haven, and an area I’d highly recommend.”

One of the most lasting and vivid memories of my fall trip to South Dakota was of ring-necked pheasants, the state bird. Topping the rise of a low hill in the eastern prairie country, my three companions and I looked down on an enormous cattail slough. I don’t know how the birds heard us approaching on that late October day, given the incessant prairie winds, but well before we were even near the dry marsh, pheasants started boiling out until no fewer than 50 ringnecks were in the air at once.

“That’s what I came to see!” I shouted to our host, Jeff Grendler, a wildlife conservation officer with the South Dakota Game, Fish and Parks Department. “I’ve always heard about South Dakota pheasants and the numbers of birds here!”

“That’s nothing,” Grendler replied, nodding toward the mix of cocks and hens disappearing into the fields of waist-high grasses surrounding the marsh. “If you came back a month or so from now, three times as many birds could be in a slough this size.”

One last thing: If you’d like to endear yourself to South Dakotans while you visit their state—if you want them to think you’re a real macho birder—wander into a neighborhood restaurant or local watering hole and order some “chislic.” It’s a type of bite-sized, seasoned, deep-fried meat. What kind? Don’t ask—just grin while you eat it and keep repeating loud enough for others to hear. “Mmm, is that ever good!” 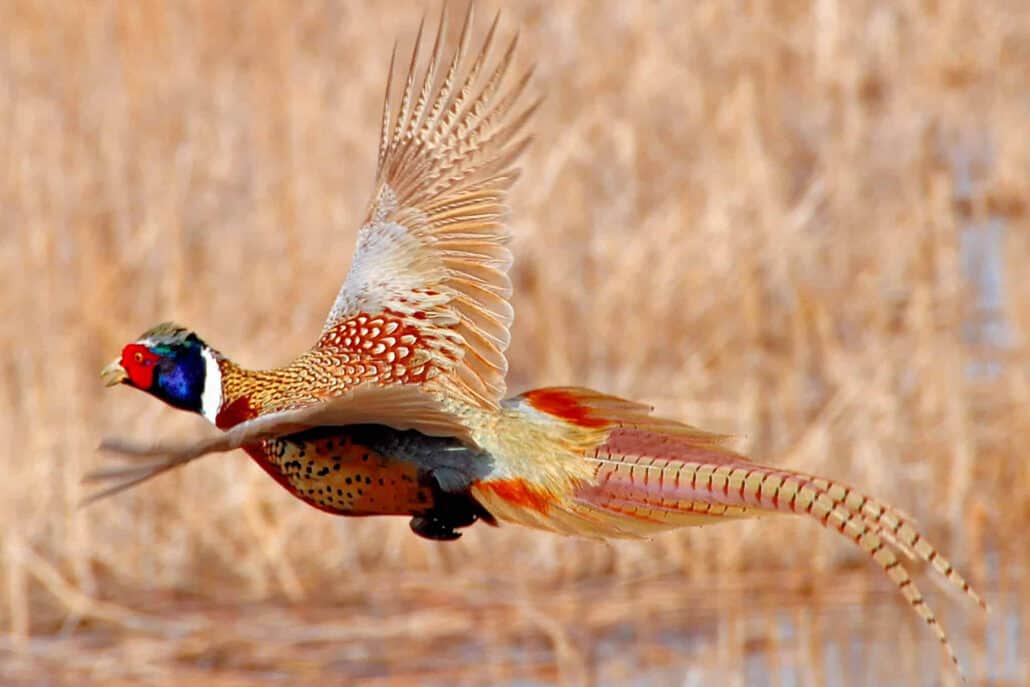 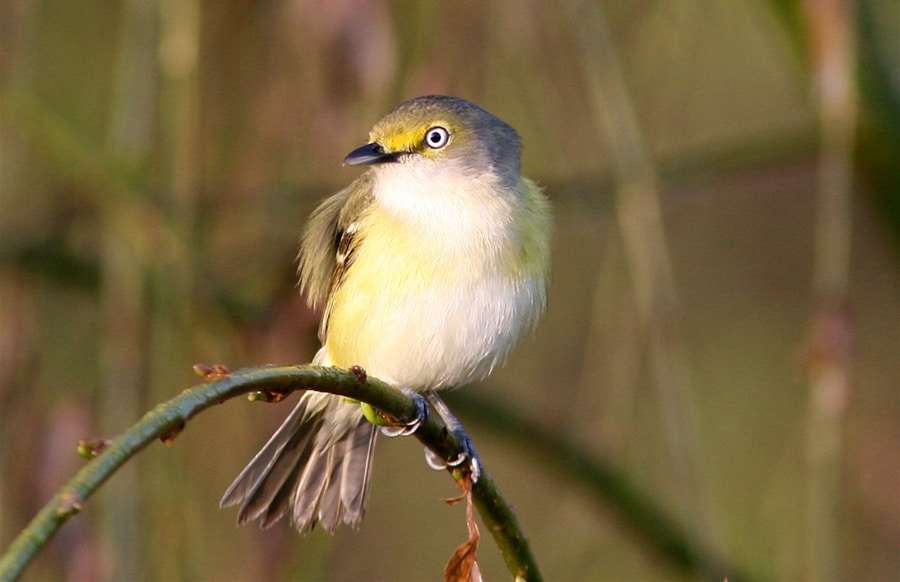 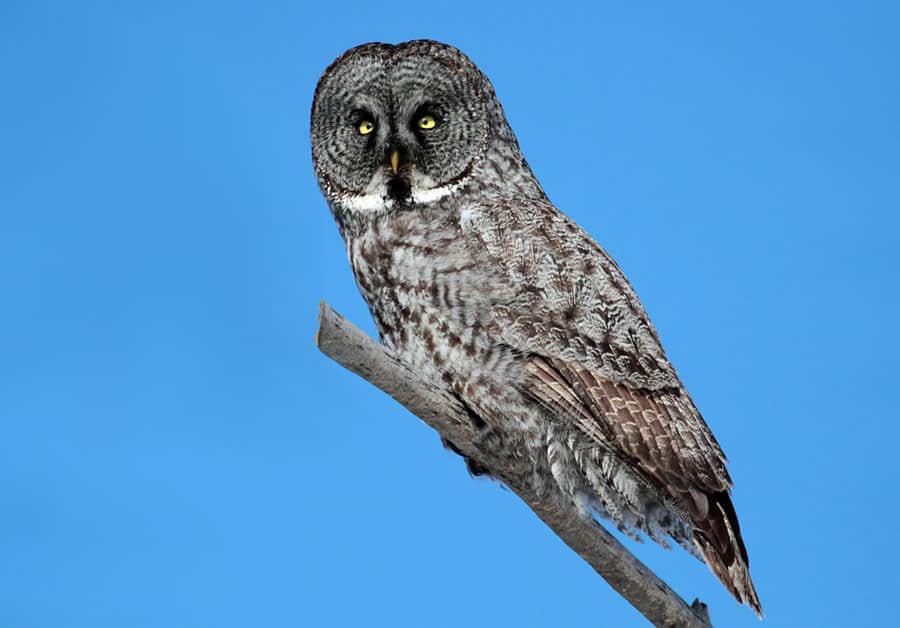