“Where can we find three-toed and black-backed woodpeckers?” We were at Custer State Park, South Dakota. Three-toed and black-backed woodpeckers are on the park bird list. But we hadn’t found them, though we’d been in the park four days. Now, however, we were talking to the park naturalist, the person who should be most likely to know where we could find those birds and others we had never seen, species we hoped to add to our life lists.

The question made me think of our first visit to Custer, years before. Our kids had been young then. One of them had asked me, “Will we see any buffalo, Daddy?” We had seen buffalo, hundreds of them. Would my wife, Mona, and I now see three-toed and black-backed woodpeckers?

“Black-backed woodpeckers nested in a pine in the Blue Bell Campground last year,” the naturalist told us, “but they haven’t been seen there this year.”

“One was seen earlier this spring in the burned area around Mount Coolidge.”

We had been by the Blue Bell Campground. We had been through the burned area around Mount Coolidge. We had driven all the blacktop roads in the park. We had hiked two of the trails in the park. That was our job, hiking trails. We weren’t just visiting Custer this time; we were volunteers living and working there for a month, having traveled here from our home in Albion, Indiana.

“Three-toed woodpeckers haven’t been reported in a couple of years.”

“How about Lewis’s woodpecker?” I asked.

“Seen recently in the trees along the stream at the entrance to the Prairie Trail.”

I looked at Mona. She looked at me. Silently we both decided, Prairie Trail tomorrow.

Volunteers at Custer work as receptionists in the visitor center and as campground hosts. They collect fees at entrances. They help the naturalist, lead tours, and give programs. One volunteer, while we I were there, was driving trucks and bulldozers.

There were volunteers mowing, cleaning, helping with maintenance. We had been given the trail job because I had experience working on trails. But we weren’t working on them. We were just hiking them and reporting on their condition, listing what we thought needed to be done. It was, we thought, an ideal job. Walk and make notes about the trail—and look for birds.

“Where can we find sharp-tailed grouse?” I asked, continuing with our list.

“They haven’t been seen in the park in years.”

“Lazuli buntings are seen regularly at the east end of the French Creek Wilderness area. Brewer’s sparrow, grasslands, rare. Good luck, you’ll need it. Chestnut-collared longspur—I’ve only seen one in the park since I started to work here.”

Custer State Park is 73,000 acres, bigger than many national parks. It includes rolling prairie and mountain peaks. Cottonwood and willow-lined streams wind through the prairie. Freshets, rock-lined, pour out of the mountains. There are oak savannahs and ponderosa pine forests.

We had been working as volunteers at another property when we heard, from a couple who had worked there, about the need for volunteers at Custer. I had written, asking for information about volunteering and about birds. We had been offered the trail job.

We weren’t given a schedule.

“Hike the trails any way you want,” we were told.

We had taken the Lover’s Leap Trail the day after we got to the park. It was convenient, a four-mile loop starting and ending in the grassy lawn around a schoolhouse, across the road from the visitor center.

From the lookout, the trail goes down, then follows a stream through a deciduous woods. There were more robins as well as both red-eyed and warbling vireos. We heard an ovenbird. We saw a western wood pewee, a western tanager, and more chipping sparrows. Our growing bird list for Custer was a mixture of birds of the East and the West.

We hiked the Grace Coolidge Walk-in Fishing Trail next. The birds were more of the same— red-eyed and warbling vireos, yellow-rumped warbler, western tanager, a western wood pewee, and chipping sparrow. We saw more robins.

That trail wasn’t as steep as the Lover’s Leap Trail. It follows a stream. It crosses the stream several times, but there are no bridges. Crossing is by stepping from rock to rock. Some of the rocks were wet and slippery: a few tilted when stepped on. We both slipped, both got wet to the knees.

The next day we met and talked to the park naturalist. And the next morning we hiked the Prairie Trail. We started by leaving the trail, however, searching up and down the stream, looking for a Lewis’s woodpecker. We didn’t see one. We saw red-eyed and warbling vireos and more robins.

From the stream the Prairie Trail goes through grassland with scattered trees. There we found chipping sparrows, two western tanagers, and more robins. In the prairie beyond we saw western meadowlarks, vesper sparrows, and mountain bluebirds, plus more robins.

We lived in our motorhome at Custer in a row of recreation vehicles in what was called the volunteers’ campground. We visited with the other volunteers, found out about their jobs. talked about ours and about searching for birds. As a result, volunteers who met visitors and answered questions began to tell people with questions about birds to “talk to the Cases.”

We weren’t easy to find, however, except in the evenings. By day we were on the trails or driving the roads within the park. We went often to the Mount Coolidge area where the black-backed woodpecker had been seen. We found a Cooper’s hawk there and a red-tailed hawk harassed by Clark’s nutcrackers. We saw robins. But no three-toed woodpecker.

We went to the east end of the French Creek Wilderness Area, where lazuli buntings were supposed to be. We saw vireos and yellow-rumped warblers and robins and a flock of piñon jays there. But no lazuli buntings.

Along the roads were vesper, lark, Savannah, and grasshopper sparrows. One morning we saw an upland sandpiper. Two red crossbills perched in the top of a ponderosa pine by the road. One afternoon we saw two black-billed magpies. We found eastern bluebirds, mourning doves, killdeer, mallards at a pothole, and an eastern kingbird. Everywhere we saw robins. But no sharp-tailed grouse or Brewer’s sparrow.

All the birds we most wanted to see eluded us—until one morning when we were on the Centennial Trail. We encountered a problem—four problems: four bull buffalo in the trail before us. We were looking for a way around them when we spotted a woodpecker on a tree near the trail. It was a black-backed woodpecker, a male!

That very evening a visitor stopped at our RV and asked where to look for black-backed and three-toed woodpeckers. “Centennial Trail, near the Badger Clark Memorial,” we told him. “We saw a black-backed woodpecker there this morning.”

The next day, on another section of the Centennial Trail, I saw another male black-backed woodpecker. It was chiseling out a hole in a pine.

Our visitor of the previous day returned that evening. He hadn’t found the black-backed woodpecker.

“Want to try another place tomorrow?” I asked him. “I saw another one this morning.”

The next evening he was back. He had found the nest hole and not one but two black-back woodpeckers, male and female.

My luck that day had been as good as his. While he pursued the black-backed woodpecker, I had hiked the Sylvan Lake–Harney Peak Trail. Near the top I had seen male and female three-toed woodpeckers, also at a nest hole.

We lived in Custer State Park four weeks, hiking all the trails of the park except the French Creek Wilderness Area Trail. We saw and added black-backed and three-toed woodpeckers to our life lists. We missed our other want-to-see birds, but we compiled an impressive list of birds of the East and the West while working as volunteers at this South Dakota state park.

The Custer area provides a variety of places to eat and stay while you visit. Numerous motels, cabins, bed and breakfasts, lodges, and campgrounds exist in Custer and the surrounding area. There are many restaurants along U.S. 16/385 north that are open all year; some are open seasonally.

For information about volunteer work opportunities, write to any park or wildlife refuge where you would like to work, requesting information and an application form. 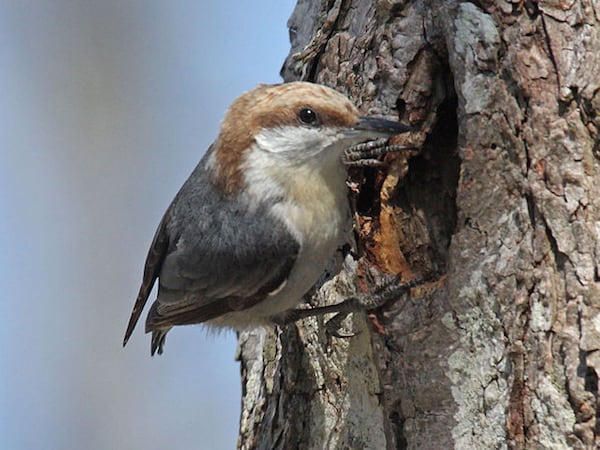 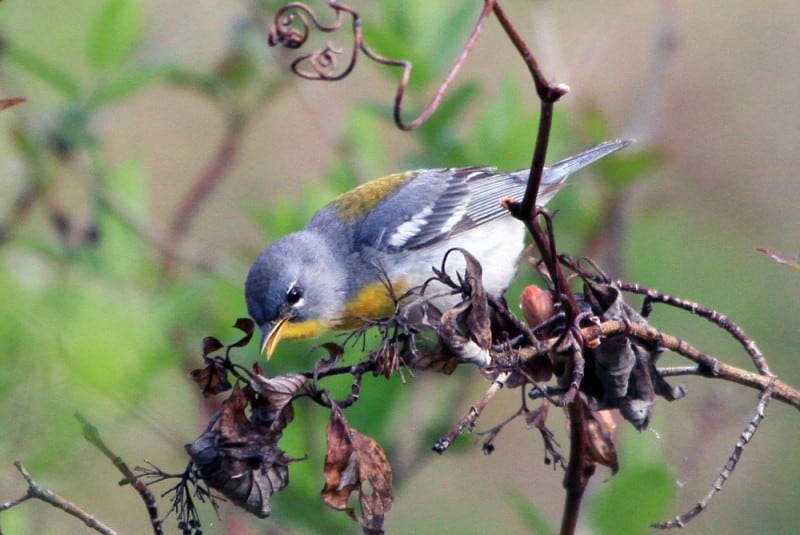