When you think of birding hotspots near you, what areas come to mind? Do you enjoy visiting a nearby park rich in ecology that is home to both many year-round birds as well as uncommon breeding birds? Do you travel to dense forests to seek out birds that live in the deepest parts of the woods? Are you able to travel a short distance to traditional migrant fallout spots? Is there a nearby hawk-watching spot where thousands of birds of prey can be seen every migration? All of these are a reality for birders visiting the Lower Rio Grande Valley of far southern Texas, one of the premier birding hotspots in the country.

More than 500 bird species have been documented throughout the Lower Rio Grande Valley. The Valley is a truly unique area of the world, where several major biomes converge. As I’m typing this, several long-billed thrashers and Inca doves are feeding outside my window. The doves are gently grazing the soil surface for seeds while the thrashers flip leaves aggressively in their search for food. Intermittently I’m hearing “our” handsome clay-colored thrush unleash his melodious song. Plain chachalacas are cackling through the treetops, keeping their territories and social groups established while parent chachalacas tend to their chicks’ needs on the forest floor. A common pauraque sleeps soundly this morning just a few hundred feet from my computer. Eight radiant just now green parakeets zipped overhead!

It’s a noisy and bird-filled world out there! I’ve been living and working in the Lower Rio Grande Valley for the past year and a half, and south Texas really has the feeling of paradise for a birder. The resident birds are a treat, but the birds passing through twice a year is breathtaking. Read on as we partake in a virtual tour of this amazing landscape that brings birds and birders together.

The Lower Rio Grande Valley hosts some of the grandest assortment of birds found in North America when considering residents, rarities, and migrants. The various ecoregions of the Valley cater to different birds’ needs for shelter, food, and survival. We’ll start our tour where the Rio Grande empties into the Gulf of Mexico, and bird our way westward with what are known as World Birding Centers (www.theworldbirdingcenter.com).

The World Birding Centers, designated as such by the U.S. Fish and Wildlife Service, Texas Parks and Wildlife Department, and their local communities, consist of nine key areas for experiencing the bird life in South Texas. The South Padre Island Birding and Nature Center is the easternmost WBC. Along this site’s boardwalks we’ll find roseate spoonbills among an impressive list of wading birds, black-bellied whistling ducks and mottled ducks, swarms of migrants if we catch the spring and fall fronts, and many other magnificent birds, including magnificent frigatebird when storms are approaching.

Not far from here is Resaca de la Palma in Brownsville, a renowned birding spot consisting of a scattered tropical habitat, a little Tamaulipan scrub, and a few resacas (dry river beds) where groove-billed anis breed commonly. Harlingen Arroyo Colorado is a scenic spot to go birding in Harlingen, consisting of scrubby habitat and medium-dense forests that host an impressive numbers of birds. Throughout Harlingen are specific spots where one can find red-crowned parrots as they flock to their roosting sites every afternoon. Further west is Estero Llano Grande State Park in Weslaco. This site contains dense and fairly old tropical habitat, scrub forest, and widespread southern floodplain prairie with some small bodies of water as well. Estero Llano Grande State Park is recognized not only as one of the top places to bird in South Texas, but also has a history of turning up rare birds that meander well north of their typical Mexican ranges.

Just down the road is the Hidalgo Pumphouse, a landscaped area great for easy walking, butterflies galore, and fun birding. Northwest of there is Edinburg Scenic Wetlands, a wooded thicket and water-based birding hotspot that is known for waterfowl masses, wading birds, and southern butterflies species. Each location has so much to offer!

Heading south of Edinburg Scenic Wetlands we end up in McAllen, one of the larger cities in the central Valley. Along the southern edge of McAllen is a historic site that also happens to be an outstanding place to go birding, called Quinta Mazatlan, a 1930s mansion and birding center. This hotspot has the highest density of year-round clay-colored thrushes in South Texas, a species considered rare anywhere north of South Texas. Due to the close proximity to the McAllen-Miller International Airport, many of the birds found in Quinta Mazatlan, such as plain chachalaca, curve-billed thrasher, great kiskadee, and green jay are unusually tame.

A short drive west is Bentsen-Rio Grande Valley State Park, located in Mission. This hotspot has miles of hiking trails and is home to an impressive spectrum of year-round birds, including Altamira oriole, green kingfisher, black phoebe, and even the rarely seen hook-billed kite, typically during winter. Roma Bluffs is the westernmost World Birding Center, home to bird species that favor very arid conditions, such as verdin, pyrrhuloxia, and greater roadrunner.

If you’re looking for a central all-round spot to bird in South Texas, McAllen is a great place to experience the bird life, not far from other sites, and with Quinta Mazatlan just around the corner! Now let’s take a more in-depth virtual tour of that unique hotspot.

Upon entering the wooded parking lot of the 20-acre Quinta Mazatlan, the sense of being in the city seems to disappear. Inca doves roam around the parking lot all day long, often cooing their soft song, no hope, no hope. Curve-billed thrashers run along the edges of the trails, checking to see which cacti and leaf pile will provide the tastiest morsels. Their liquid whip-whip call notes make any birder smile. A hummingbird zips by with a low-pitched roar of wings and a high-pitched chatter of aggressive call notes. The rufous-and-green plumage glows next to the red-and-black bill of the buff-bellied hummingbird, a year-round resident of South Texas.

Plain chachalacas cackle throughout the treetops and the understory. Their antics are delightful to watch, and several chicks scurry after their fast-strutting parents. The chachalaca is a unique member of the guan family, with no other relatives found in the United States. Plain chachalacas nest at Quinta Mazatlan, where their fuzzy chicks are commonly seen sporting a dapper pink beak and black Mohawk. They climb through the trees in their family groups, calling and grunting to one another as they scrounge the limbs for fruit, a chachalaca’s favorite food.

At the edge of a creek, a family of four clay-colored thrushes bathes, their feathers cooled and cleansed from the mid-morning heat. The adults have rufous-tan bellies with chocolate-brown backsides and heads. This against a yellow bill and deep-brown eyes makes for a remarkably beautiful bird! The two nearby juveniles’ backsides and flight feathers are scalloped with rufous edges while their fronts are spotted with dark markings. One adult sings after bathing. It drums up the attention and arrival of two great kiskadees who proclaim their presence on the edges of trees. Great kiskadees are a handsome flycatcher of the tropics found as far north as the southern third of Texas. Their black-and-white mask contrasts sharply with their lemon-yellow undersides. One adult flares his neon yellow crest and opens his colorful wings as he arrives to the creek, calling out k-k-k-kiskadee-kiskadee.

High-pitched ticking comes from the nearby leaf litter and brushy area behind us. As we scan into the thicket we glimpse a stout, almost junco-like bird of pale gray and dull olive, with light brown streaks on its face. These delightful and secretive birds are olive sparrows, a year-round Lower Rio Grande Valley specialty. One sings, and we hear the classic chipping sparrow tune to the rhythm of a dropped ping pong ball.

After several minutes of watching the sparrows, a whiny call of a raptor pierces overhead. We look upwards and find a high-soaring gray hawk flying effortlessly through the late morning air. Tapered “hands” trim the ends of stocky but petite wings on this raptor. The adult gray hawk shows off the silvery gray backside and head with snowy white undersides. The black-and-white tail is a clear giveaway. On the opposite side of Quinta Mazatlan’s trails is an education area where children come to learn about nature. Instilling a joy and understanding of nature in children is key for conservation in the future, and part of Quinta Mazatlan’s mission.

A nasal-toned whistle of a distant oriole catches our attention. We see a large, radiant orange bird fly by. Its black wings bear a bold epaulet of orange and a thin streak of white. This handsome Altamira oriole is found year-round throughout the Lower Rio Grande Valley and nowhere else in the lower 48. Look for it in  large and dense woods gleaning insects and carefully plucked fruit. It is known for its impressively large teardrop-shaped hanging nest.

As we casually walk around the backside of the Quinta Mazatlan trails, a parula-like song catches our attention, a high-pitched, fizzy trill that delights our ears. Solid yellow underbelly and throat, deep blue head and back, and two bold, white wing bars illuminate this tiny bird’s identification: The tropical parula is a rarity for south Texas, but here it is! I met some readers of Bird Watcher’s Digest during the past year who made a trek to Quinta Mazatlan specifically to see the three tropical parulas that visited these trails.

All of the birding hotspots in the Lower Rio Grande Valley have much to offer. I highly recommend visiting all of them to get the full feel of what the bird life and ecology is like here. You’re in for a treat when you come to the Valley!

One of the larger cities in the Lower Rio Grande Valley, McAllen is experienced with catering to visiting birders. Chain hotels are found throughout the city, with several of them conveniently located along the Expressway. Depending on where you stay there is a chance you may hear green parakeets or red-crowned parrots flying overhead in the evening hours right from your hotel parking lot!

Tex-Mex food is available throughout the city at various mom-and-pop restaurants, and even if you like spicy food, start off with medium-spicy before you order hot, as south Texas-spicy food is deliciously potent. If you’re in need of an early morning meal while commuting to a more distant hotspot, be sure to stop at many a gas station for a surprisingly wholesome selection of breakfast tacos, made with real ingredients—including real eggs!

Carrying ample water is a crucial part of birding anywhere in South Texas, since midday temperatures can be grueling throughout the year. Wear long-sleeved, breathable clothes, apply sunscreen liberally, and get ready to have some memorable birding experiences! 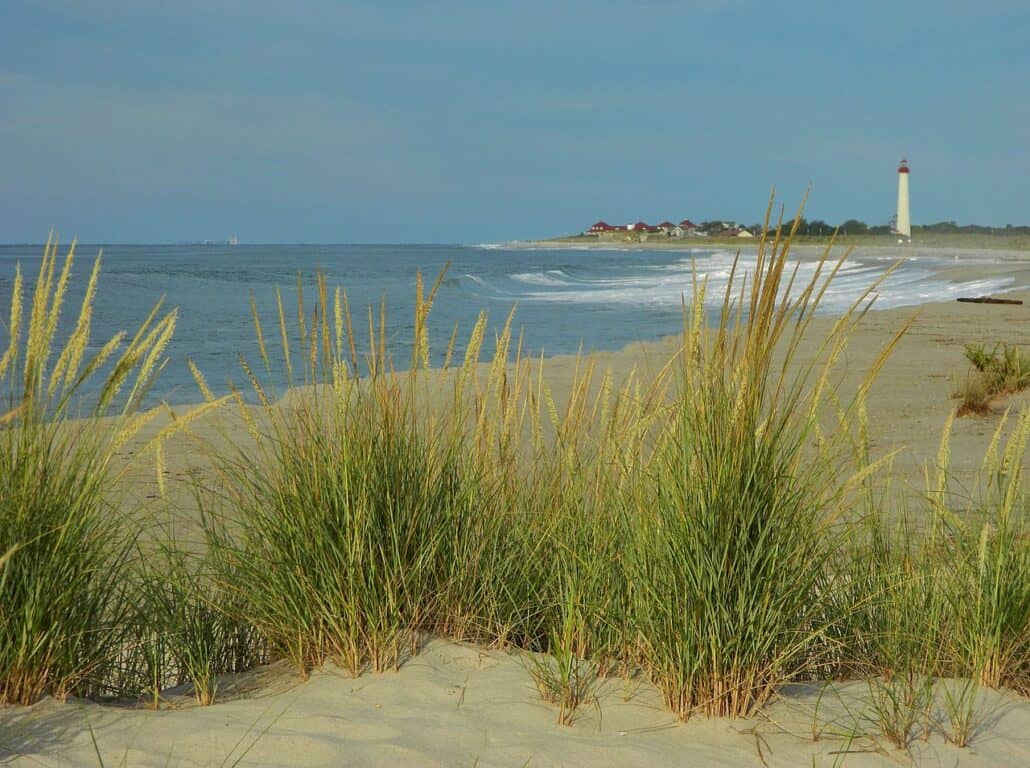 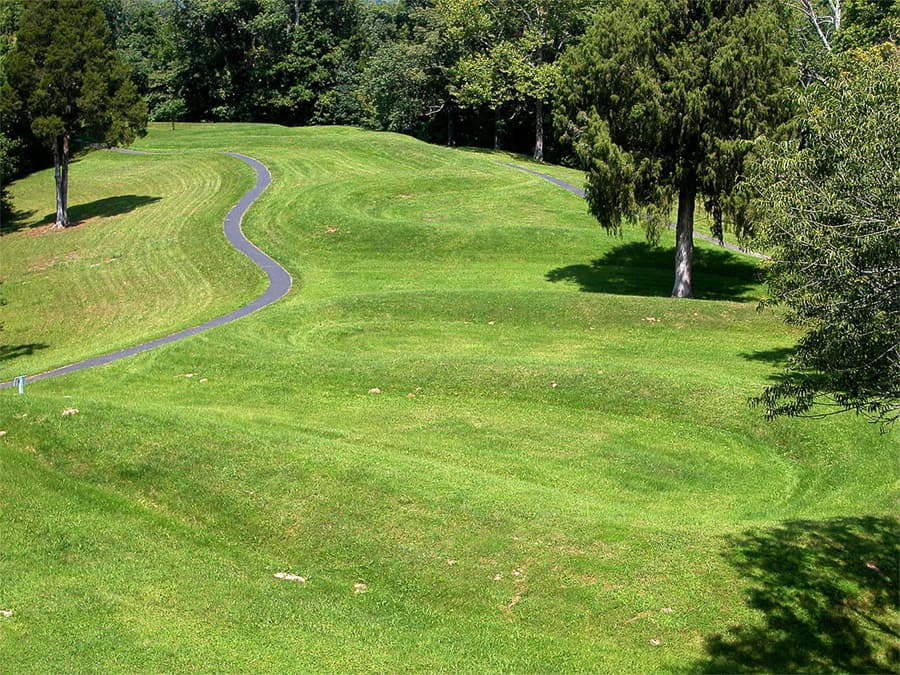 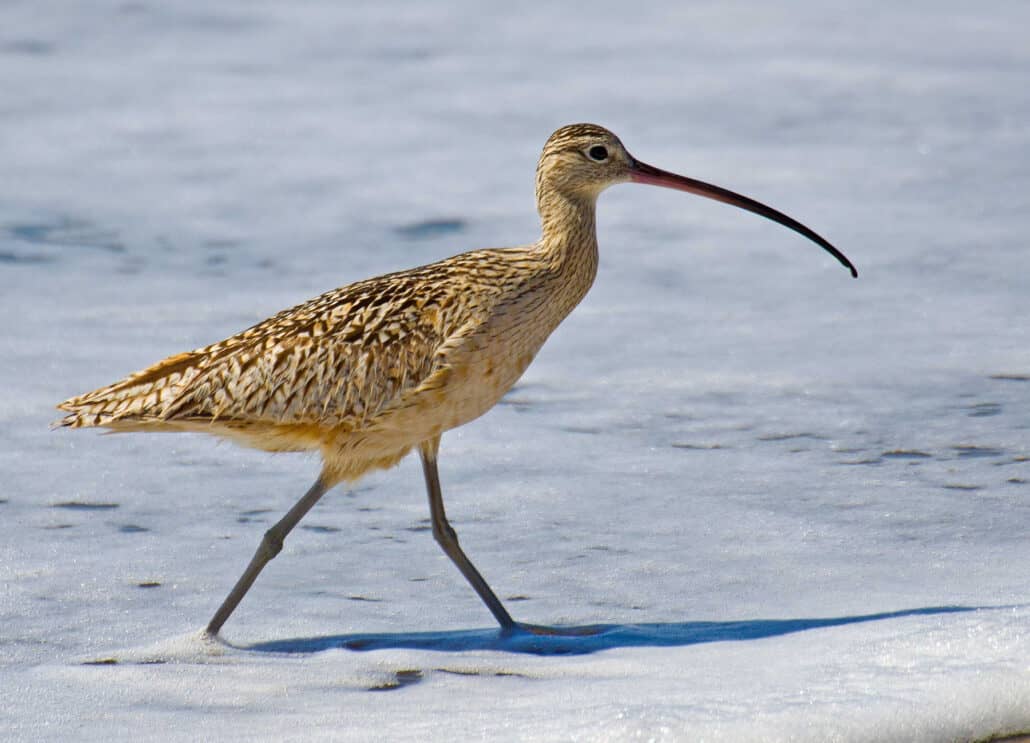