By the time Christopher Columbus first reached America in 1492, they were already at least a millennium old. What were they? Mounds: human-made earthworks of unbelievable size and variety, dotting the entire eastern half of North America. Some were conical mounds, others earthen walls, embankments, flat-topped platform mounds, and effigy mounds constructed in the shapes of animals.

But why were they built and by whom? Those two questions have intrigued archaeologists and other scientists for hundreds of years.

“The bottom line is we just don’t know why they were built,” said Brad Lepper, archaeology curator with the Ohio Historical Society. “We know who built them: a series of prehistoric Native American cultures often referred to collectively as mound-builders. But why the various mounds were constructed remains a mystery. These peoples left us no written record, so we are forced to try and piece together what we know of them from the artifacts found in the mounds themselves.”

The Hopewell Culture, for instance, which lived in what today is the state of Ohio and the Ohio River Valley, constructed mounds for some 500 years, from about 100 B.C. to about A.D. 400. These people developed an extensive interaction and trade network during that period, with artifacts found in their mounds including copper from the southern shore of Lake Superior, silver from east-central Canada, obsidian from the Yellowstone Region of Wyoming, mica from the Blue Ridge Mountains of the East, and seashells from the warm waters of the Gulf Coast.

To call attention to Ohio’s prehistoric mounds, the summer of 2012 has been designated the Ancient Ohio Summer. “The Ancient Ohio Trail is a collection of travel routes to some 15 mound and earthwork sites across the central and southern portions of the state,” said Dr. Richard Shiels, director of the Newark Earthworks Center. “The Trail was developed over the past several years to showcase the world-class, prehistoric earthworks Ohio contains.”

Fascinating, you might say, but what does all of this have to do with birding? Because Ohio’s ancient mounds are scattered across the state, they encompass a variety of wildlife habitats. As a result, birding the Ancient Ohio Trail not only offers the opportunity to see a variety of avian species—possibly even a few new to you—but also the chance to visit prehistoric mounds and ancient earthworks at the same time. From suburban, parklike settings to rural areas of open fields, woods, streams, and mature forests, the Ancient Ohio Trail is both a travel and birding experience.
Someone who knows Ohio birding well and what species you’ll likely see along the trail is Jim McCormac, a BWD contributing editor and coauthor of the book Birds of Ohio (lonepinepublishing.com)

“Roger Tory Peterson himself couldn’t have laid out the Ancient Ohio Trail any better for the bird-seeker,” said McCormac. “If someone visits these sites, especially during the breeding season, they’re going to see scads of interesting birds. It’s as if the ancients strung these mounds in a line through southern Ohio’s best habitats. Fort Ancient and Fort Hill, for instance, are carpeted with old-growth forest and support an enormous variety of woodland birds. Sixteen species of warblers are possible, including cerulean, hooded, Kentucky, and worm-eating warblers and Louisiana waterthrush.”

McCormac continued, “Serpent Mound is smack in the midst of one of Ohio’s most specialized eco-regions, the Bluegrass Province of Adams County. The area is characterized by unusual cedar glade prairies that abound with rare plants and interesting birds. Prairie warblers and yellow-breasted chats are everywhere, and blue grosbeaks are fairly easy to find. The nearby Ohio Brush Creek Valley is home to Ohio’s only breeding population of chuck-will’s-widow.”

Following are descriptions of some of the better-known, not-to-be-missed sites along the Ancient Ohio Trail.

Both located in Newark, Ohio, these two sites are world-class mounds. The Great Circle, an astonishing four football fields in diameter, was most likely a ceremonial site. “It’s definitely of a coherent geometric, scientific, and mathematical design,” said Richard Shiels. The circular enclosure is so large—big enough to contain 20,000 to 30,000 people—that the Ohio State Fair was held there in 1854. Several years later, Union Civil War troops trained within the high, earthen embankments of the circle.

Just a few miles across town, the walls of Octagon Earthworks mark the 18.6-year cycle of the earth’s moonrises and moonsets. “It’s perfectly aligned cosmologically, kind of like a cosmic alarm clock for the ancients,” quipped Brad Lepper. Today, surprisingly, some 50 acres of Octagon Earthworks are encompassed by the Moundbuilders Country Club golf course. However, in 1892 the forward-thinking citizens of Newark voted to protect the mounds and keep them open to the public, so a visit is still free of charge. Just remember to duck if you hear someone yell “Fore!”
Hopewell Culture

Located near Chillicothe, this national park highlights the Hopewell Culture of Native Americans. These people constructed conical mounds as well as earthen walls, often built in geometric patterns. “There are more than 100 prehistoric burial sites in the park,” said park ranger Melinda Repko. “Artifacts from all over North America have been found here, some of which are on display in the park’s Mound City Visitors Center.”

As with the Great Circle Earthworks in Newark, this site was also once a military encampment, named Camp Sherman. Today, archaeological excavations are ongoing at the park, so when you visit you may see scientists and students involved in an active dig.

Considered another world-class cultural site, Fort Hill in Highland County was not a fort per se. Rather, the name is a case of mistaken identity. When early European settlers discovered these mounds after arriving in Ohio in the 1700s and early 1800s, they assumed that because the earthen enclosures were built on ridges, they were for defensive purposes, and hence were called forts. Again, the real reason(s) for the mounds are unknown, but they are suspected to be of a ceremonial or religious nature. This area is heavily wooded and is excellent habitat for forest songbirds. No fewer than 14 species of wood-warblers have been spotted here. The earthworks themselves are massive, measuring more than a mile and a half in length and enclosing some 40 acres.

A few miles south of Fort Hill is Serpent Mound in Adams County. Measuring nearly a quarter-mile in length, the snake-shaped Serpent Mound is the largest effigy earthworks in the world. Believed to be built by the Fort Ancient or Mississippian peoples sometime around A.D. 1120, this site includes a viewing tower that allows you to see and photograph the mound in its entirety, which is difficult to do from ground level. During the summer solstice, the sun sets directly in line with the head of the giant snake. A thousand people or more turn out for this annual June event. Modern-day Native Americans often leave small offerings such as tobacco at the head of the serpent.

As with Fort Hill, Fort Ancient in Warren County was not a fort. And to add to the confusion, Fort Ancient was built by the Hopewell Culture, not the Fort Ancient peoples who were latecomers to the site. Be that as it may, the site is well worth a stop, as it is the largest and best-preserved prehistoric hilltop enclosure in the world. Three miles of sinuous walls enclose 100 acres, opening at 67 stone-lined gateways in various complex designs. The site dates back more than 2,000 years and has been nominated for World Heritage status.

“Even after two millennia, the imprints of the woven baskets used to carry the dirt can still be seen in portions of the mound,” said Jack Blosser, site manager. Also worth a visit is nearby Sun Watch Indian Village and Archeological Park, which sits on the original site of an 800-year-old Native American village.

If you’d like to see many of the best artifacts from all of Ohio’s mounds and earthworks in one location, the Ohio History Center (ohiohistory.org) in Columbus is the place. Located along Interstate 71, this large museum is open to the public for a minimal admission fee. And if you have a few extra hours to spend while in Ohio’s capital city, Green Lawn Cemetery (greenlawncolumbus.org) has been a popular birding location for decades.

As many as 200,000 prehistoric mounds may once have covered eastern North America. Using only wooden digging sticks, stone hoes, clamshells, and woven baskets, prehistoric peoples moved thousands of tons of soil in creating these extensive earthworks. Sadly, an estimated 80 to 85 percent of those mounds have since been destroyed, taking with them whatever secrets they held of the Native Americans who built them and the lives they once led. Some archaeologists believe the works of the mound-builders exceed in size and scope that of the Pyramids and other antiquities of ancient Egypt. Why not travel to the Buckeye State during this Ancient Ohio Summer and decide for yourself? You’ll enjoy some great birding along the way. 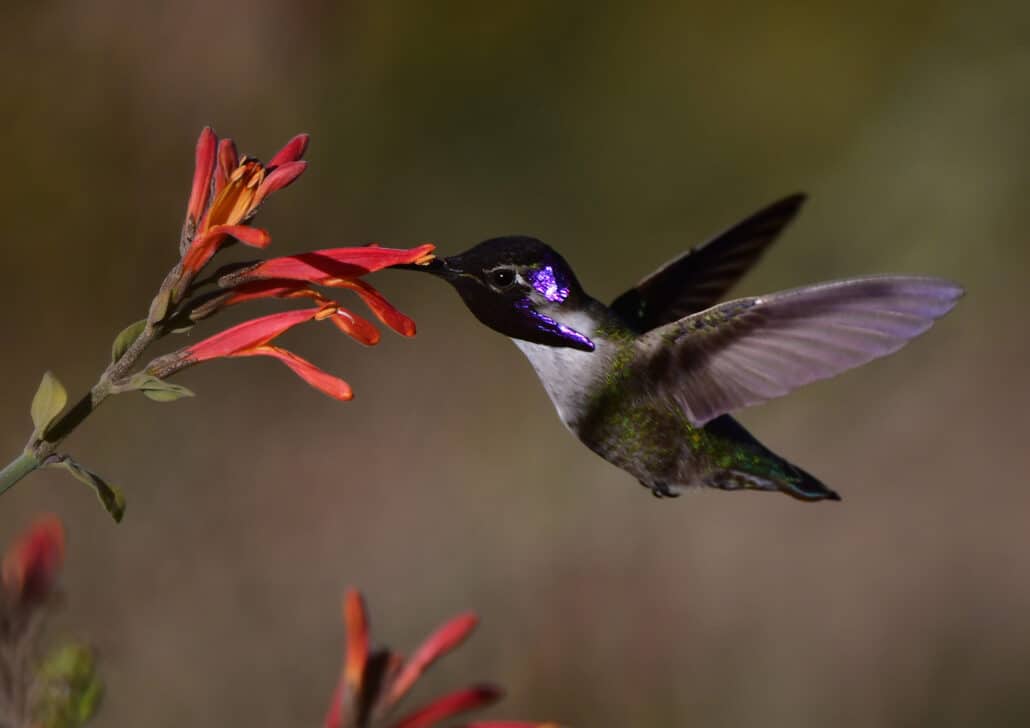 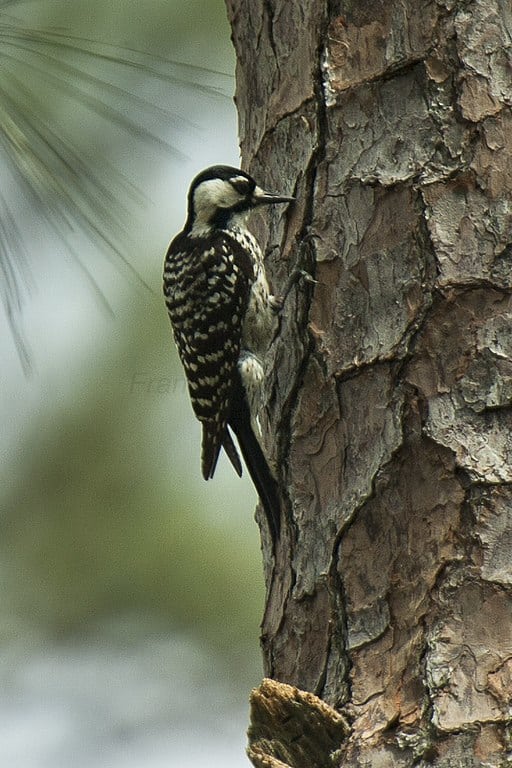 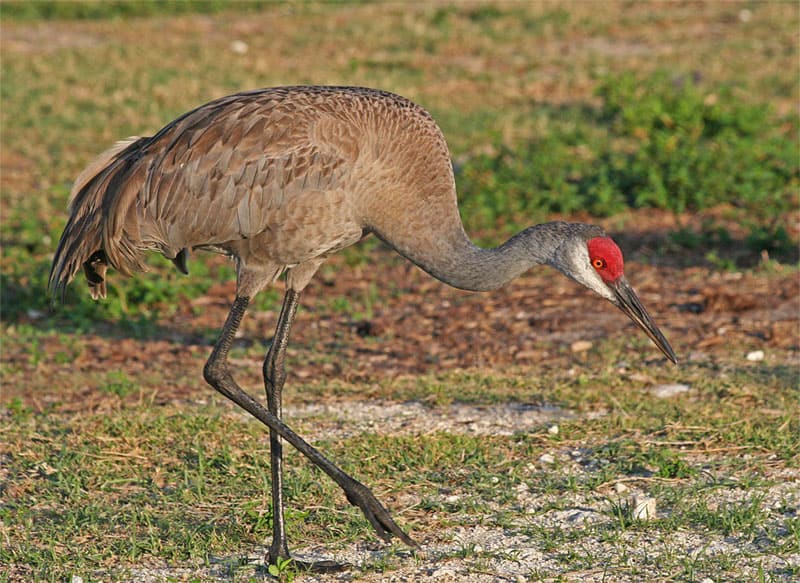