Welcome indeed! Whether you are a beginning birder or an avid bird watcher, Minnesota is a great place to wander and wonder. It is an enchanting place-the North Star State. Vast boreal forests, expansive prairies, remote bogs and wetlands, and woodlands galore all add up to some great birding.

Minnesota is also one of the “wettest” states, with more than 7,326 square miles of water and more than 14,000 miles of rivers and streams. In fact, the name Minnesota comes from the Dakota Indian word minisota, meaning, “blue-tinted waters” or “water that reflects the sky.” Because Minnesota is the land of 10,000 lakes-although many residents will tell you that it’s actually the land of 15,291 lakes-Minnesota has 90,000 miles of shoreline.

Minnesota is famous for a lot of non-birding reasons:

Mary Tyler Moore tossed her hat into the air in Minnesota. Scotch tape, Wheaties, the snowmobile, the Green Giant, the stapler, water skiing, the pop-up toaster, Spam, rice cakes, Target stores, Cheerios, Northwest Airlines, and the bundt pan are all Minnesota inventions. Madison, Minnesota is the “lutefisk capital of the United States.” Lutefisk is cod rendered inedible or cod that passes all understanding. For some unknown reason, Minnesotans, especially those of Scandinavian descent, insist on eating lutefisk.

Birding was not invented in Minnesota, but it could have been because nature and wildlife abound in Minnesota and are an important part of our state’s culture. For example:

The Boundary Waters Canoe Area Wilderness, located in Superior National Forest, consists of more than a million acres with over 1,000 lakes and streams that provide in excess of 1,500 miles of canoe routes.

Our state is home to the International Wolf Center (in Ely), The North American Bear Center (also in Ely), and The National Eagle Center (in Wabasha).

About half of the land in Minnesota is composed of gently rolling plains that were formed when the glaciers moved over the area during the last Ice Age. The glacial activity was very kind to the state. When the glaciers melted away, they left large areas covered with fertile topsoil. There are portions that are rocky or sandy, but most of it is rich farmland.

The northern part of Minnesota offers the most rugged terrain. The northeast section of the state has many rocky ridges and deep lakes with the area north of Lake Superior being the roughest and most isolated. In the far northeast, the Minnesota border resembles an arrowhead, and consequently this part of the state is often referred to as the Arrowhead Region.

Along the Mississippi River, in the southeastern section of the state, the land is relatively flat, cut by deep valleys created by fast flowing rivers and streams. In southwestern Minnesota, the glaciers left thick deposits of sand, gravel, and clay gouged by many streams.

The elevation in Minnesota ranges from 602 feet above sea level on Lake Superior to 2,301 feet at Eagle Mountain located in Cook County, not too far from Lake Superior.

The Mississippi River, the longest river in the United States begins in Minnesota and, like a lot of our birds, heads south. Mississippi comes from an Ojibway word meaning “great river.”

People come from all over the world to spend time in Minnesota looking at our state’s wonderful birds. The diverse habitats offered by Minnesota make the state a birding gold mine. From the corn belt in the south to the sub-arctic forests of the north, birding is great. From the Great Lakes region in the east to the Great Plains in the west, birding is superb.

Many people think of weather when they think of Minnesota. And they don’t think of just any weather. They think of harsh weather. Minnesota receives about 50 inches of snow a year, although there are years when it seems like that much fell in January alone.

It’s easy to joke about our weather extremes. The coldest temperature ever recorded in Minnesota was 60 degrees below zero in Tower on February 2, 1996. The first word said by children born that day was “BRRRRRR!”

Most street mimes in Minnesota are just ordinary folks who have difficulty forming words in extremely cold weather.

The state song is “Hail! Minnesota.” This song may also be used to sometimes describe the weather here.

What is the average weather in Minnesota? No one has lived long enough to tell.

The same logic is used when you ask a Minnesotan what a typical summer is like. Many residents will reply with something like, “I don’t know. I’ve only lived her for 25 years.”

Lake Superior and the various land habitats adjoining it are attractive to many species of birds. Lake Superior is the largest freshwater lake in the world covering 31,700 square miles and stretching 350 miles in length. More than 350 species of birds have been recorded in the Duluth area, including many vagrants and rarities not typically found anywhere else in the state. The harbor area hosts birds like snowy owl and gyrfalcon during the winter. In summer, Interstate Island has the largest common tern colony in the state. Minnesota Point offers a good spot to look for shorebirds and waterfowl in spring and fall.

But Duluth is just one of our great birding spots. For other recommended sites, check out the Top Ten Minnesota Birding Spots later in this chapter.

Minnesota’s state bird is the common loon-a cool bird for a cool state. The song of the loon can make a bird watcher out of otherwise normal people. The term “crazy as a loon” might have originated from this bird’s power in turning sane people into crazy birders. Some have become regular birding “loonatics.”

The Minnesota state insect is the Monarch butterfly. The state fish is the walleye. The state tree is the Norway pine. The state flower is the pink and white lady’s slipper.

The state muffin is the blueberry. A blueberry muffin is a great thing to eat while you take a look at some of the 427 birds that have officially been seen in Minnesota. More than 300 of these birds are considered “regular.” That has nothing to do with their digestive system-although it could-what it means is that they are seen either 9 or 10 years out of every 10 in Minnesota.

On a birding trip in Minnesota, you might become hot, cold, wet, or icy, but if you look at birds, you will never be bored.

There have been birds in Minnesota for as long as anyone can remember. Even the oldest of old-timers can’t remember a day without birds.

The Native Americans who live in Minnesota have an intimate and spiritual connection with the birds. Birds play an important part in their religious ceremonies and a good number of their dances were inspired by birds. Birds had prominence in early drawings done by Native Americans. These people were avid bird watchers. Their lives were planned around nature’s calendar, so these early birders watched the comings and goings of birds with great interest. Birds were the Weather Channel of the day.

Unfortunately, not all of the birds watched by the Native Americans are still with us. Due to habitat loss and other contributing factors, some birds that once were seen in Minnesota are no longer found here. According to the checklist produced by the Records Committee of the Minnesota Ornithologists’ Union in 2004, two species have been extirpated from the state—the Eskimo curlew, a former regular migrant last recorded in the state in 1886, and the northern bobwhite, a former permanent resident. The passenger pigeon, a summer resident of Minnesota at one time, has become extinct. It was last seen in Minnesota in 1895. An endangered species, the whooping crane, another former summer resident, has become an infrequent visitor.

Sadly, not a great deal of information on the early birdlife of Minnesota was put in writing.

The first book on Minnesota birds was “Notes on Minnesota Birds” and was written by Philo Hatch and published in 1892. The first published Christmas Bird Count in the state was conducted on Christmas Day in 1905. The definitive work on Minnesota birds was “The Birds of Minnesota” written by Thomas S. Roberts in 1932 and revised in 1936. This wonderful state monograph includes drawings by such incredible artists as Francis Lee Jaques, Walter Breckenridge, Louis Agassiz Fuertes, George Miksch Sutton, Alan Brooks and Walter A. Weber, and is one of the finest state bird books ever written.

Today Minnesota has a rich array of bird clubs, ornithological societies, and nature groups that not only bring birders together, but also carry on the important work of gathering data on our birds and preserving their vital (and sometimes threatened) habitats. For more information on these organizations see the Resources section at the end of this chapter.

Tips for Bird Watching in Minnesota

Here are a few suggestions to help you get maximum enjoyment from your Minnesota bird watching.

The phrase “Minnesota nice” is often used to describe the people of Minnesota, but it applies to the birds and the birders as well. Birding in Minnesota is good for the soul.

As a motto for the Iron Trail in northern Minnesota says, “Come, take advantage of our good nature.” If you are good at falling in love, you will fall in love with the birds of Minnesota. 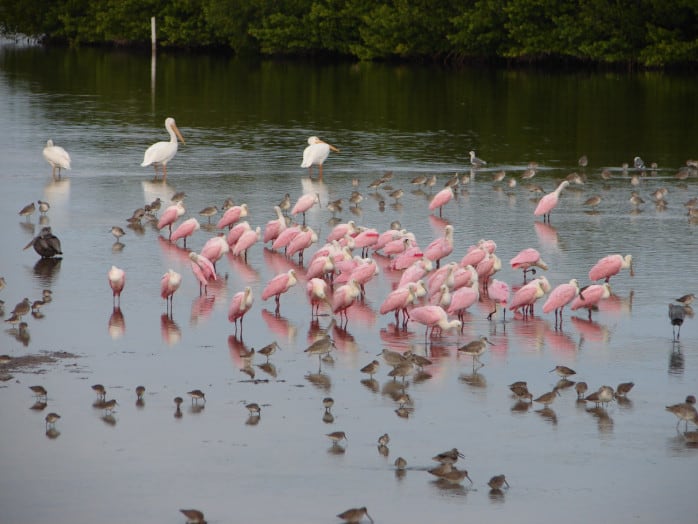 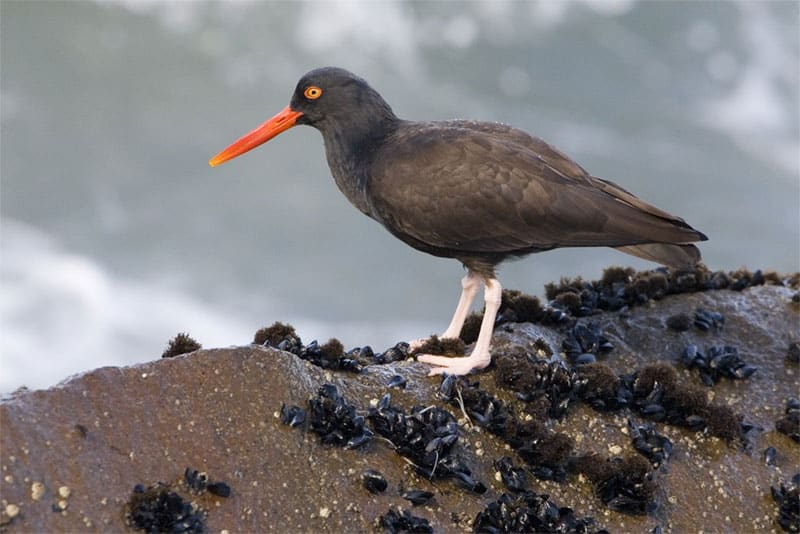 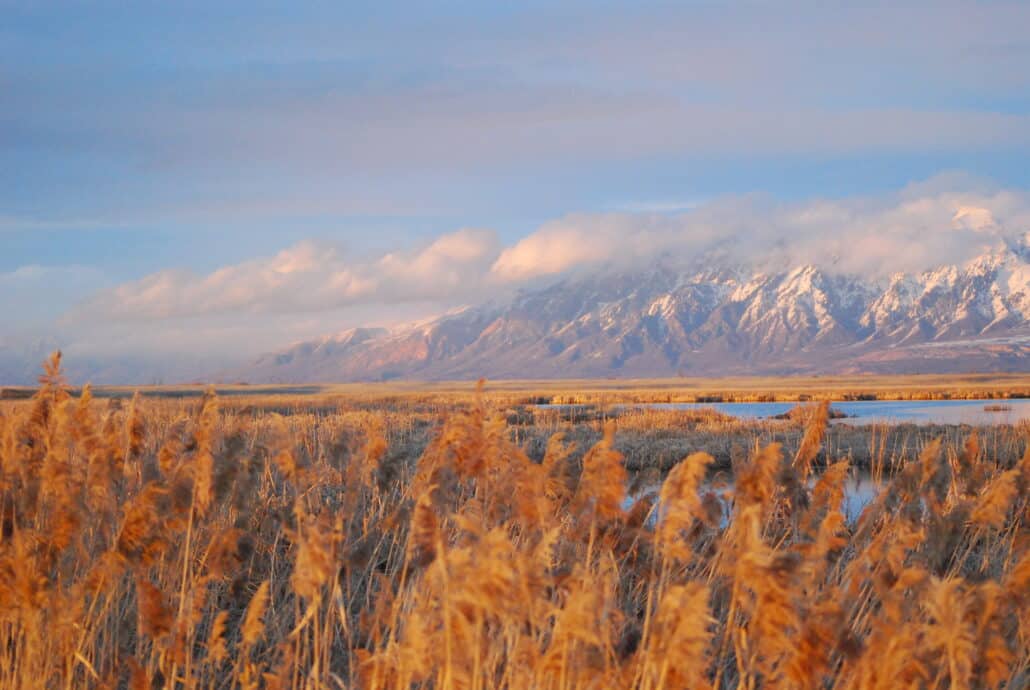