When you amble along the Wilderness Road in eastern Kentucky, that primitive track blazed by early American pioneers through the Appalachian Range, you’ll enjoy some of the best mountain bird watching in the eastern United States. Exploring the mountain trails and wooded field edges, you can find more than 20 species of nesting warblers, including several that are at the southern edge of their breeding range, such as Blackburnian and Canada warblers. Another 15 warbler species migrate through the Cumberland Plateau. The thick deciduous forests and brushy streamside thickets provide ample food and cover for migrants and breeders alike.

Within a roughly 50-mile radius there are four excellent bird-watching sites in this mountainous coal-mining area: Cumberland Gap National Park, Pine Mountain State Resort Park, Levi Jackson Wilderness Road State Park, and the Redbird River section of Daniel Boone National Forest. The best time to visit is during spring migration, from mid-May through early June, when many species are singing on territory and the mountain laurel, azaleas, and rhododendrons are beginning to bloom.

The Appalachian Mountains stretch across 13 eastern states and 200,000 square miles and formed a natural barrier to early European exploration and settlement. Until Thomas Walker found the Cumberland Gap in 1750, this breach in the mountain chain had been used only by migrating buffalo and the Native Americans that hunted them. Soon after the Gap’s discovery, Daniel Boone led the way for early pioneers to trek westward into the Cumberland Plateau in the Appalachian foothills, where they logged, farmed, and tended cattle.

The Wilderness Road through Cumberland Gap was the key to our country’s westward movement. Today the area’s heritage is memorialized at Cumberland Gap National Park.

Cumberland Gap National Park’s 20,000 acres lie in three states, but the best birding spots are easily accessible along highways and byways in Kentucky and southwest Virginia. The park has more than 50 miles of hiking trails, and many wind through steep mountain ravines.

One of the best bird-watching locations is a trail leading away from the visitor center, located about a mile east of the town of Middlesboro, Kentucky. From the parking lot, follow the two-mile loop trail uphill where it twists through a pine and oak forest and gradually descends to Yellow Creek. Before joining the creek, you’ll find a small tree-lined wet meadow that is excellent for sparrows, eastern bluebirds, and other species that prefer open brushy fields—brown thrashers, gray catbirds, and Carolina wrens among them.

The trail follows Yellow Creek for about a half-mile and usually offers a good variety of songbirds, including yellow warblers, Louisiana waterthrushes, American redstarts, warbling vireos, and ovenbirds. The mountain laurel thickets are good spots to find foraging birds in the early morning. The trail circles back to the visitor center and is an excellent introduction to the area’s hardwood forests and bottomlands.

Several miles east of the visitor center, along US 58, Wilderness Road Campground is another excellent birding site. Gibson Gap Trail, accessed near the tent camping area, leads to a stretch of very productive habitat along Station Creek. Follow the path a quarter-mile downhill through the forest and open meadow to reach the stream, where you’re apt to find prairie and pine warblers. Listen and watch for yellow-billed cuckoos, yellow-throated vireos, black-throated blue and black-throated green warblers, veeries, and wood thrushes.

After a half-mile, Gibson Gap Trail turns sharply uphill to join Ridge Trail. Rather than follow the trail to the ridge, continue along the streamside, even though deadfall may make slow going. You may find hooded warblers in the denser thickets and blue-headed vireos and yellow-throated warblers singing overhead.

On the northwest side of the park, along Kentucky State Route 988 before reaching Pinnacle Overlook, Object Lesson Road Trail leads to the actual site of Cumberland Gap—often called “Saddle of the Gap.” This mountainous area is a productive birding site in addition to having historical significance. Park in the Thomas Walker parking lot and take Object Lesson Road Trail a gentle half-mile uphill to the gap.

The gap looks nothing now like it did during Daniel Boone’s time because deforestation and erosion have left it denuded and wind-swept. The area has been restored using historical accounts, and more than 20,000 trees have been planted so it will more closely resemble the original Wilderness Road. For now, though, the breech remains mostly stark with a growing forest on either side, giving bird watchers eye-level views of birds flying between forest patches. At 1,600 feet, this is probably one of the best locations to find high-altitude breeders without a steep and tiring climb.

Just below the saddle, Wilderness Road Trail forks west and loops back to the parking lot. Listen and watch for Kentucky, Canada, worm-eating, and cerulean warblers. You may even find Swainson’s, Blackburnian, and chestnut-sided warblers along with black-and-white, yellow-throated, and black-throated green warblers. You’ll surely find wood and hermit thrushes, as well as vireos, kinglets, and chickadees. Watch for wild turkeys and ruffed grouse too.

Cumberland Gap National Park is the site of an annual September weekend hawk watch. Each fall you can see thousands of raptors moving south along the ridges. Pinnacle Overlook draws many visitors and provides spectacular views of mountain scenery as well as close-ups of soaring raptors.

Pine Mountain State Resort Park is less than 10 miles north of Middlesboro on State Route 25E. Among its many resort amenities, including a convention center and upscale golf course, it has roughly 10 miles of hiking trails. The most intriguing trail for bird watchers is Hemlock Garden Trail, accessed from the lodge parking lot.

Only a few remnants of old-growth forest remain in the Cumberland Gap region, and Hemlock Garden Trail meanders through one of them. American hemlocks, the signature species in the park, grow to a height of 100 feet with a 3-foot diameter and have lacelike dark green leaves.

The trail descends into a rocky ravine carved by the Bear Wallow Creek and crisscrosses the stream several times. The combination of falling water and towering hemlock and beech trees provides a real sense of serenity. Best, though, is that the rhododendron thickets and brushy undergrowth provide excellent habitat for both breeding songbirds and migrants.

You’ll likely encounter northern parulas, hermit and wood thrushes, and hooded, Canada, black-and-white, and blackburnian warblers. Ovenbirds and white-eyed, blue-headed, and yellow-throated vireos can often be found along the path. You’re also likely to find Carolina wrens, brown thrashers, and eastern towhees near Inspiration Point, a spot where a spring gushes from beneath several huge boulders. Hemlock Garden Trail can be a lively springtime spot, and even during the late-summer heat the tree-lined ravine is a site that instills wonder with its natural beauty.

About 35 miles north of Pinesville you’ll find Levi Jackson Wilderness Road State Park on the outskirts of the town of London. The park is named for an early Laurel County settler and commemorates what may be the most significant trail in the westward expansion of the pioneer era. Portions of two historic routes, Boone’s Trace and the Wilderness Trail, can still be traveled on 8 1/2 miles of park hiking trails.

With a campground, swimming pool, miniature golf, tennis courts, playground, and 1,500-seat amphitheater, the 800-acre park may seem busy during spring and summer. But you can easily find several spots to avoid disturbance in search of birds.

At the park headquarters, pick up a map of the several trails that meander through the park. The oval-shaped Wilderness Road trail looks tempting, but it is so poorly marked and maintained that each of my attempts to follow it has ended in bushwhacking through downed trees and overgrown vegetation. Your time will be better spent on Boone Trace, the main footpath through the southern portion of the park. The three-quarter-mile eastern loop, accessed behind the swimming pool (closed during spring migration), is a treasure-trove for bird watchers. This gentle path winds through dense forest with myriad berry bushes and vine-covered mulberry trees. Undoubtedly you’ll hear more songbird species than you’ll see, particularly hooded and magnolia warblers. Your morning will be both challenging and rewarding.

For a full morning of exciting birding, the best birding site has to be the Feltner 4-H Camp located north of Route 229 (Wilderness Road), directly across from Boone Trace. The large, open camp contains a dining hall and lodging buildings at the edge of a small lake, all encircled by dense forest. Bird the access road leading to the camp, as well as the perimeter and forest edges. The lake has a small riparian and wetland area that can be inaccessible after heavy rains, but it is usually quite active, yielding warblers, thrushes, vireos, and flycatchers, among other birds.

Several paths lead from the camp to archery ranges in the surrounding forest. These short trails are often the best sites to find birds singing on territory and busy with nest building, especially near the lakeshore.

The 700,000-acre Daniel Boone National Forest covers a large swath of eastern Kentucky and features more than 600 miles of developed forest trails, including nearly 300 miles of National Recreation Trails. Here, mountains are leveled from coal mining, and travel can be torturous because of narrow twisting roads and slow-moving coal trucks.

Luckily for bird watchers, there are several easily accessible national forest hotspots, and they are not far from Levi Jackson State Park. Just 40 miles east of London, near the village of Big Creek, you’ll find the Redbird district office on the south bank of the Red Bird River. This is your best source for maps and expert guidance to surrounding birding spots. This huge national forest has roughly 150 bird species on its checklist!

One of my favorite sites, just steps from the Redbird office, is the Peabody trailhead to the Redbird Crest Trail. Simply exit the district office driveway, cross Route 66, and pass over a concrete bridge that crosses the Red Bird River to the nearby parking lot. The trail follows a utility track that meanders alongside and overlooks Redbird Creek. Although this is a multiuse trail, you won’t encounter much recreational traffic even on weekends.

I’ve found this to be one of the most productive and reliable sites for warblers, often seen at eye-level in the canopy. Over the first mile or two, you’ll hear wood thrushes and veeries on the mountain slope and yellow-breasted chats and hooded, magnolia, and yellow warblers below. It’s not uncommon to have Kentucky and worm-eating warblers singing on bare branches nearly at arms-length. Black-throated green and yellow-throated warblers call from the opposite bank, and summer and scarlet tanagers streak through the canopy.

Another good birding spot is the Double Creek Picnic Area, 15 minutes away. From the Redbird Crest Trail parking lot, return over the concrete bridge and turn left onto Route 66. Drive less than a mile and turn right on the next paved road, Forest Road 1501, which leads to the picnic grounds.

As the morning sun reaches this secluded bowl, the birding can be spectacular. In the open picnic area you’ll surely find eastern bluebirds and several sparrow species, while a small creek through the area attracts northern waterthrushes that chase each other along the creek bed. At the forest edge around the picnic area, watch for eastern wood-pewees, eastern phoebes, and least and Acadian flycatchers. Several times I’ve found American redstarts on nest near the creek.

Overhead, vireos and warblers crisscross the picnic area with dizzying speed, challenging you to follow and identify them. Your entire morning will be filled with an assortment of songs and colorful plumages.

The dense forest and sunny meadows of eastern Kentucky offer bird watchers many opportunities to find more than 20 warbler, 6 flycatcher, and 5 vireo breeding species in the Appalachian Mountains. In a rather small geographical area where our nation’s western exploration began and the Civil War raged, your visit will launch a thrilling search for songbirds migrating through the Cumberland Plateau as well as many colorful mountaintop breeders. 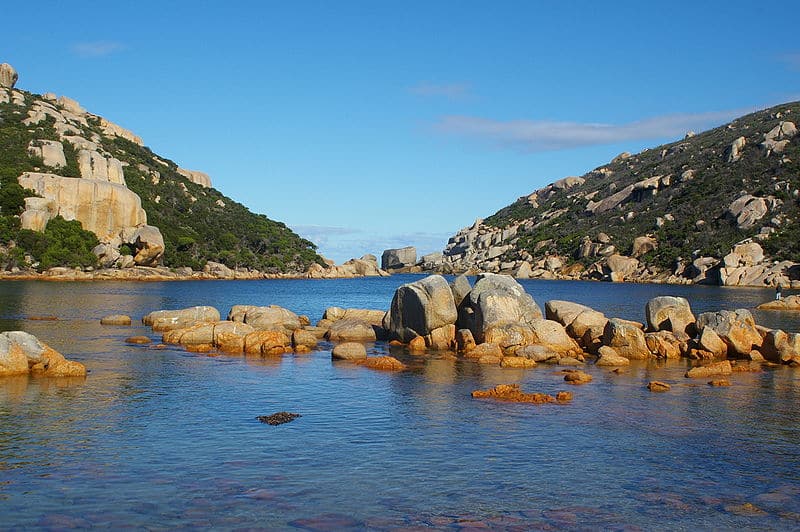 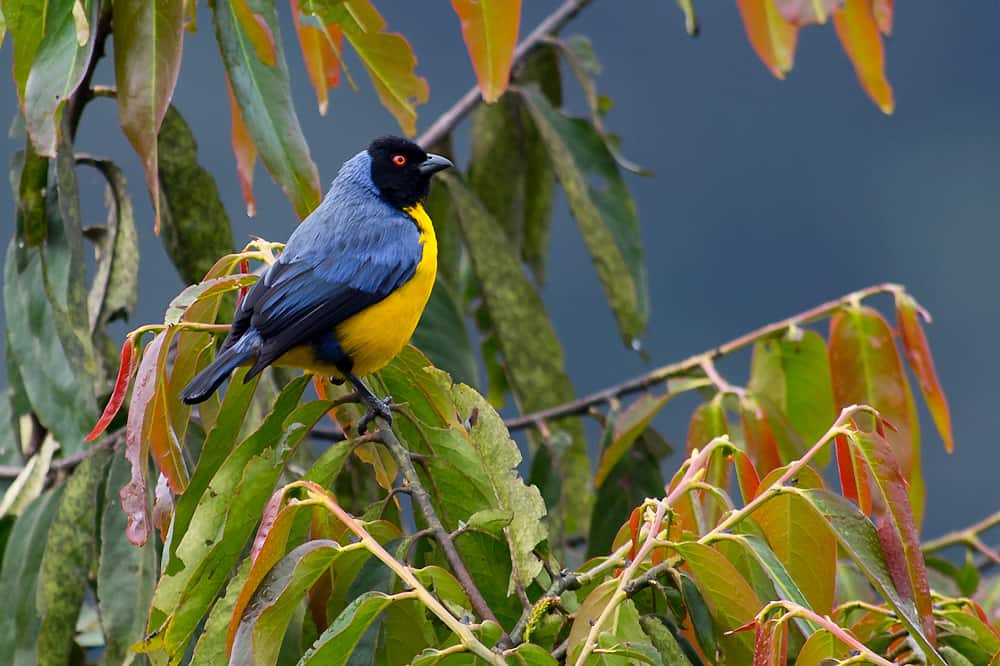 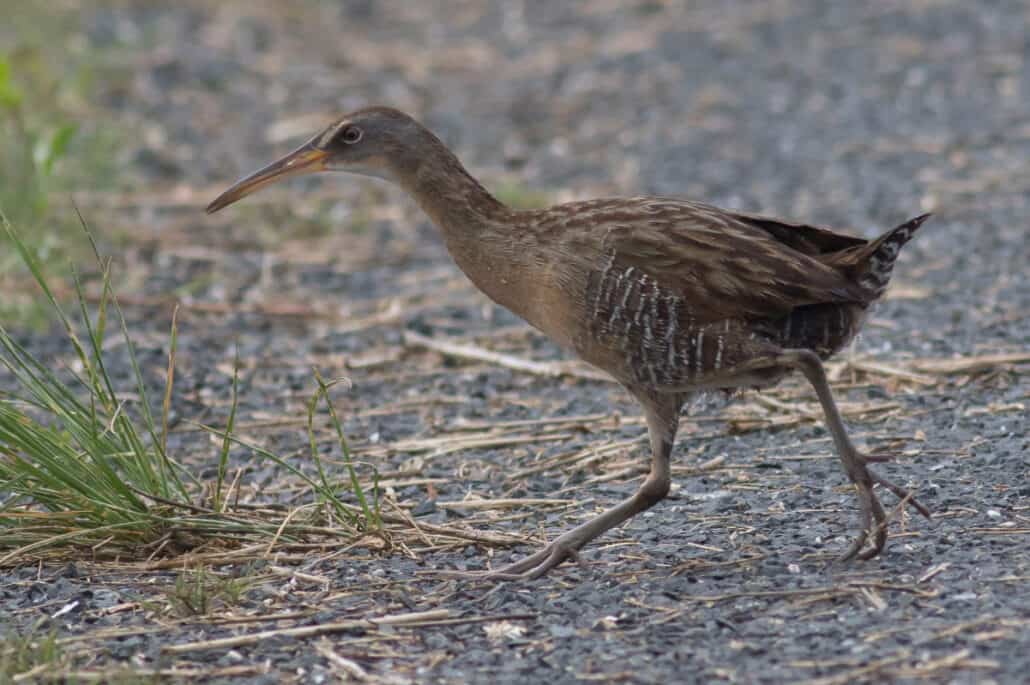