What about red food coloring in hummingbird nectar? Is it harmful? I decided to research this question when an injured hummingbird came into my care in the summer of 2009. She had had just two feedings of a commercial nectar preparation containing artificial dye. She was still excreting brilliant red droppings 24 hours later.

Many commercial “hummingbird food” preparations contain Red Dye #40, which is an artificial colorant derived from petrochemicals, more specifically coal tar. Rumors have been rampant for years about the effects of artificial food coloring on hummingbirds. There have been claims that it impairs hatching in hummingbird eggs, and hummingbird rehabilitators report seeing an increased incidence in skin and bill tumors in hummingbirds. Here are the facts.

Red Dye #40 has proven carcinogenic and mutagenic (meaning that it induces tumors) in rats and mice. Further, it decreases reproduction rates and increases the incidence of both internal and skin tumors in these animals. It is banned in Denmark, Belgium, France, Germany, Austria, Sweden, and Norway, but is still in use in the U.S.

They also state that the dyes used are FDA approved for human consumption. That’s true, but the FDA has also set limits for consumption, and recommends that people not ingest large quantities of a single dye product. However, when we set up a hummingbird feeder with dyed nectar, this is just what we’re encouraging hummingbirds to do. And that’s the core of the problem.

How much red dye does a hummingbird consume when it visits a feeder containing artificially colored nectar?  A banded and color-marked rufous hummingbird observed by Louisiana master hummingbird bander W. D. (Dave) Patton took an average of 10 grams of nectar from the same feeder each day.

This corresponds with my observations of convalescing hummingbirds, for which I mix 15 grams (three teaspoons) of nectar each day, allowing for waste in dripping. A popular dry nectar mix contains .21 mg. of dye per gram of dry mix. Combined with water as directed, a gram of the solution contains .04 mg of Red #40. A hummingbird taking 10 grams of the mix ingests about .42 mg. of red dye per day.

According to Stacy Jon Peterson of trochilids.com, this works out to .12 mg of dye per gram of body weight. It doesn’t sound like much, until you note that the World Health Organization recommends a daily limit of only .007 mg/g of body weight in humans. And DNA damage in mice showed up at concentrations as low as .01 mg/g of body weight.

The truth is that a hummingbird taking artificially dyed nectar may be ingesting the dye in concentrations that are 17 times the accepted daily intake recommended for humans, and 12 times higher than the concentration found to induce DNA damage in mice. And they may be ingesting it every single day, all summer long.

It’s true that no solid research yet exists to prove that red dye is harmful to hummingbirds. Hummingbirds are not humans; are not mice. But all hummingbird feeders have red parts that serve to attract the birds, so the dye is unnecessary at best, and potentially harmful at worst. Artificial nectars have little if any added nutritional value over sugar water. 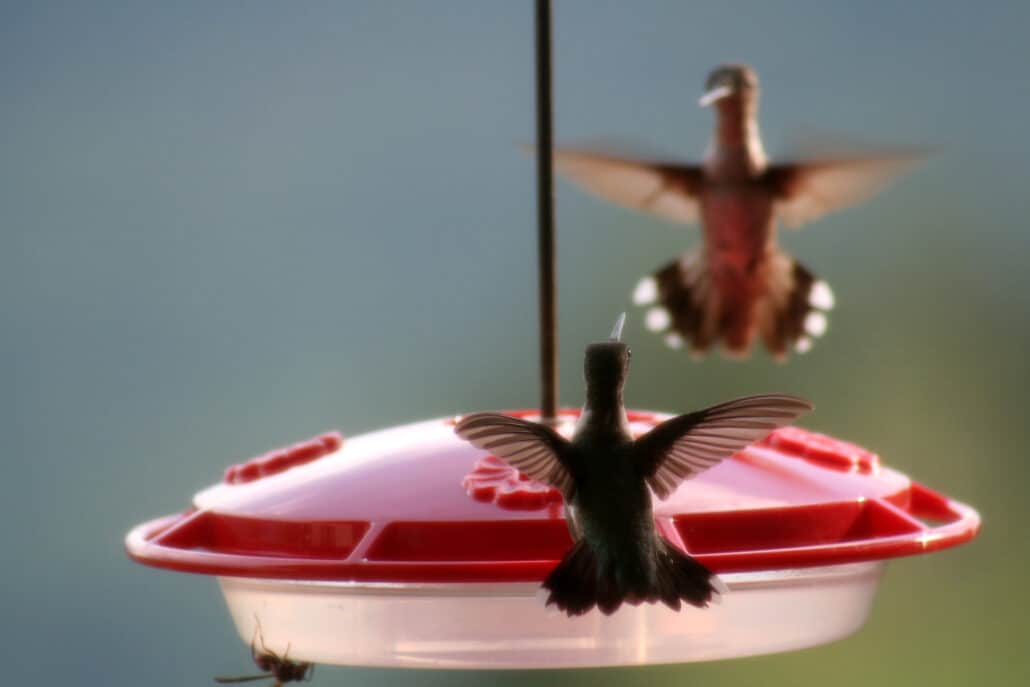 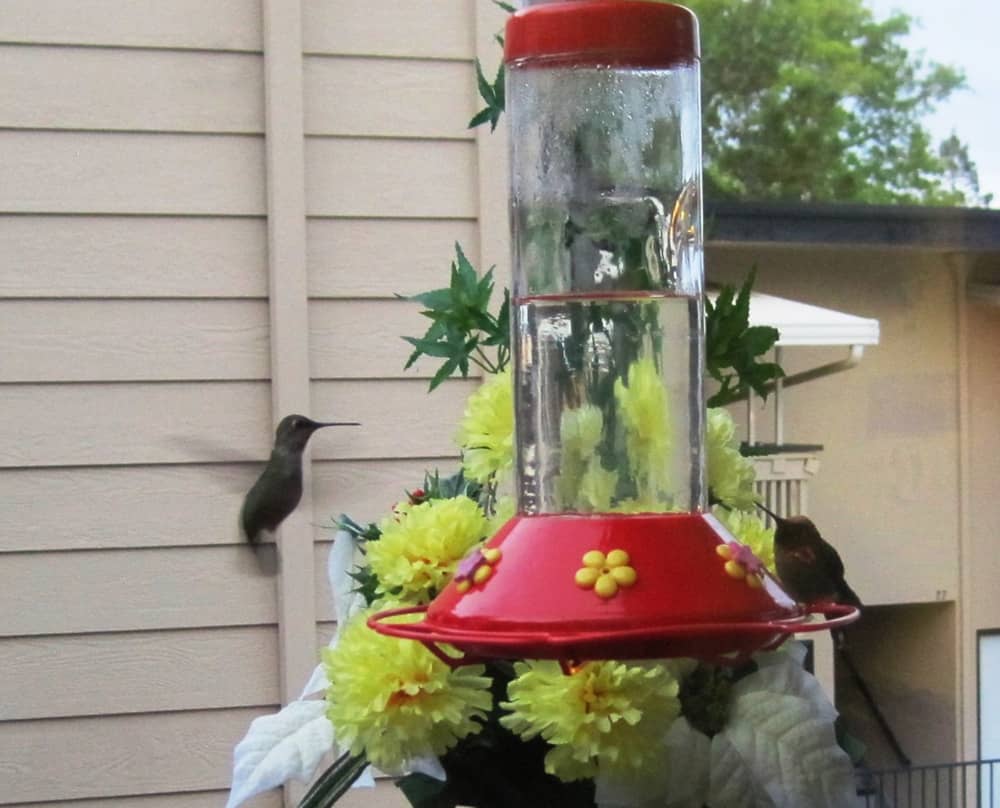 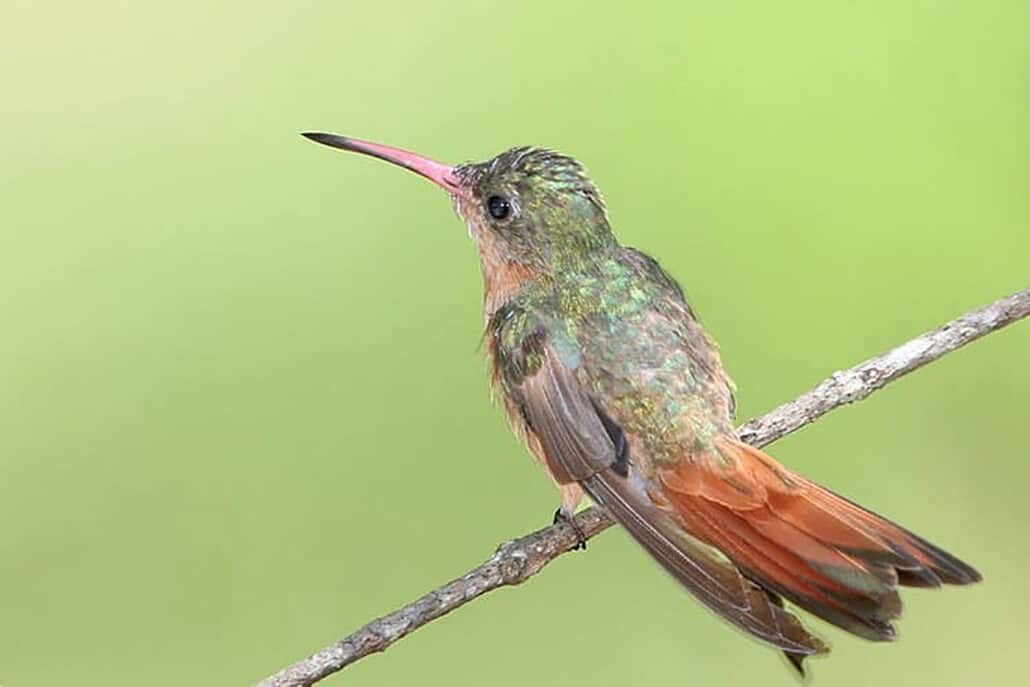