Adult has gray head, black forehead and throat, and varying amounts of rose in the body and wing feathers. Breeding male has a blacker face, a black bill, and bright rosy patches on wings and flanks. Range from six to eight inches long.

For such a beautiful finch, the gray-crowned rosy-finch’s song is nothing special: loud down-slurred tyeew-tyeew notes in a series, similar to the call of the house sparrow. Flight call is a softer tchew! Flocks are very vocal.

This species is highly variable geographically and often flocks with other rosy-finches in winter, so it pays to look at each bird individually. This is our most widespread rosy-finch, but its habitat preferences make it difficult to find: high mountain meadows, tundra, rocky summits, and snowfields. They are possibly the highest-altitude breeding bird in North America. Usually found in flocks. Often visits feeders at ski resorts and in mountain towns.

A gray-crowned rosy-finch mostly eats seeds and insects off of snowfields and glaciers but it will visit feeders at ski resorts and mountain towns.

Observation of rosy-finches on their breeding grounds requires travel to remote destinations and often challenging mountaineering. Thus, many aspects of their breeding biology are quite understudied. Nevertheless, we do know that they hide their nests in cracks of boulders/rocks. Clutch size is normally three to five eggs and female incubates for two weeks.

Both parents feed their young, and are able to gather pretty large amounts of food over great distances due to their buccal food-carrying pouches. Young gray-crowned rosy-finches leave the nest by flight two to three weeks after hatching but tend to stick around their parents for several weeks after fledging.

Some high-altitude feeding stations, such as the one at Sandia Crest, near Albuquerque, New Mexico, attract all three species of rosy-finch in the winter: gray-crowned, black, and brown-capped! 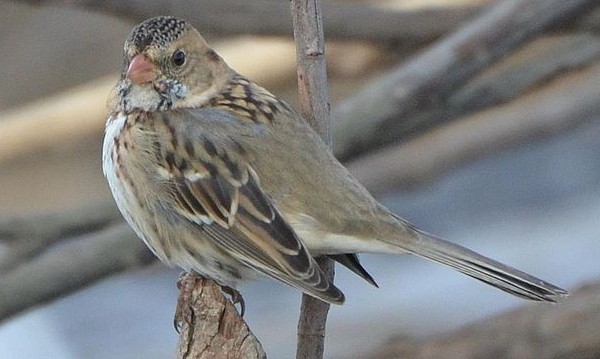 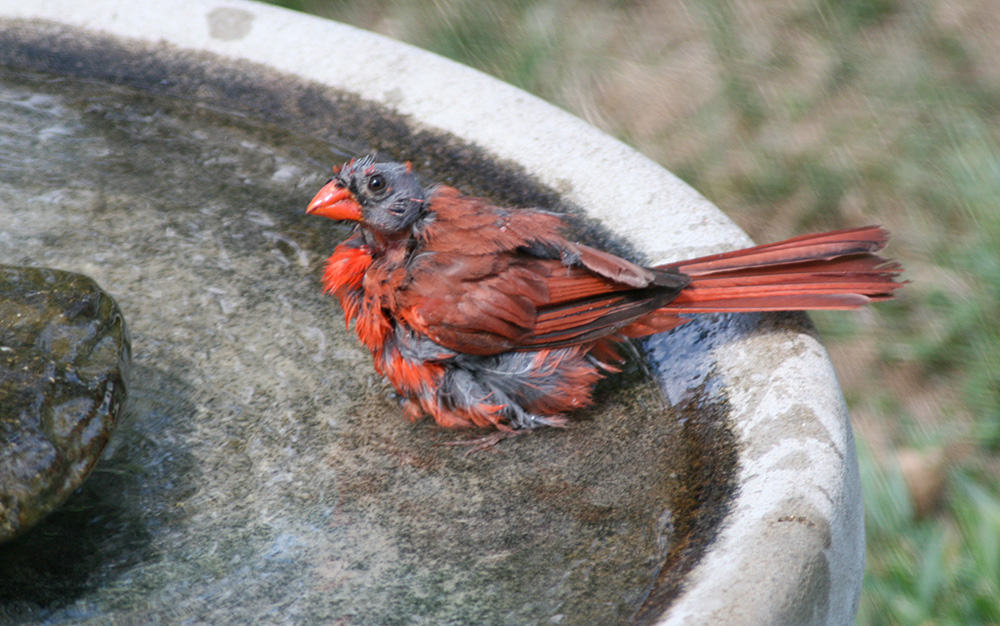 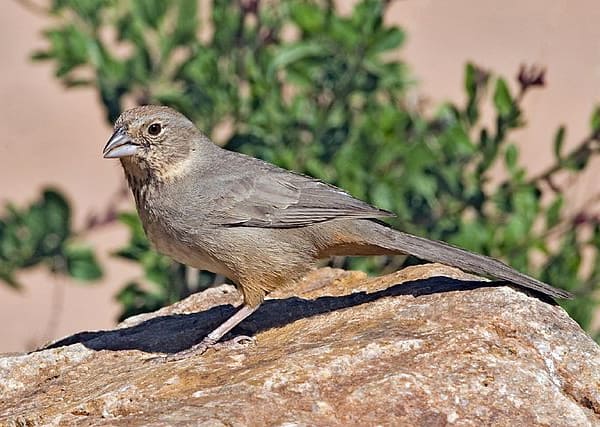