The peak of bird diversity in fall occurs during mid-September, when warblers and other fall migrant songbirds peak in abundance and more of our waterbirds migrants and winter residents are returning. August and early September is the peak time in Kentucky for ruby-throated hummingbird numbers and most folks who have feeders out are rewarded with many hours of enjoyment from these tiny feathered creatures.  From mid-September to mid-October, migration of hawks peaks across Kentucky. At this time of the year, visits to mountain ridges in the southeastern part of the state can be rewarding if weather conditions are right.  These birds utilize the uplifting winds off the mountain ridges to sail many miles without a single flap of their wings.  This same migration occurs in other parts of the state, but is more concentrated along ridges like Pine and Cumberland mountains.

October is considered by many Kentucky bird watchers to be the month to study sparrows, as it is not uncommon to find 10 or more species in a single day if a variety of habitats are visited.  Most occur in weedy areas or along woodland edges and their identification can prove to be quite challenging. However, with persistence you can gradually become more and more familiar with which species are our normal inhabitants and which ones are less common.

As the leaves fall and the season’s first frosts appear, songbirds begin to wane in numbers and diversity, but Kentucky’s winter resident birds return in great numbers.  Some of our common winter birds such as dark-eyed juncos, white-throated sparrows, and golden-crowned kinglets reach full numbers by mid-month. But the highlight of November is the passage of waterbirds including loons, grebes, coots, geese, and ducks.  Certain weather conditions–most often precipitation moving in from the south and brisk winds from the north–cause waterbirds to collide with unfavorable conditions for migrating and they “fall out” on the state’s lakes and rivers in great numbers.  Can you imagine seeing a thousand common loons or 10,000 lesser scaup on a single reservoir? Or how about  seeing 20 species of ducks in a day? November is typically the month when things like this happen. Oddly enough, hordes of waterbirds that may be sitting on the state’s bodies of water one day can just as easily be gone the next as weather improves, so making the most of rare opportunities is important.

Another highlight of the late fall is the passage of large numbers of sandhill cranes, mostly through central Kentucky.  Flocks of anywhere from 5 to 500 or more are regularly seen from mid-November into late December. Unfortunately, Kentucky does not have any traditional stopover points so most cranes are seen flying over on clear to partly cloudy days with light to moderate breezes.  It is not uncommon to hear their rolling, gutteral calls before you see them, either in ‘Vs’ or circling en mass to gain altitude. 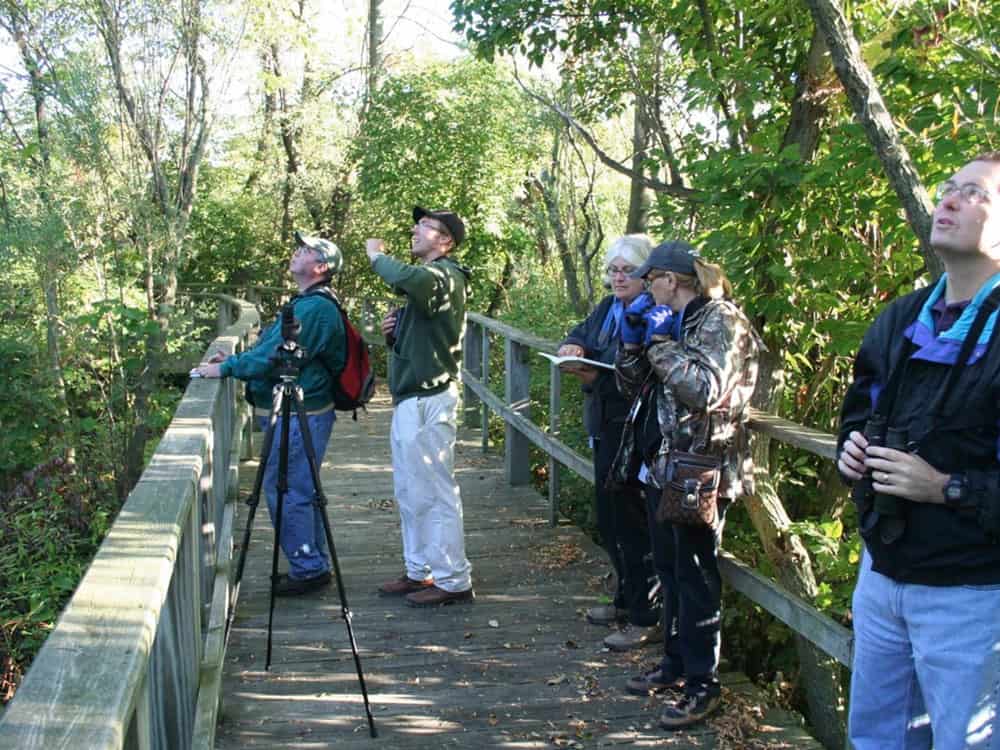