I recently vacationed for four days in the Great Smoky Mountains of eastern Tennessee to photograph black bears. But while looking for bears, I kept being distracted by the birds of the Smokies.

The first bird to sidetrack me was an eastern kingbird. While I have photographed this bird before, this one seemed to pose for me as it sat on a wire fence, even turning to give me a shot of its white-tipped tail. On the second day, I scheduled an all-day trip with a local photographer, Barry Spruce, to find and photograph bears, but our first encounter of the day was with a female great-horned owl fledgling. We both got some great shots of that beautiful bird. While we were photographing the GHOW, suddenly something swooped in front of us. It was a young Cooper’s hawk, trying to snatch a robin from a tree a few feet away. Its attempt was unsuccessful. Nearby, we found a wood thrush on her nest, another bird I have photographed before, but never on a nest.

After some great looks at birds, it was on to Cades Cove, where we hoped to photograph black bears. We headed down the road along the Little River. Sidetracked again, we found a group of common mergansers diving for fish. Common mergansers have only recently returned to breeding in East Tennessee after an absence of more than 100 years. We observed and photographed a female with her four youngsters as she was teaching them to fish.

In Cades Cove that day, we hiked many miles and found only two bears. But Barry also pointed out many birding hotspots, including prime habitat for yellow-breasted chat.

The next day I was eager to get out to Cades Cove, but it wasn’t the bears that excited me; it was the possibility of a chat; that would be a life bird for me. Sidetracked again, I had forgotten about the bears. As I arrived at the site, I caught a glimpse of the chat, and it was beautiful. I was determined not to leave without an image of this bird. I set up my chair in a shaded spot that I hoped would not disturb the birds, and I waited for my opportunity. Two hours later, I returned to the car with a big smile on my face. I had captured images of my Smoky Mountain life bird, the yellow-breasted chat.

Fueled by the thrill of the chat, I resumed looking for bears to photograph. But as I started down the road, I noticed an eastern meadowlark sitting on a fence post with its back to me. I stopped the car, wondering if the bird would fly if I got out to take a photo. I slowly and quietly got out of the vehicle, and, to my surprise, the bird did not fly! It turned and faced me. I rattled off a series of photos as the bird appeared to be posing for me. When another car approached, the meadowlark flew away. But I had captured some of the best images I have ever taken of this species.

As I left the meadowlark, I remembered a nearby location where I had been told a barred owl likes to feed. So, sidetracked again, I headed to the owl spot, because everyone loves owls. That includes me! As I approached the site, there she sat above a gently flowing stream looking for her next meal. The female barred owl has become quite a celebrity in Cades Cove, and most locals and frequent visitors know the spot where she often feeds. As I was photographing the owl, she suddenly flew, and I was so excited when she landed on a rock just 10 feet in front of me—the best images I’ve ever captured of a barred owl. She left the rock and pounced on a crawdad and flew up into the trees to eat her snack.

What an exciting morning! Yellow-breasted chat, meadowlark, and barred owl! I was thrilled, but it seemed like I was looking for something else. Oh yeah, bears.

I did see 26 bears on my trip and even photographed a few of them. But it was the birds of Cades Cove that excited me. 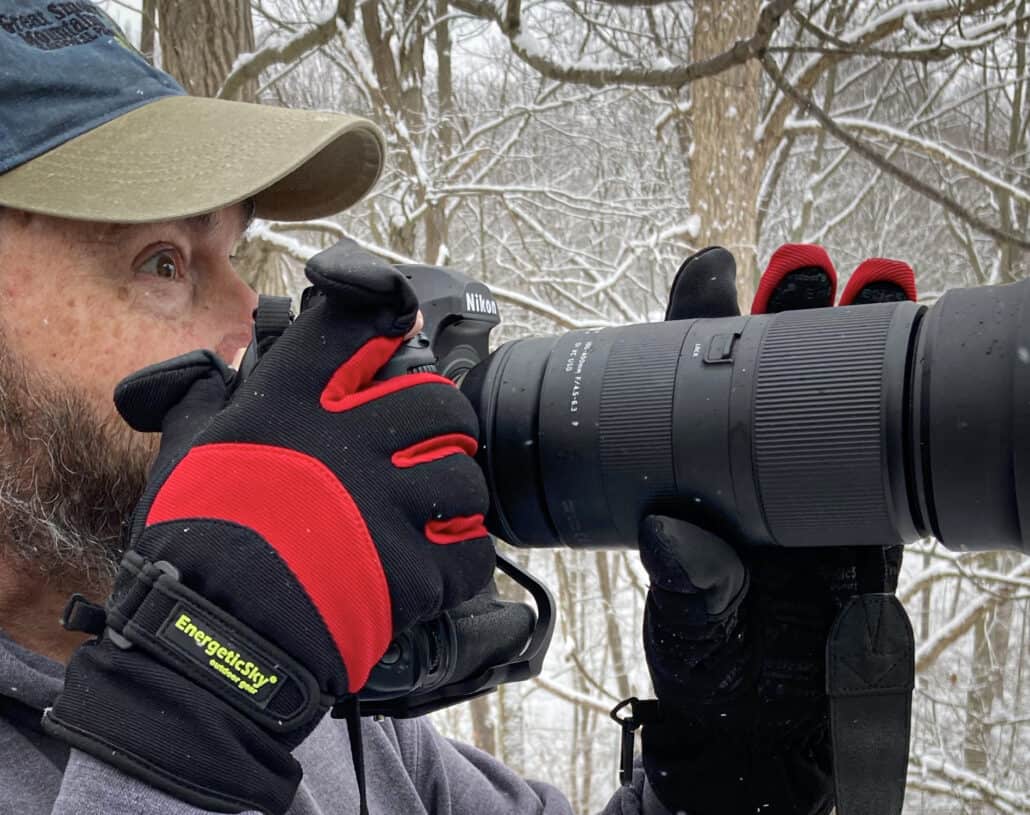 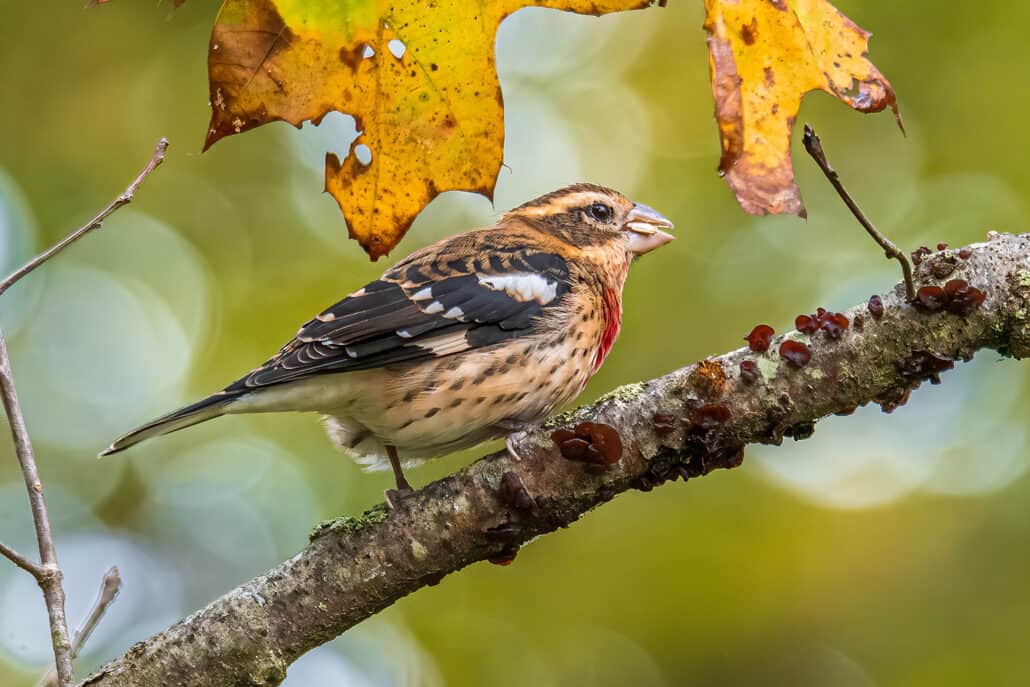 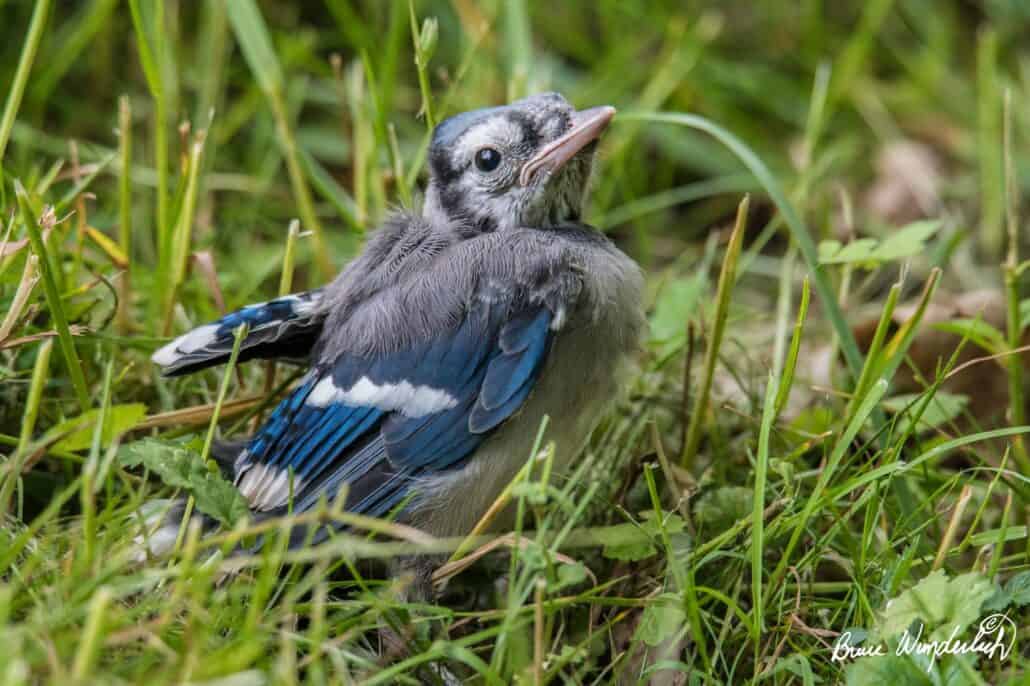