I pulled back the sun roof of the car and glanced up with satisfaction at seeing the late summer sky filled with stars. We had just come over the Black Ridge, about a half hour out of Cedar City, Utah, and were now descending to the lower elevations of the southwestern Utah desert. From countless earlier trips I knew that the dark shapes and shadows I was seeing were the mesas that stretched for miles, the red rock gorges, and the vermilion cliffs that have never ceased to inspire me. This is Colorado River Plateau country, where such well-known attractions as Bryce and Zion Canyon, the Grand Canyon, and Glen Canyon with its famous dam and fabulous Lake Powell are all within two hours driving time.

I had turned off the tape deck and now could hear only the hum of the car and the relaxed, heavy breathing of my husband, Grant, asleep beside me. Already the air was noticeably warming and I felt an exhilaration that our drive was nearing an end. We could only be in St. George for three days, and part of that time Grant would be tied up with business, but we had also planned some recreation on this last fling before the fall quarter at Weber State College started for me.

One of our plans for this extended weekend was a visit to the Lytle Ranch Nature Preserve. On a previous early spring trip we had stopped briefly at the preserve, but because of pressing business obligations we could only stay a couple of hours. This had been enough, however, to stimulate a desire to return.

We were determined to stay this time as long as we could handle the high temperatures and/or until we had seen the main object of our visit—not the vermilion cliffs, but the vermilion flycatcher. We left our apartment north of Salt Lake City early in the morning with a picnic lunch, binoculars, the indispensable Peterson’s Field Guide to Western Birds, and a large container of ice water. We were also wearing hats with wide brims, in anticipation of the late summer sun.

We drove through the intensely green community of Santa Clara, Utah, west of St. George, and past the harsh, arid Shivwits Indian Reservation. We dropped even lower in elevation as we moved along the old road (Highway 91) that everyone used to take south to Las Vegas before the days of the interstate. After finding our turnoff at Castle Cliff we continued along a bumpy, dirt road for what seemed like forever, but was only ten miles. Our route was an endless panorama of stalwart cacti, rocks, and sand. Then, descending into a comparatively lush, green oasis-like area, we knew we had reached our destination.

As we pulled up to the gate we were greeted by Gary Baird and his companions, two large Labradors, a yellow and a black. Gary manages the preserve for the Nature Conservancy, which purchased the area in 1985, and for Brigham Young University. He has a doctorate from B.Y.U. in botany, and now lives with his wife and daughter in an old, thick-walled adobe house surrounded by an abundance of shade trees and such unusual flora (to us northern dwellers, that is), as pomegranate bushes.

Lytle Ranch is located in an area next to the Beaver Dam Wash, a tributary of the Virgin River, and is an extremely unusual ecosystem. The ranch’s 460 acres include portions of the northern edge of the Mojave Desert, the western extremity of the Colorado Plateau, and the southern fringe of the Great Basin. Such interesting desert creatures as Gila monsters, sidewinders, and the desert tortoise can be seen at Lytle Ranch; but with all its desert environment it also has an abundance of water—no small at traction for myriad wildlife and conducive to botanical rarities. Beaver, gray fox, bobcat, mule deer and many varieties of waterfowl are some of the other attractions seen at various times throughout the year. There are birds in this preserve that cannot be seen anywhere else in Utah, and birders have identified more than 180 species.

While visiting with Gary we asked about the vermilion flycatcher. We were disappointed to hear that he hadn’t sighted this species for at least two weeks. He was sure it had left on its southern migration. However, we were confident of seeing other species new to us, those not found in our northern Utah habitat, so with renewed enthusiasm we ventured forth.

First we headed toward the orchard, a remnant of earlier times when the ranch was tended and cultivated by the Lytle family, but which now gives evidence of the more wild, natural state desirable for a nature preserve. Pears and apples were hanging from the trees, and the ground beneath was littered with sweeter, ripened fruit that the overburdened branches could no longer hold. Our attention was diverted by the flashing red of a male summer tanager that was far more shy than his numerous drab, yellow, female companions; we had a hard time getting a good look at him once we brought our binoculars to our eyes. We were introduced to the loggerhead shrike, and there was an abundance of Cassin’s and house finches, but we missed seeing phainopeplas, which were extremely prevalent on our earlier spring visit. After watching and listening to numerous other varieties of birds, we wandered up a dry wash east of the orchard.

Our movements startled a pair of Gambel’s quail, and they hurried away from us, half flying and half running from one little thicket to another. We proceeded more cautiously after this and climbed to a nearby ridge to continue up the wash, stopping now and then to listen within the shade of large, thick, cactus plants. In the distance we heard more quail.

We reached a convenient, and shady, vantage point where we were able to look down on a whole covey of Gambel’s as they rushed around feeding and raising a querulous chorus. They scurried about, scolding and gossiping, and we were entertained by them for some time. As we slowly walked back down the wash we encountered a lone cactus wren and both jackrabbits and cottontails. We reached the orchard in time to see a coyote escape with a fallen pear clutched in his jaws.

We didn’t need to look at our watches to know it was getting close to noon; the sun told us. We decided to go down closer to the water, where it was cooler, to see if anything interesting was about. In this area there are natural springs at the foot of the cliffs that become various streams which fan out from their source. (These same springs attracted early bands of roaming Paiute Indians.) Gary’s yellow lab accompanied us, uninvited, into this region, and as a result of his squish-squashing in and out of the water he probably scared off most of the birds. We did see a black phoebe and a Costa’s hummingbird, however, as well as an elusive Bell’s vireo.

After lunch in a shaded picnic area, and more importantly after lots of ice water, we were trying to decide whether to go back to St. George. Just then, Gary came hurriedly down the road from the o chard, calling out, “The vermilion hasn’t left; I just saw it in the orchard.” We hastened to our early morning location and began to scour the trees. Then Grant whispered urgently, “I’ve got him!”

With binoculars raised, we moved forward cautiously. All I could say was, “Oh my gosh!” over and over again. (Later Grant would relate how from a distance he had had the impression of seeing a piece of fruit on a branch and then had realized that it was the only fruit in the whole tree.) We carefully found a spot to sit in the shade where we could watch the flycatcher unobstructed and at fairly close range. Its vermilion head and breast were far more vibrant than I had imagined; perhaps the contrast of its dark eye mask, back, and wings only made it seem so.

We were able to study our subject for close to half an hour. It was easy to imagine that he sensed our thrill at seeing him and had decided to spoil us with an extended stay as he preened, cocked his head, and hopped about. He would fly away, only to return about the time we thought we had seen the last of him, almost as if he were toying with us.

I couldn’t help wondering as I watched the bird if he realized that he and his mate were the only nesting pair of vermilion flycatchers sighted in our state. After a while my arms ached from holding the binoculars up to my eyes, but the thought of not watching his every move was worse. Then gradually, he began to work his way from one tree to another until finally he was beyond our vision, and the show was over.

Later, back at our condo, we enjoyed refreshing showers, blessed air conditioning, a comfortable couch, and pizza eaten in front of a football game on television. These creature comforts were made all the more pleasurable because of the deep satisfaction we felt after a successful, late-summer day of birding.

For more information on the Lytle Preserve, see https://lytle.byu.edu/ 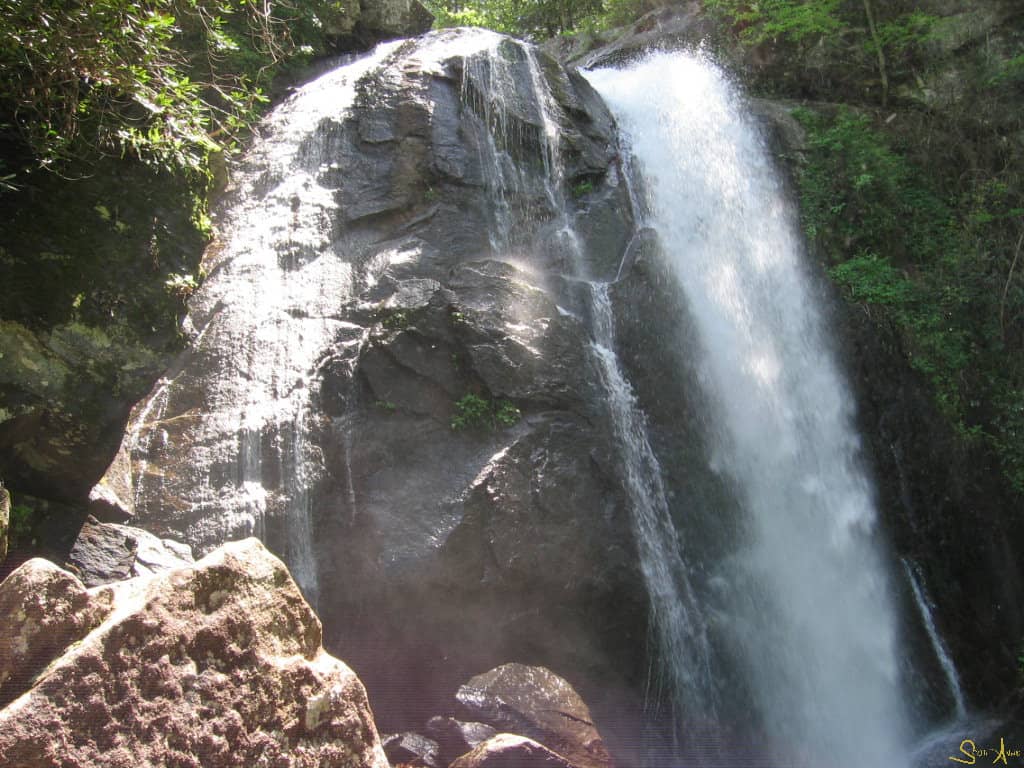 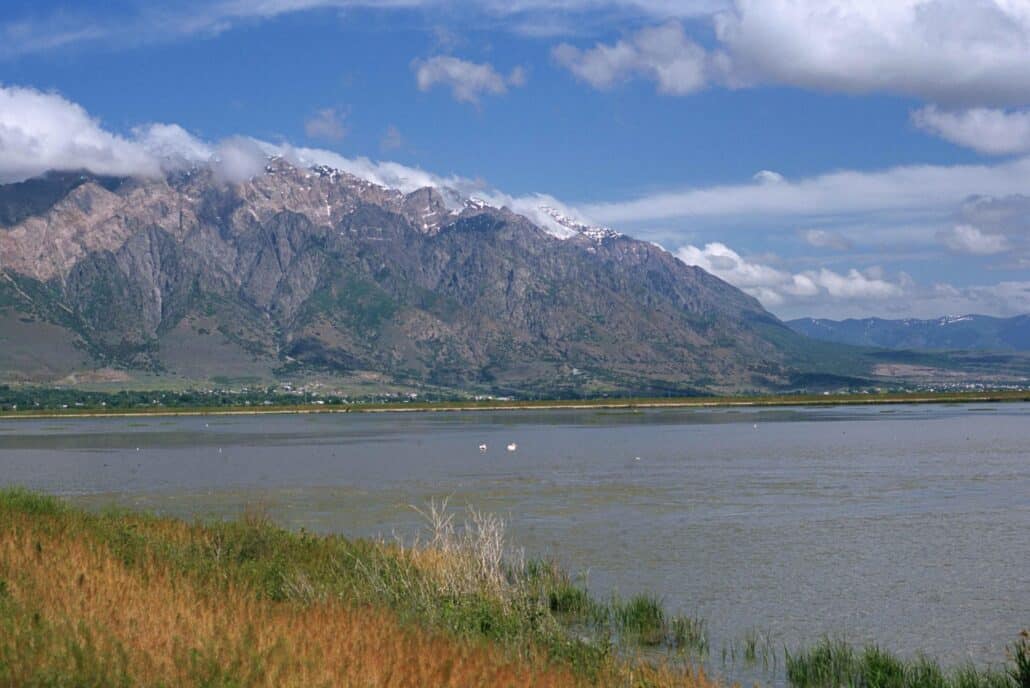