It’s peaceful here but really loud: birds calling all around, a russet-crowned warbler here, a slaty antwren there, and the creeks running full after a night of rain. This glorious morning, we are in a cloud forest with thick vegetation. It is magical in many ways, including the name of the company that my guide owns and operates. I am one of a tour group of seven; the other six are extremely talented and passionate birders, driven to see birds. We are with Dr. Jorge Cruz and his Magic Birding & Photography Circuit of Ecuador.

We are in the right place, because more than 1,600 bird species are found in Ecuador—roughly double the number in the United States. Ecuador has the most bird species per acre of any country and is surpassed only by Colombia for total number of bird species (about 1,800). The rich and unique Choco region has more than 50 endemic birds. This area starts in southern Panama and covers the west coast of Colombia and south through western Ecuador and into northern Peru. It is in the Andes Mountains, near the equator, making it mega-biodiverse.

Bordered by Colombia in the north, Peru in the south and east, and the Pacific Ocean on the west, Ecuador is in the middle of the Choco region. The country is ecologically rich and ranks in the top 10 in overall biodiversity, with more than 4,000 butterflies and even more orchids, all due to its 9 ecozones and habitats. From the amazing Galapagos Islands to the tundra-like top of the Andes Mountains and down the east slope into the Amazon, Ecuador is unique.

For birders, the country is a top destination due to the number of species and the fact that Ecuador is easy to visit and safe. The country has established national parks and designated other public lands, and there are plenty of privately owned ecological reserves. These islands of protected habitat provide wildlife with safe havens, although there are some environmentally destructive activities occurring throughout the country, such as mining, oil exploration and extraction, and forest clearing.

Cruz owns and operates four private reserves called the San Jorge Eco-Lodges & Botanical Reserves, which he calls the Magic Birding & Photography Circuit. He was our guide and host during our visit in the rainy month of April. A true expert in all things Ecuador, Cruz is especially passionate about birds. Birding with him is a real treat: He is enthusiastic, knows the sights and sounds of the birds, and works hard to ensure everyone sees the birds and has a great time. His love of nature, which led him to become a veterinarian, started at a young age. About 15 years ago, he started leading birding tours instead and has made his four lodges into the birding meccas they are today.

“Due to the variations in altitude, made possible by the presence of the Andes Mountains, and our position on the equator, Ecuador is a unique place. It contains practically all of the climate [zones] in the world! It is because of this location on the globe that we are home to so many birds,” Cruz explains.

I spent seven days on the northwestern slope of the Andes and saw about 250 species of birds, including a handful of the Choco endemics. Each of Cruz’s lodges is about two hours apart and each is in a different ecozone. We spent time at the three reserve lodges on the west side of the Andes.

After landing in Quito (at 9,350 feet elevation), we were shuttled to our first lodge on the outskirts of the city at 10,000 feet. We spent the next day adjusting to the altitude and birding around the garden area of the lodge. It was pouring rain, but we donned our rain gear and spent a couple hours birding in the wet fog. We spotted many common species, including great thrush, southern yellow grosbeak, and rufous-collared sparrow. There was a bit of chill in the air at this elevation and warm clothes were important, with the raincoat being always at the ready. My room in the 200-plus-year-old lodge had only a fireplace for heat, but each evening it felt good as I snuggled in after a long day of birding.

Our route over the crest of the Andes (11,500 feet) and down to Tandayapa Lodge and Reserve (5,500 feet) in the cloud forest was along a narrow dirt road with little traffic. This is when the birding started in earnest. Sapphire-vented puffleg, one of more than 130 hummingbird species in the country, plus crowned chat-tyrant, buff-breasted mountain-tanager, and red-crested cotinga were highlights. At the top of the pass, a large raptor soared overhead; it turned out to be the national bird of Ecuador. The Andean condor has the longest wingspan of all raptors, measuring up to 10.5 feet. These vultures are sexually dimorphic, which is unique among New world vultures. The males have a large comb on their heads, which the females lack.

In the lower elevations, a great stop for photography produced a crimson-mantled woodpecker, a black flowerpiercer, and another sapphire-vented puffleg, the latter two sharing the nectar of the Andean rubber flower. A Tyrian metaltail feeding around a bright red fuchsia also made for colorful viewing. With so many hummingbirds, your head swims with the diversity of colors and names. Jacobin, sunbeam, hermit, puffleg, violetear, and woodstar hummingbirds are present. Ecuador boasts more hummingbird species than any other country—almost half of the more than 300 recognized species.

Visiting Ecuador starts in the capital, Quito, the second largest city, with about three million people. There are many great birding locations within a couple hours’ drive in any direction. Rental cars are available for the adventurous, or one can choose from many birding guides, lodges, and tours organized to see the wonderful avifauna. Interestingly, Ecuador has adopted the U.S. dollar as their official currency. In 2008, the country’s new constitution included enforceable rights of nature and ecosystems. Ecuadorians are well aware of the value of tourism resulting from the amazing diversity of nature, especially las aves.

As we continued downward, approaching 6,000 feet elevation, a sickle-winged guan landed in a bromeliad-filled tree. Along a small river, we found the white-capped dipper and a torrent duck feeding in the rapids. There was a handful of turquoise jays, and, just before dark, a lyre-tailed nightjar buzzed us. After a long day of birding, we arrived at our lodge, a beautiful place on the side of a hill overlooking a valley with great views of the cloud forest below. The days typically started at 6 a.m.—before sunrise. The next morning, we awoke to a golden-headed quetzal calling, close enough for great views and photos. The feeders at the lodge also attracted many fruit eaters, and the hummingbird feeders were a constant buzz. It was warmer, but still with a chill in the air.

We saw many colorful birds, including scaled fruiteater, blue-winged mountain-tanager, and golden-rumped euphonia, along with numerous butterflies. Other visitors included crimson-rumped toucanet and Choco endemic pale-mandibled aracari, both attracted to the plantains at the feeder. The numerous hummers at the feeders included rufous-tailed, booted racket-tail, purple-throated woodstar, whitebellied woodstar, green violetear, buff-tailed coronet, white-necked Jacobin, and the lovely Choco endemic violet-tailed sylph. Watching this diversity of hummers made me wonder: Why did they evolve so differently, yet so beautifully? Do the sylphs really need such a long tail?

Cruz is proud of the work he’s doing to preserve and share the wonders of Ecuador with others. He hires only locals, and 70 percent of his proceeds are put into nature. Preserving land and creating access around the lodges, he has created private nature preserves for his guests, often near national parks, which helps expand habitat protection beyond the park borders. Meals at the lodges were all delicious and Ecuadorian. Food here is healthy and real; you won’t find any processed food. We had many empanadas, potatoes, soups, popcorn, meats, delicious salsas, fruit, and desserts, and the sauces were quite tasty. Guinea pig is a delicacy in Ecuador, but it wasn’t on our menu. One member of our group said, “This is the life; all we do is bird, eat, bird, bird, eat, bird some more, and sleep a little.”

We visited another privately owned reserve, the Refugio Paz de Las Aves, to see the Andean cock-of-the-rock. The owner, Angel Paz, was a gracious, passionate host. He took me to the lek area to watch and listen to the males displaying. They are a striking and classic bird in the area. Angel then took me on a quest to see antpittas. Ocher-breasted, chestnut-crowned, and the Choco-endemic yellow-breasted antpittas came out of the forest into view. His ranch, with 18 cows, is being turned into a bird reserve, where I also saw the Choco-endemic toucan barbet and red-headed barbet. We spent the night in the comfortable lodge, and Paz’s wife cooked wonderfully delicious Ecuadorian meals.

The lowest and last lodge was warmer yet, at 3,500 feet. The San Jorge de Milpe Orchid & Bird Reserve is another gem. It has a three-story observatory, with the top level giving views down into the top of the canopy. There are hiking trails, including one that takes you to 11 waterfalls. Along the way, the highlight and life bird for all of us was the Choco-endemic plate-billed mountain-toucan. We saw many other birds, too, including the Choco-endemic long-wattled umbrellabird, grass-green tanager, and red-faced spinetail. The rain began again. (Did I mention it rained for part of every day?) We stopped hiking, and it paid off with a mixed flock that included many of Ecuador’s 80-plus tanagers, including the blue-capped and the hooded mountain-tanager.

Back at Milpe Lodge, the rain stopped and a rainbow envisioning, but the bay-headed tanager kind! The rain is tolerable when you can see “rainbows” like that.

Birding around the lodge was quite productive, adding about 30 new birds to our trip list. Among them were an army of ants—well, ant-named birds—including antpittas, antwrens, and an antshrike; euphonias, and still more tanagers: black-capped, blue and black, golden, golden-naped, fawn-breasted, blue-gray, and the very common lemon-rumped. This lodge also has many hummingbird feeders, all abuzz with action. A few new hummers included the brown violetear, empress brilliant, brown Inca, and Andean emerald.

I decided I would end my trip hiking down, way down, to enjoy the waterfalls and the scenic Chahuaryacu River at the bottom of the canyon. San Jorge Creek creates a series of cascades and falls, as it flows down the side of the canyon below the lodge to the river. I did get to see the olivaceous piculet (one of my all-time favorite bird names) and the endemic white-whiskered hermit. As I was hiking back up from the waterfalls, a thunder-and-lightning storm created a tropical downpour—the one time I didn’t bring my raincoat. I arrived back, soaking wet and satisfied with another great day in Ecuador and a fitting end to an outstanding birding trip. 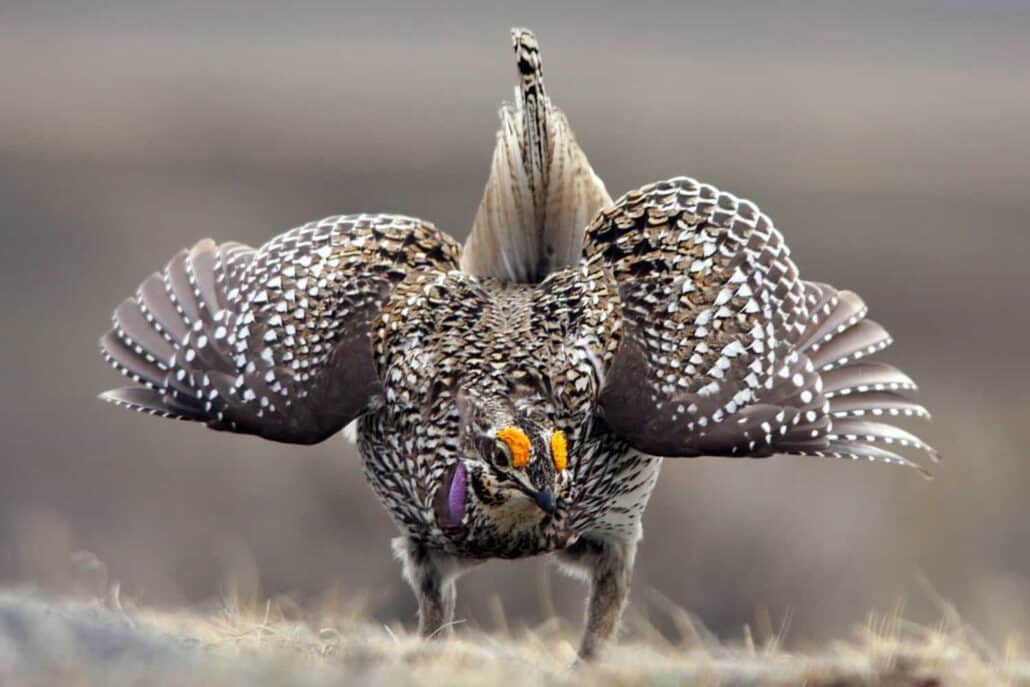 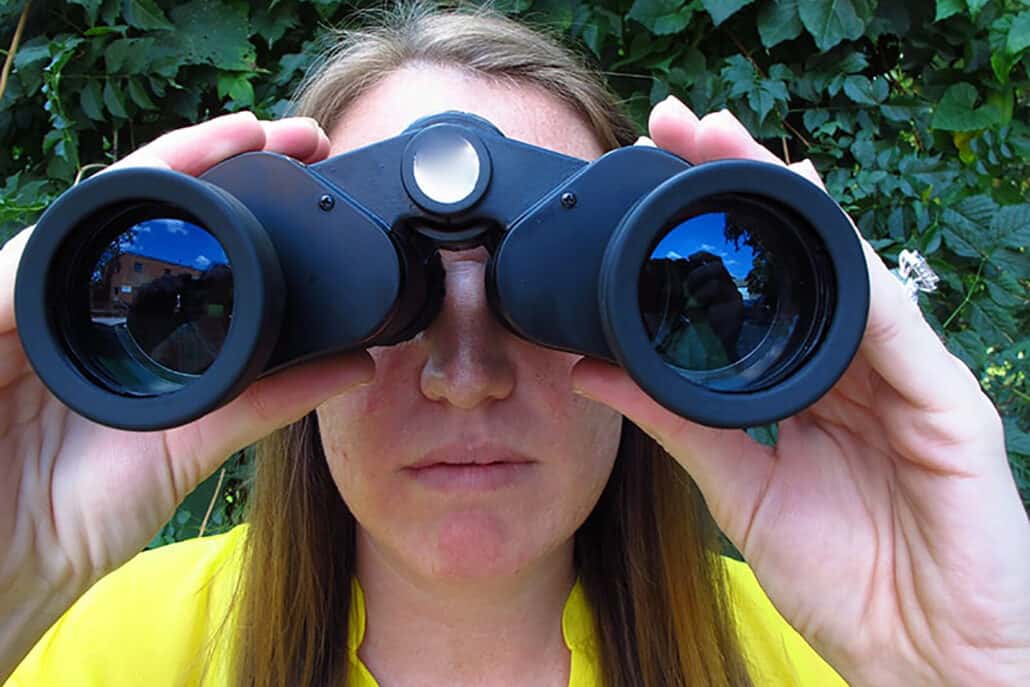 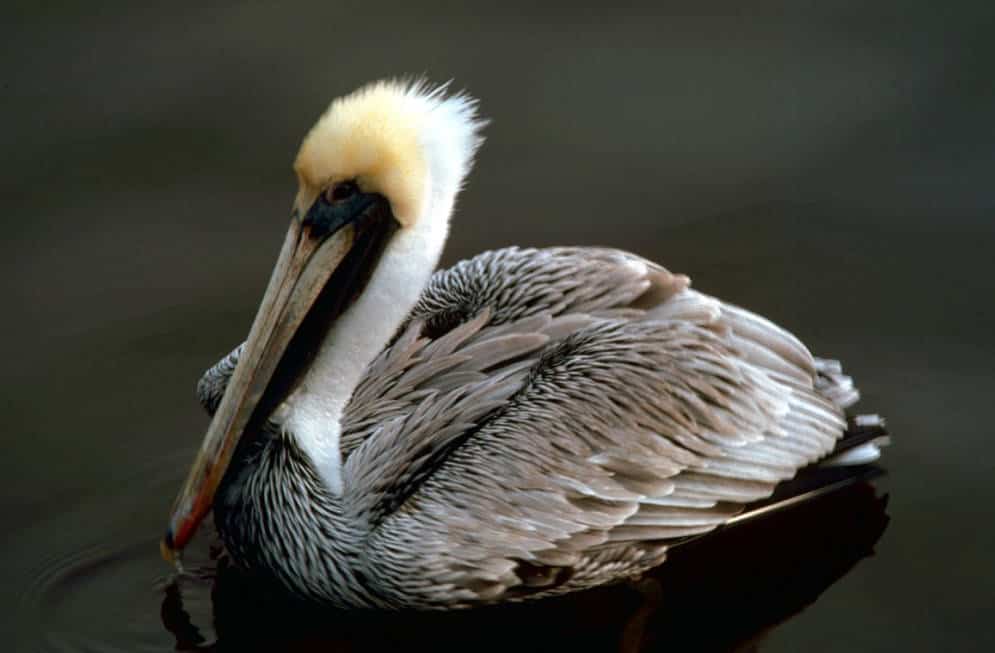