Sometimes, when one is hustling to get to work or an appointment, a streak of feathery color zips in front of the car and perches in a roadside tree. Or an unusual raptor circles the highway. Perhaps a different-looking duck is cruising the edge of a distant pond.

Dedicated bird watchers reserve blocks of time to concentrate on locating new and different species, but they also know that occasionally the best sightings come unexpectedly and often at awkward times. It’s wise to be ready to enjoy them at these serendipitous times, even if it means perhaps arriving at work a few minutes late.

My wife and I enjoyed an unexpected birding opportunity on a wintery day a few months ago, while driving a windy county road in southeastern Minnesota’s rugged Driftless Area. Birds weren’t on our minds as we rounded a corner and spotted six bald eagles feeding on something in a snowy field about 50 yards off the road. By the time we got the car safely pulled over and rummaged under the seat for our binoculars, the eagles were nervously eyeing us. Just as the birds decided they had important business elsewhere, our binoculars fogged up. All we could do was wave goodbye and bid them a good day.

We keep relatively inexpensive binoculars in our car in case we see something interesting, but usually they’re jumbled with the extra gloves, flashlight, miniature snow shovel, bag of granola bars, and other items stowed behind and under the seat. It takes a period of fumbling around to find them. And, because the temperature is different under the seat than up where we sit, the bino often fogs up.

A few years back, we tried solving this problem by keeping a binocular between the car’s seats, rather than storing it out of sight. It helped when we saw birds, deer, an unusual airplane, or anything else we wanted to observe closely, but that technique had a problem: For a while, a nefarious person was working our town, seeking valuables to steal from parked cars. Many times, the skilled thief nabbed a purse, camera, or binocular. Our police department offered good advice: “Never leave anything that looks valuable in plain sight when you leave your car. Take it with you, lock it in the trunk, or hide it somehow,” the spokesperson said.

It was good advice. Although our “car binocular” is not particularly valuable, a thief wouldn’t know that. By visibly storing it between the car seats, we were offering tempting bait. And the cost of replacing a broken window would be of more concern than a stolen $125 binocular. So, we returned to storing the binoculars behind the driver’s seat.

However, we recently found a solution to all of the above: the Bino Dock. This simple device fits snugly in a car cup holder and firmly but gently snuggles binoculars within easy reach of a driver or passenger. Not only are the optics readily available, they’re conditioned to the temperature and humidity in the upper part of the car and so are less likely to fog when we need them. They also stay clean in the dock and won’t get damaged rattling around with all the other debris behind the seat. Installation and removal are a breeze: No tools required.

Binoculars stowed in the Bino Dock are visible from outside the car, though, which might tempt a thief. An easy way to make them invisible is to use the binocular as a handy place to store a stocking or baseball cap. The cap hides the binocular and keeps dust off the optics. Sometimes we simply drape an old shirt or a jacket over the optics when we are away from our car.

Another advantage of the Bino Dock is that it encourages an active birder to remove the binocular from one’s neck and stow it in its convenient place when entering the car. Have you ever gotten into your car with your binocular around your neck, strapped yourself in, and then needed to use it— only to find it trapped against your body? How annoying! There, it’s impossible to get to or to use quickly. But not if it is stowed in the Bino Dock. There, the binocular is always conveniently located and ready to use.

* This column originally appeared in the May/June 2019 issue of Bird Watcher’s Digest. 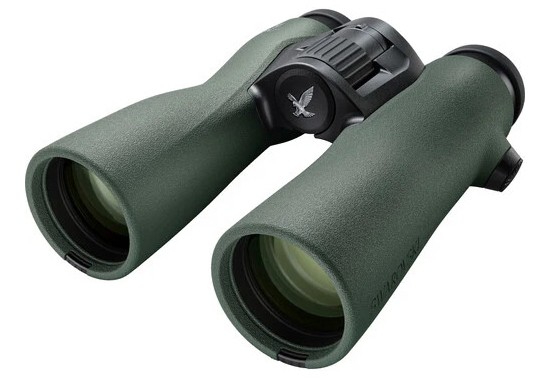